You know your day is going to be great when it starts off with these: 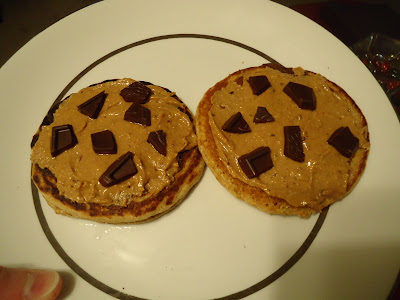 I still had two leftover pancakes in the freezer from when I made the best pancakes ever so I threw them in the microwave this morning and topped them off with this: 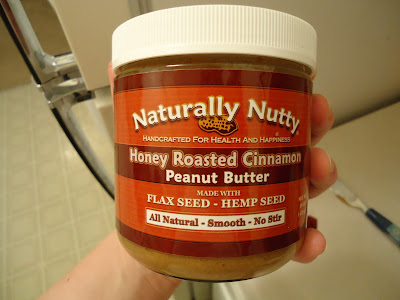 And one of these: 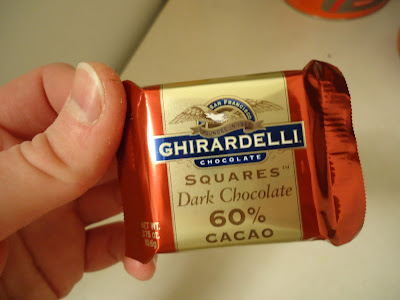 ﻿Popped them in the microwave for another 30 seconds so the chocolate would be all melty and delicious and BAM. Easy peasy chocolate peanut butter pancakes. 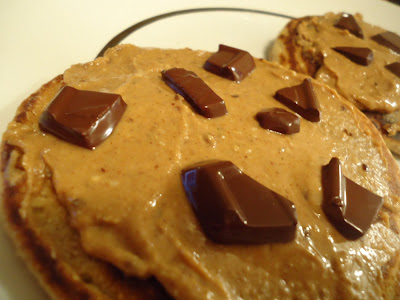 After breakfast we had two hours of class and then we rushed home on account of the fact that we had BIG plans. Can you guess what they were?
I'll give you a hint: 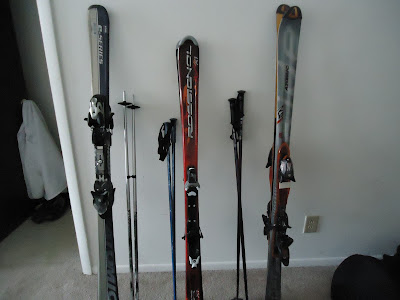 :)
I wolfed down a huge spinach salad full of dried cherries, lots of avocado, walnuts, sunflower seeds and feta and then we hit the road for Caberfae Peaks. ﻿It was a long drive (about 2 hours) and I munched on a Clif bar and some raisons on the way.
It was a great day for skiing and the slopes were packed. Must be that whole college day thing; our lift tickets were over 50% off! I heart student discounts. Also, I was stoked to try out my new goose down mittens that I bought yesterday: 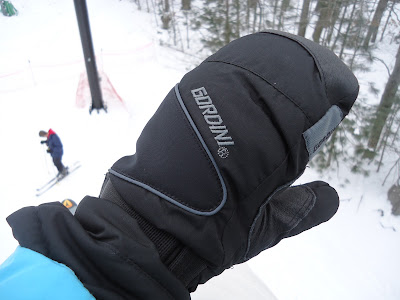 My hands still got a little cold, but they weren't nearly as bad as they were with my old gloves. Plus I love the fact that they are down. LOVE. The inside is just so soft and...down-like.
Some shots from the slopes: 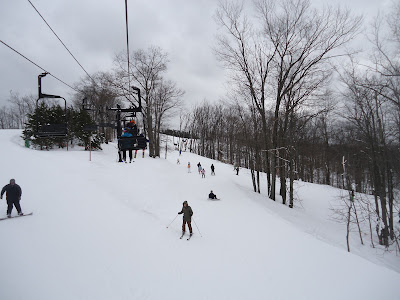 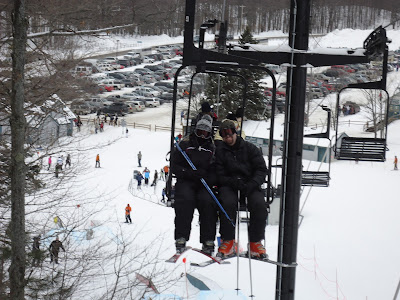 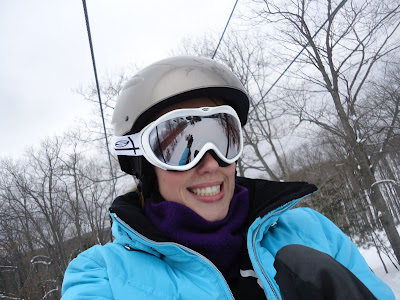 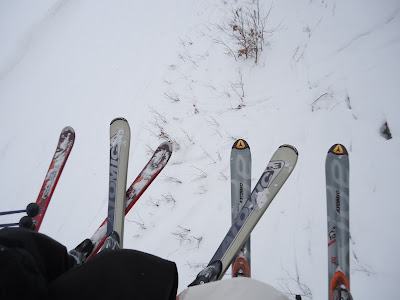 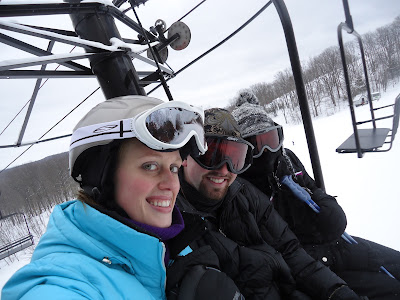 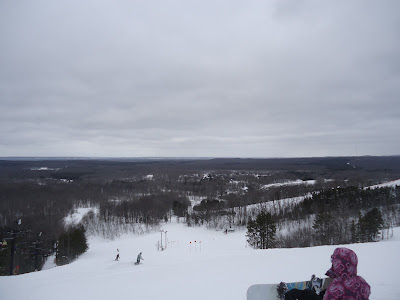 I was too lazy to pack my dinner this time, so we hit up the pub inside the lodge when we were ready for a ski break. I started off with one or two of these:
Eric ordered the same thing, only with whiskey instead of rum and regular pop instead of diet. Which I guess is actually something entirely different when I put it that way. 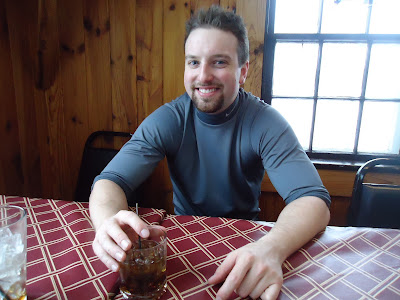 Aimee stuck with root beer tonight, which she said wasn't very good but she still slurped down two of them in a hurry! 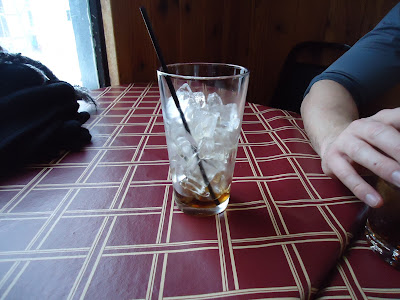 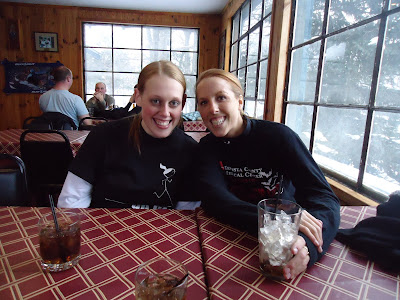 I was stoked to see an appetizer that included hummus when I opened the menu! It was called the Meze Platter and it came with hummus, roasted eggplant, feta, greek olives, and crudités﻿.
Me (to waiter): This is a dumb question, but what are 'crudités?'
Waiter: Huh?
Me: In the description of this 'Meze Platter' it says it comes with crudités *points to menu*. I don't know what those are.
Waiter: *reads menu description* Um, I have no idea. Some healthy crap. I don't eat that stuff.
Me: ......
Needless to say, I ordered the dish anyway and I was glad I did because it was pretty tasty! Minus the eggplant..that I could have done without. 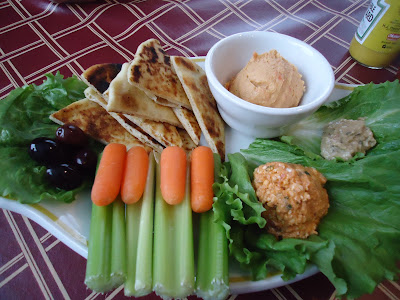 FYI: Thanks to Wikipedia, I now know that crudités are appetizers consisting of raw vegetables that are dipped into some kind of dressing. I kind of figured that out after the plate came out. 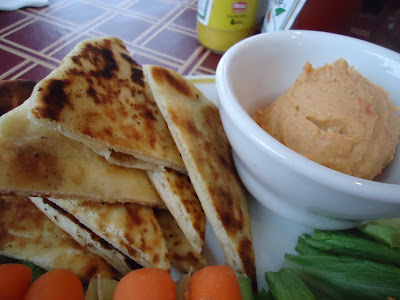 Of course the sweet potato fries were just begging me to be ordered, and I didn't want them to feel left out. 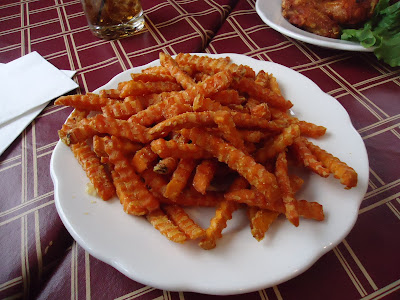 ﻿
After we finished eating, we headed back out and Aimee and I found this awesome jump that we went over about a billion times. Eric got a video of us! It's a little hard to see, but I go off it first and then there's a long pause where Aimee didn't know that Eric was ready for her and then she goes :) Check it out:
Well I'm off to hit the sack, I'm exhausted! See ya tomorow!﻿
Posted by Krista at 11:38 PM