The last time I threw pre-seasoned chemically-laden frozen fish in the oven cooked fish, I got kind of sick. While it's probably a coincidence that I spent my night in the bathroom on the same night that I ate Gorton's Grilled Tilapia, I'm going to think of it as a sign to stop being lazy and start preparing my own darn fish. That being said, tonight I cooked salmon. But not just any old salmon, cinnamon pecan crusted salmon. I even ground up the pecans myself. And by that I mean I poured them in Aimee's food processer and hit the "on" button. 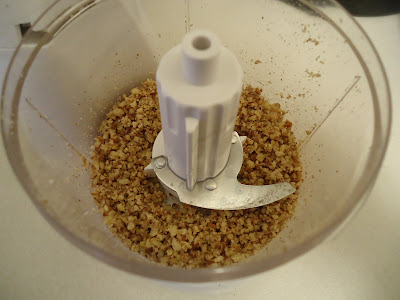 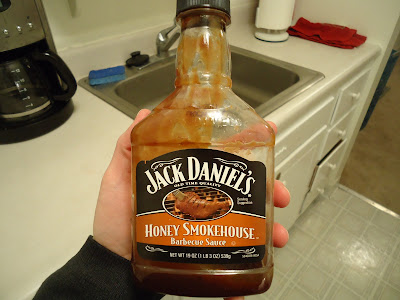 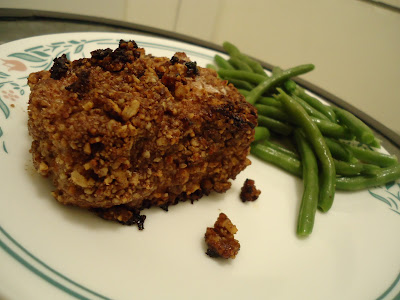 Oh salmon, how crunchy and flakey and delicious you are. 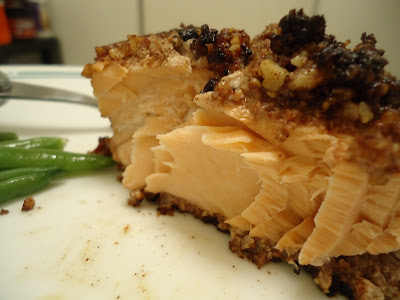 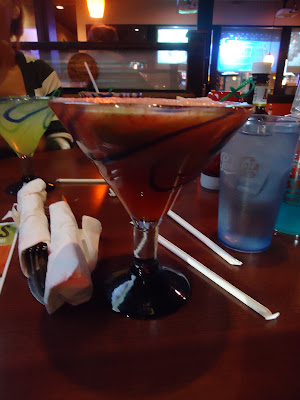 ﻿
I enjoyed every drop of that fabulous frozen strawberry margarita. 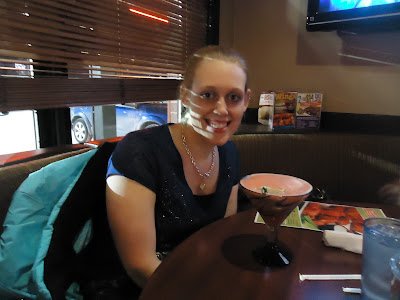 ﻿
But what's a drink without a huge platter of fried food to go with it? 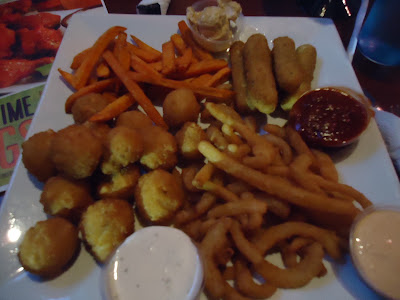 I'm sure half of you are shaking your heads at me, half are drooling over the delicious sweet potato fries, fried mushrooms, onion straws, and cheese sticks displayed in this picture, and if you're my dad then you're probably laughing at me.
I ate all of the sweet potato fries, most of the mushrooms and about half of the cheesesticks. Speaking of cheesesticks, allow me to direct your attention to Eric's dinner: 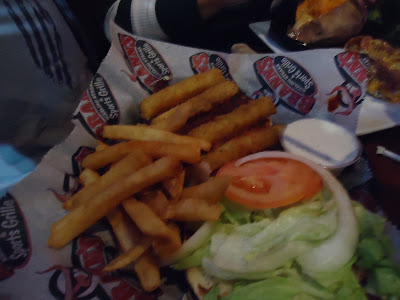 In case you can't tell, that would be a burger with cheesesticks on top. Have you ever heard of such an artery-clogging dish? That being said, he said it was amazing. And I believe him.
Alright friends, I'm off to go spend the rest of my Saturday night being lame. And by lame I mean sitting on the couch watching the Parent Trap on ABC Family. And probably eating some white chocolate chips.
Have I mentioned that I am horrible at dieting?
What's the most calorie-packing, waist-expanding meal you've ever had (or seen) at a restaurant?﻿
Posted by Krista at 7:36 PM