Tacos With My Little Bro

For those of you who don't know, I am a member of a co-ed professional pharmacy fraternity called Kappa Psi. I pledged my first semester at Ferris (also my first semester of pharmacy school) in Fall 2008 and I have met some of the most amazing people and made some life-long friendships through that organization.

One of the first things that you do as a pledge is pick a "big brother." This person is kind of like a mentor as you go through the pledging process. I don't know if I've ever mentioned this, but Eric is actually my big brother.

﻿
I was fortunate enough to have two amazing little brothers as well. Sarah pledged ﻿in Spring 2009 and Brian pledged in Fall 2009.

Every January if you're on campus, you can get your picture taken for a new composite of all of the current ﻿members of Kappa Psi. Here are the composites from the last two years, and I apologize for the poor quality: 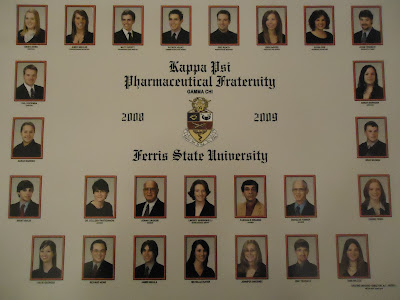 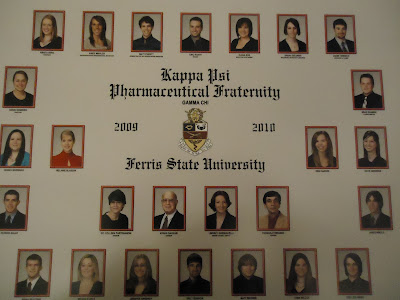 Can you spot me??
So, why the random post about my fraternity? Well, today they were taking pictures for this year's composite up in Big Rapids and I decided﻿ to make a trip up there to get mine taken. I also made dinner plans with Brian, who I haven't gotten good bonding with in far too long!
Before I dive into dinner, I gotta give a shout-out to my friend (and current Regent of Kappa Psi), Brad. Upon my arrival at the Kappa Psi house tonight, Brad immediately told me that he gets my Twitter updates and now reads my blog every day. It made me laugh and I told him I'd feature him on the blog. Everyone say "hi" to Brad! 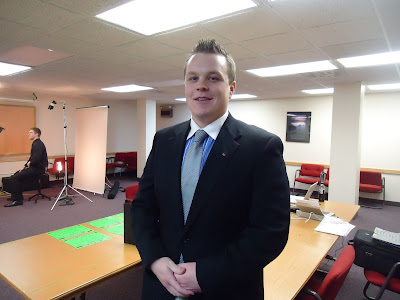 After we finished getting our pictures taken (see Brian in the corner?!) Brian and I hit up El Burrito Loco. Big Rapids has a whole five restaurants to choose from, and El Burrito is always one of my favorite places to hit up when I'm in town. Started off with some chips and salsa: 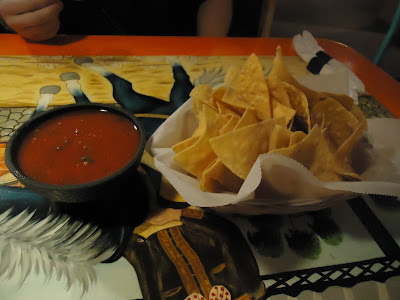 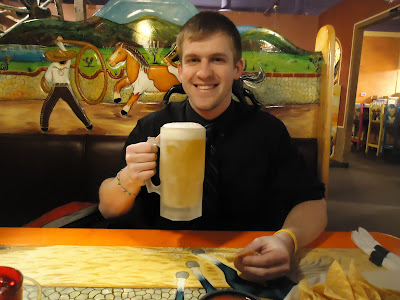 His beer may have been bigger than his head, but my plate of food topped it all! 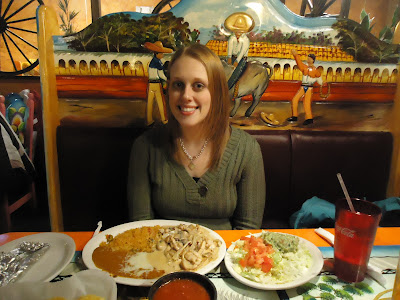 ﻿
﻿
Or should I say, plates? I ordered the Pollo Supremo, which came with all this: 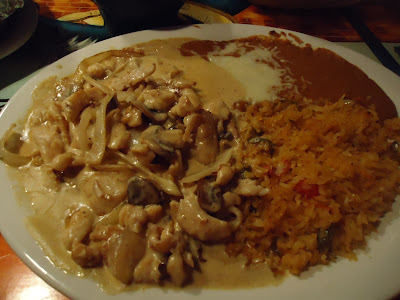 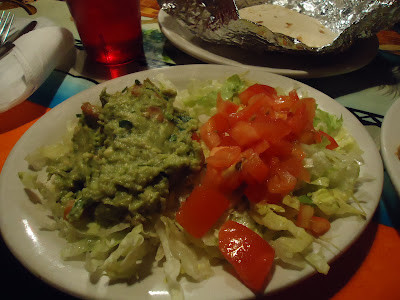 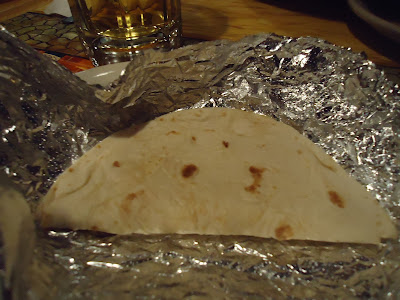 ﻿
I was starving! I had three soft tacos stuffed with a cheesy chicken, mushroom, and onion mixture, refried beans, lettuce, and gauc. 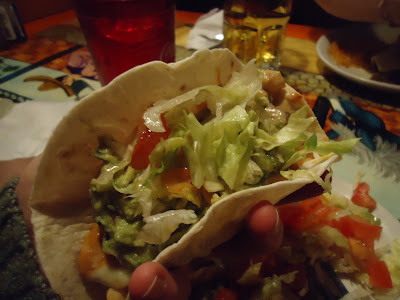 Brian and I spent over an hour and a half catching up at the restaurant. It was great chatting about school, Kappa Psi, and his upcoming wedding plans :)
Well I'm off to get some zzzz's. Gotta get some rest before my Linkin Park concert tomorrow!! I'll see ya later :)
Posted by Krista at 11:21 PM