Catching up on weekend posts? I went to Detroit for the Kappa Psi Province V Spring Assembly and had a blast! You can read about it here and here.

I mentioned at the end of yesterday's post that I have some kind of nasty cold/laryngitis going on right now, and I'm sure all of the staying out late/drinking/eating crap over the weekend didn't exactly help my white blood cells do their thang. As a result, I felt like complete garbage yesterday when we got home and all I wanted to do was lay in bed all day and eat oatmeal. 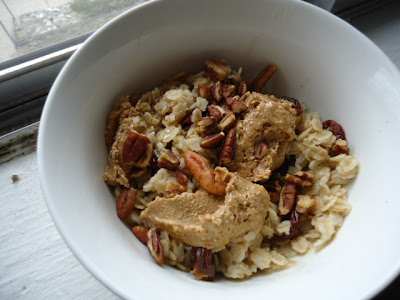 
Some of you have asked what kind of nut butters I use and where to get them. I pretty much always use Naturally Nutty. The founder of it is from Traverse City (where I'm from!) and that's where she originally started making all of her nut butters. I guarantee you that they're the best nut butters you will ever taste. 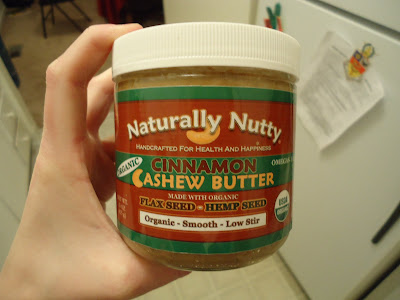 You can find them in some health food stores and in some (large) grocery stores, but unfortunately this brand is not sold everywhere and can be hard to locate. I would call ahead to see if a store carries them, or you can order straight from their website. However, be careful: once you open a jar, it's pretty easy to eat the entire thing in, like, a day. I have a hard time exercising self control with nut butters in general, so I've been limiting myself to once a week while I'm still working on my weight loss.

I woke up early and hit the gym this morning before class, which wasn't hard since I passed out at 8:30 last night. I kept it light since I'm still sick and just did some cardio (20 min StairMaster/20 min bike). After my workout, in an attempt to pack as many nutrients into my breakfast as possible I made my first green monster. I've always been skeptical about putting greens in my shakes/smoothies because it just sounds so disgusting, but I was pleasantly surprised. Into the blender went all of this: 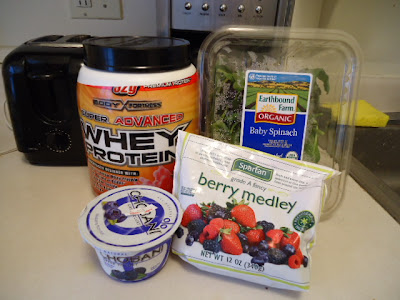 I'm not sure if it's because I used blueberry yogurt and a lot of frozen berries, but my green monster wasn't green! Sad face. 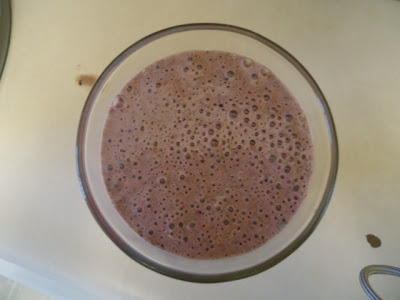 ﻿
Trust me, there's a LOT of spinach in there! 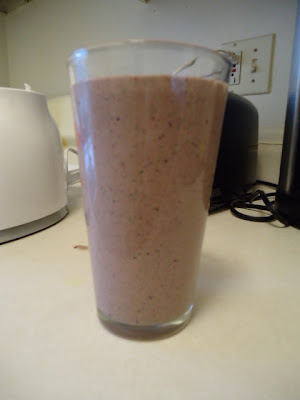 I couldn't believe it, but you really can't taste the greens. I even had Eric try it without telling him what it was. After he said it was really good, I told him it was loaded with spinach and he was shocked. This is a guy who avoids veggies like it's his job (not that I blame him) and he STILL said he needs to get the recipe from me. Now there's your proof that it's delicous.
Well I've got a full day of class ahead of me and then I'll be spending the night getting ready to head home for almost an entire week! Holler for Easter break.
P.S.: One week ago, I was biking in 80 degree weather. Today, it looks like this outside. 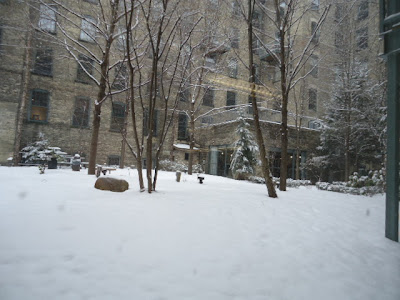 *insert frustrated-with-stupid-Michigan-weather face here*﻿
Have you ever made a green monster that wasn't green?
Posted by Krista at 10:02 AM