Despite my predictions, last night ended up being a lot of fun! Some of our pharmacy classmates who have been on the Kalamazoo campus for the last year and a half were in town and so Eric and I headed out to meet up with them, have a few drinks and catch up.


We started out at My Bar and Grill and then headed down the street to another bar that I can't remember the name of. It was 80's night there, and while we had a blast dancing to Love Shack, eventually we got tired of it and wanted to go somewhere that was playing more music from this decade. We walked down the road another couple blocks to our final stop of the night, McFadden's, which is one of my favorite bars in downtown Grand Rapids. We hadn't planned on staying out too late, but we ended up staying at McFadden's until almost 1:00 because we were having so much fun. I was really glad I got to see some of my old friends that I haven't seen in a while.


I was the DD so I only had a couple of drinks before switching to water. It was so nice to wake up this morning after a fun night on the town and not be hungover. I started my day with a delicious bagelwich that had muenster cheese, raspberry preserves and egg whites on an Everything Bagel Thin; plus a side of more egg whites for some extra staying power. 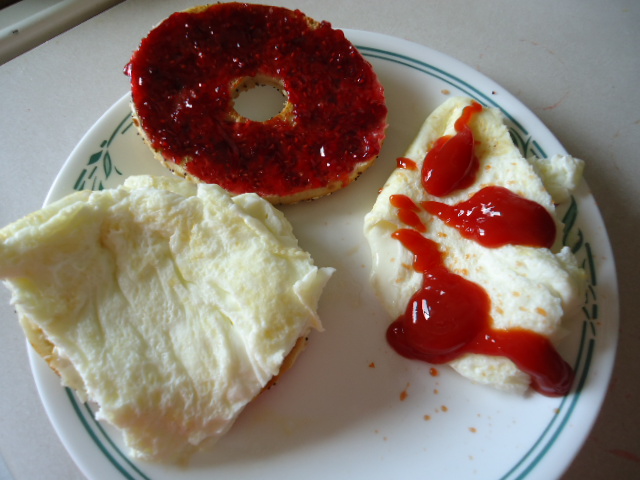 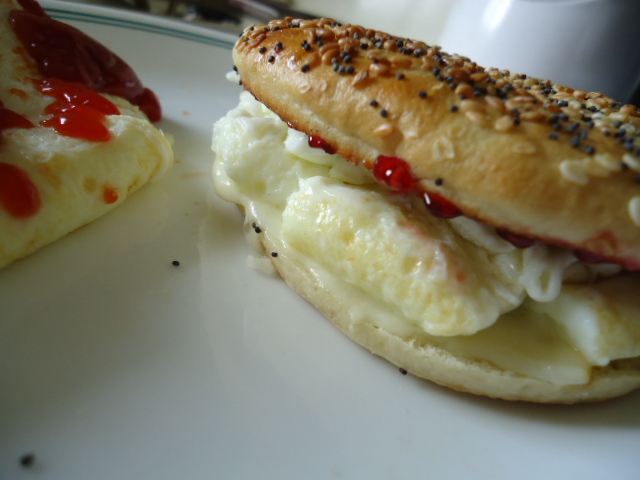 I needed this stabilizing breakfast this morning; I've got a busy day ahead of me! Eric's birthday is on Tuesday and his sister is coming into town today to help us celebrate. This will be two nights out in a row for the girl who normally sits around at home in her pajamas reading blogs on Friday nights. I feel like I'm moving up in the world :)


Well, I'm off to hit the gym for a good cardio sesh so I can enjoy these birthday cupcakes later without guilt ;) 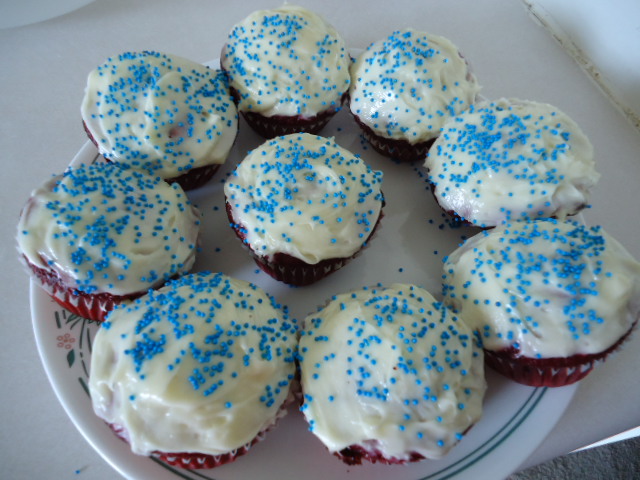 Have a great weekend!
Posted by Krista at 11:02 AM