Hey guys! I hope you all had a fantastic holiday weekend. If you're catching up, on Sunday Eric grilled some tasty steaks and yesterday I went on an epic bike ride.


I know a lot of you are slowly but surely getting back into the normal "routine" today, but I'm incredibly lucky in the sense that for the next three weeks, I don't have a routine! I'm done with classes for the summer, I finished my three week IPPE on Friday, and I don't start my first rotation until August. My first couple months of rotations are up in Traverse City, and I'll be moving back up there on June 18th to live at home (no rent!) and work for a few weeks before I start. I didn't want to move back home right away because I decided I wanted a little break from my crazy busy schedule before it starts back up again, and I must say that I am quite enjoying it! I was actually planning on working a bit at my store down here in Grand Rapids, but my boss couldn't find me any hours. Looks like I'll be spending a lot of time at the gym over the next few weeks ;)


Speaking of the gym, let's get to this morning's work-out! I decided that I want to start incorporating more glute work into my routine because let's face it, my a$$ is pretty much non-existant (in the muscle department, that is; there is plenty of jiggle there!). I never really noticed it until I went swim suit shopping this year. Almost every suit I tried on fit me fine everywhere except the tush, where I was left with a bunch of saggy fabric. It's time to firm up that booty! I turned to my favorite magazine for some ideas: 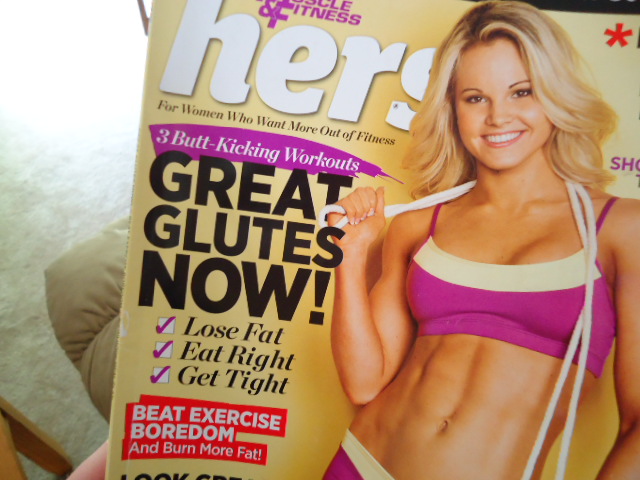 And did a slightly modified version of this routine: 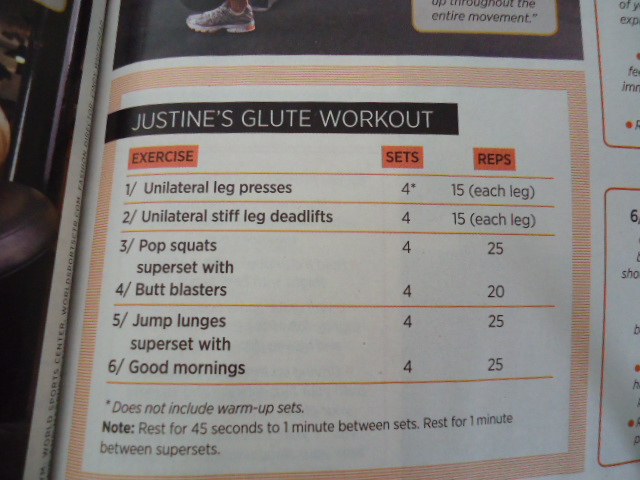 I can definately tell that my glutes are undertrained because I was shaking after just the first exercise. By time I completed the single leg deadlifts (which were VERY difficult and required a lot of balance) I could hardly walk. In the end, my work-out ended up looking like this:

I chuckled at the thought of doing any cardio when I was finished. It may seem like a short work-out, but it actually took me nearly 45 minutes, probably because of the insanely long rest periods I took in between sets. Hey, I was still hobbling out of the gym when I was done so I'm perfectly okay with long breaks!

After the gym, we all had plans of hitting the pool for the afternoon. Unfortunately we arrived to discover that it was closed due to a "chemical inbalance." I have no idea what that means, but I was quite upset. I had big, big plans of laying out in the sun for hours and falling asleep to my iPod. Since both of my roommates had the day off today and we all wanted to take advantage of the nice weather, we headed out to our backyard instead. First they went and layed out for a little bit while I made myself some lunch: 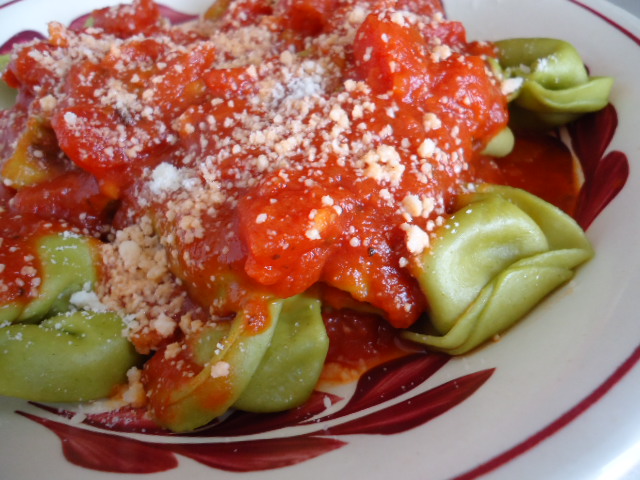 And then I went outside and joined them. They tossed a football around: 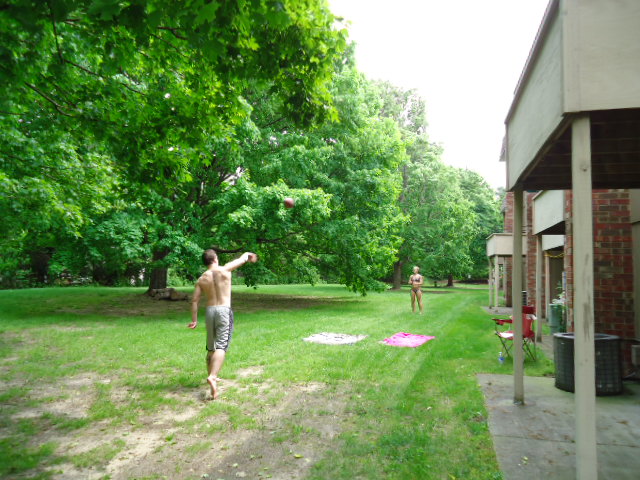 While I blogged :D

I'm off to get a few things done, and then I'm heading to yoga later :) Have a great day!
Posted by Krista at 2:16 PM