Getting Back On Track

Earlier this year when I was on an oatmeal kick, I thought it would be a good idea to buy a five pound bag of the stuff. Of course, shortly after I bought it I stopped eating oatmeal every day and now four months later, I still have over two pounds of raw oats waiting to be eaten. 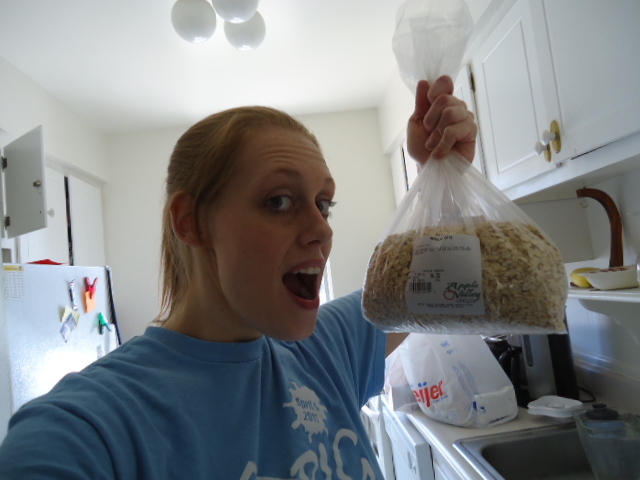 So I thought to myself, hmm, what's the best way to use up oatmeal fast? Um, I think we all know what the answer to that is: make cookies, duh.


Since I only have one final left tomorrow and it's my easiest one, I decided it would be a good afternoon to brush up on my baking skills. We also have our annual end of the semester party tomorrow night in Big Rapids so I thought it would be nice to bring the cookies up for that.


As excited as I was to get to work in the kitchen, I was actually quite disappointed in the way the cookies turned out. Now, I never claimed to be a star chef, but I can follow a simple cookie recipe. I used this oatmeal raisin cookie recipe and didn't really think anything of it when the dough was more runny and cake batter-like than cookie dough-like. However, when my cookies came out, I could not for the life of me figure out why they were so cakey and had a bread-like consistency. 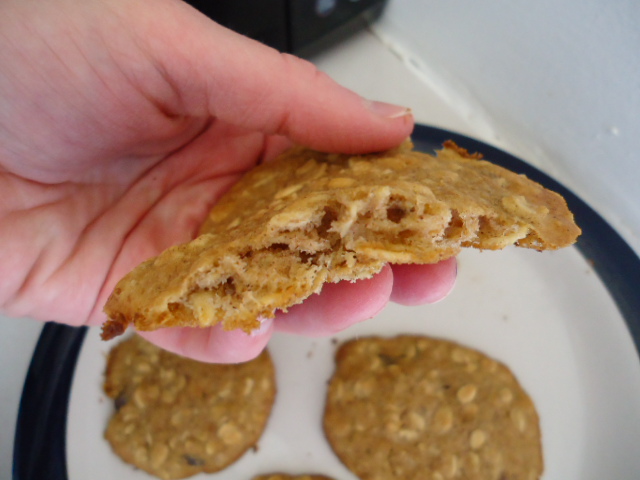 After talking to my mom and roommate and then spending ten minutes Googling it, I still didn't know why my cookies were more like cakies. They tasted fine, but I was still irritated. Finally I gave up trying to figure out what the problem was and decided that it was probably just the recipe, because heaven forbid I actually make a mistake.


Then, as I started writing this post with the intention of asking you guys if you had any idea what went wrong, I re-read the recipe one last time. 3/4 cup butter. Yeah, I thought, that's how much I used. Three sticks.


Krista, what were you just saying about being able to follow a recipe? Way. to. go.


For those of you are even less kitchen-savy than I am, one stick of butter is a 1/2 cup. Like I said, I don't know that much about cooking, but I'm willing to bet that using twice as much butter as a recipe calls for will make your cookies more cakey. Lesson learned.


Whatever, they still taste alright. Trust me, I would know. 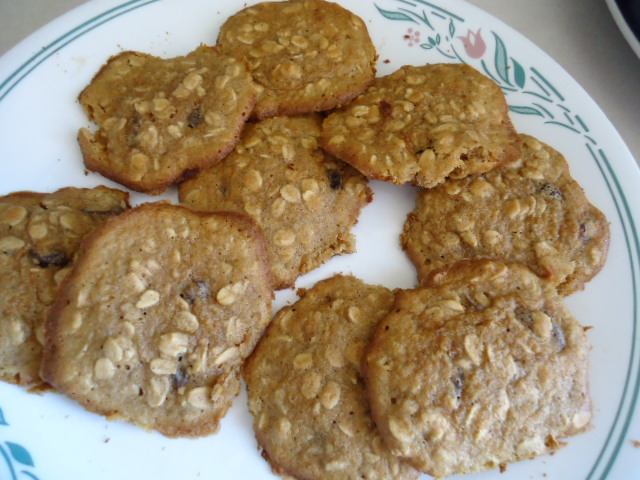 All I can say is that it's a good thing I used light butter.

Getting back on track.

As I mentioned earlier in this post, I only have one more final tomorrow and then I am completely done with the semester. I could not be happier about this, as the stress and exhaustion from the last two weeks is really starting to wear on me. I've literally had to drag myself to the gym, and even when I have made it there my work-outs have been pretty lame. My eating has also been, to put it bluntly, out of control, as I briefly discussed on this post. However, for the first time, I am not beating myself up about it. Yeah, I may be a couple pounds heavier, but I also just completed my third year of graduate school. That's something that I'm pretty dang proud of.

The next few days are still going to be pretty scattered, but next week I will be on a regular schedule again. I'm starting my institutional IPPE (Introductory Pharmacy Practice Experience) at a local hospital on Monday and will be there every day for three weeks. I'm also going to be starting a new gym routine next week and having a busy schedule will help get my eating habits back under control. Nobody's perfect and everyone gets off track sometimes. It's not the end of the world and a few days of bad eating are certainly not going to un-do all of my hard work.

Speaking of being healthy, I'm off to go make Jell-O shots for the party tomorrow. 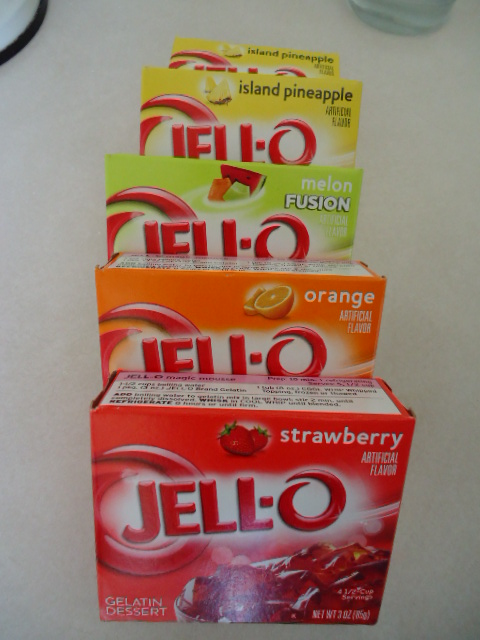 On the menu:
Tomorrow is going to be a good night ;)
Have a great night everyone and if I don't get a chance to blog before-hand, I'll see ya after the party!
Questions:
Do you find that your eating habits are healthier when you exercise?
I always try to force myself to get my butt to the gym even when I really don't feel like it because I find that I tend not to eat quite as badly after I've exercised and I'm feeling good.
Have you ever accidently messed up a recipe? Make me feel better about myself and tell me about your biggest cooking/baking fail!
Posted by Krista at 5:52 PM