I was planning on doing a What I Ate Wednesday post today, but changed my mind for a couple of reasons. For one, I really just ate the same old stuff that I've been posting pictures of for the last week (think bagelwich, salad and oatmeal). Secondly, I've come down with some kind of yucky something or other and I sort of feel like garbage. I didn't think about taking pictures today because I was too busy slamming ibuprofen and thinking about how much I would have rather spent the day in my warm bed than at my IPPE. Oh, and while I'm on the subject of complaining, I'm already sick of these stupid compression stockings.

Since I didn't want to leave you without a post (I know I'd be sad without an update of my life) and discussing my boring food/whining about being sick took up way less space than I predicted, I decided to do a survey for you all to enjoy. I stole this from Kate since she pretty much rocks.


2. Where is the weirdest place you have a mole? I can't really think of any odd places, but I do have a bunch of little moles all on the left side of my face.


I'll probably be getting a phone call from my mother shortly asking if I've had those looked at lately.


3. Who was the hottest teacher you ever had? I don't feel comfortable answering this question until I graduate due to the 0.001% chance that this professor may stumble across my blog sometime in the near future.


4. Have you ever made out in a movie theater? Sadly, no. I sort of missed out on all the typical high-school dating experiences because I was fat I never had a boyfriend.


5. What body part do you wash first? My hair. The order goes shampoo, conditioner, face, rinse out conditioner, body. Always, every time.


6. Do you hover over the toilet in public bathrooms? Mom, please don't read this. No, I usually don't. I mean, obviously if there's pee or something on the toilet then I do, but otherwise, I'm totally guilty of sitting on the nasty, germ-infested public toilet seat. Except apparently on my 18th birthday when my friends and I decided to have a photo shoot in the bathroom.


7. What’s the strangest talent you have? I can stand on my head! But that's not really that strange. I'll have to get back to you. 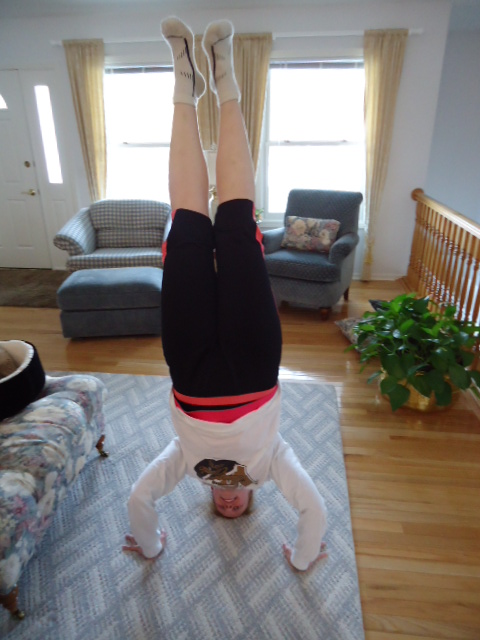 8. Do you have an innie or an outtie? Innie!


9. Do you parallel park or drive around the block? Depends how big of a space there is. If there's a lot of room, I'll parallel park like a pro. If not, I park farther away. It's okay though because I need the exercise.


10. Which shoe do you put on first? I've never thought about it until now, but I'm pretty sure it's the right.


12. If you had to choose to not ever wash your bed sheets again or not wash your bath towel ever again, which would you rather not wash? Uh, ew. Both of those options are nasty, but I suppose I choose my bath towel. I would just air dry myself!


13. What was your childhood nickname? Other than Fatso, I didn't have any nicknames as a child. In high school my friends called me all kinds of strange things, including K-Dawg, K-Rock, K-Rista, Sniffles and Ketchup Butt. Now-a-days, most of my friends either call me Berg, Berg Berg, or skank. (That last one is just Eric.)


14. When is the last time you played the air guitar? Really? I have no idea.


15. Have you ever bitten your toenails? I think I just threw up a little. (In case you didn't know, I absolutely hate feet.)


16. How do you eat your cookie? What kind of question is this? I eat them twelve at a time.


17. When working out at the gym, do you wear a belt? No way, it's my goal to throw my back out. Plus, do you really think I lift enough to need a belt? 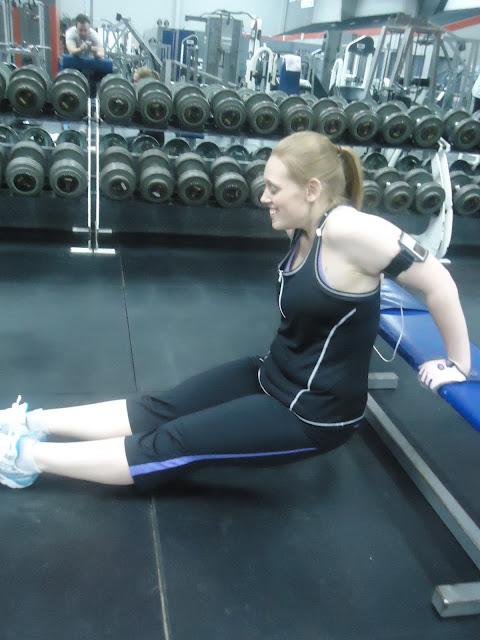 18. Name something you do when you’re alone that you wouldn’t do in front of others. Use my automatic foot massager. That thing is truely a miracle worker if your job requires you to stand all day. However, I get a lot of crap from my friends because of it since it has to do with feet. Whatever, I don't care. This thing is awesome enough that I want to share it with you and encourage you to invest in one if your feet hurt after a long day at work.


I use this one by Homedics and it's amazing. It's heated too! 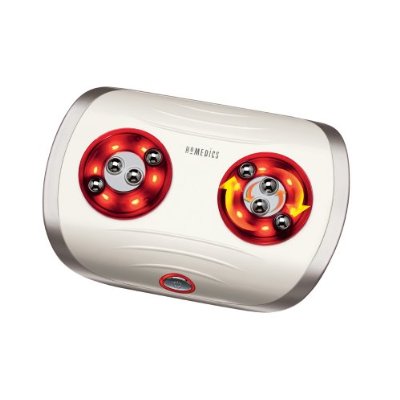 19. How often do you clean out your ears? Usually every day after I shower.


21. Do you have any strange phobias? Ummm...you could say that. I already mentioned the foot thing, but I'm also afraid of parrots, zombies, eye stuff (i.e., eye drops, other people touching their eyes, etc.), and rubber bands being flinged at me. Yeah, I know that is the weirdest combination of phobias you have probably ever heard of and my friends get a kick out of all of them. In fact, Eric actually did a drawing that he entitled "Poly," with the name itself referring to a common name for parrots and the spelling (P-O-L-Y) meaning "many", referring to my many fears. 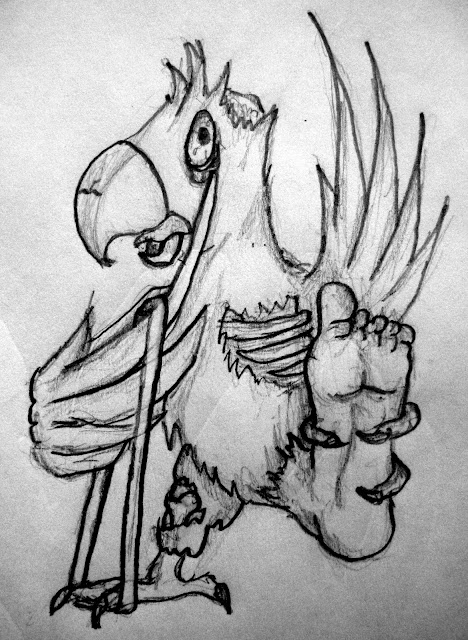 22. Do you freak out when you feel a sneeze coming on while you’re driving? Not really, I'm kind of a bad driver anyways so if I swerve from sneezing it wouldn't really be out of the ordinary.
Posted by Krista at 6:48 PM