Whew! My therapeutics finals are OVER! It feels so good to have passed them (guess my lucky shirt worked!) and to be done with that class forever :) Thanks everyone for all of the nice comments you've been leaving, I definately need all the luck I can get this week!

I've been sort of a lame-o blogger this weekend because of all my studying but in case you missed it, I ran a 5K on Saturday and I had a weigh-in yesterday. I know I owe you guys a decent post, but honestly not much has happened in the last couple days other than that!

After we got home from the exam today, Eric and I celebrated with a victory shot. He did his favorite vodka, but I'm not quite that hardcore and stuck with this: 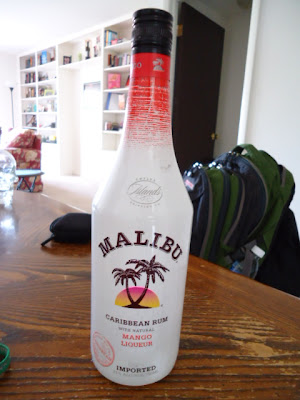 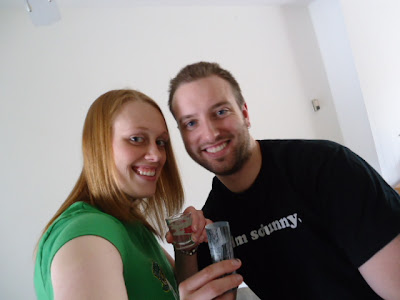 While we were still at school, I also had about five pieces of candy from this bowl that was left out for us students: 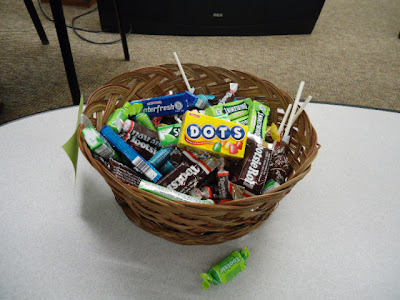 In other news, yesterday I made a chicken and broccoli quinoa stir-fry that I've been munching on for meals. 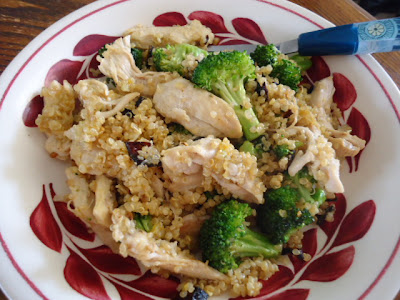 All I did was cook up some quinoa like normal (one part uncooked quinoa to one part water) over the stove while I sauteed some sweet onion in a pan next to it. Then I added some broccoli and pre-cooked chicken breast to the onion mixture so the broccoli cooked and the chicken warmed up. After the quinoa was done cooking, I threw it into the pan with the onion, chicken and broccoli; cracked an egg into the pan, added some soy sauce and garlic powder, and then mixed it all together until the egg was cooked (only takes a minute). Wa-la! Dinner is served.


It tasted pretty good, but I actually prefer it with brown rice. The only reason I used quinoa today was because I was out of rice. I also like adding spinach and mushrooms into the mix, but I was out of those as well.


Today I threw some of the left-over stir-fry onto a tortilla along with some organic refried black beans and some cheddar cheese to make a burrito for lunch. 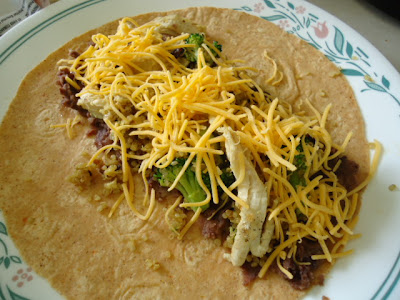 I popped it in the microwave for about a minute and it was delicious! 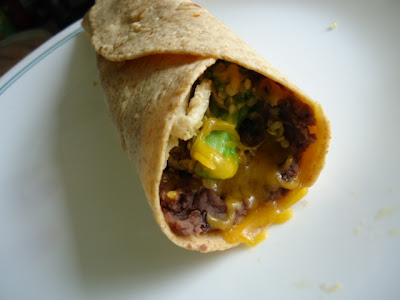 Alrighty, I'm off to go try to muster up the motivation to go to the gym and then I gotta start studying for tomorrow's final! One down, three to go!

Have a great night :)

What's your favorite way to make stir-fry?
Posted by Krista at 5:15 PM