Yesterday was the Festival of Races at the National Cherry Festival. There was a 5K run/walk as well as a 15K. I ran the 5K and my two crazy friends both ran the 15K. 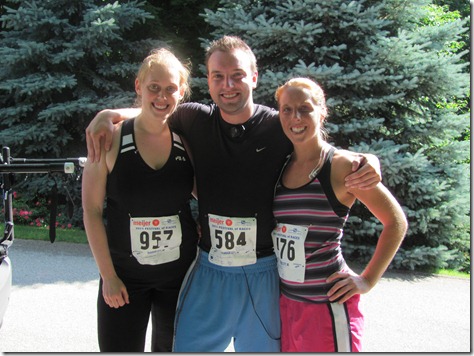 For the record, this was not my first race. It was actually my 7th 5K and my 8th race, so you’d think by now I would know how the whole “time chip on your shoe” thing works. Right? Wrong. 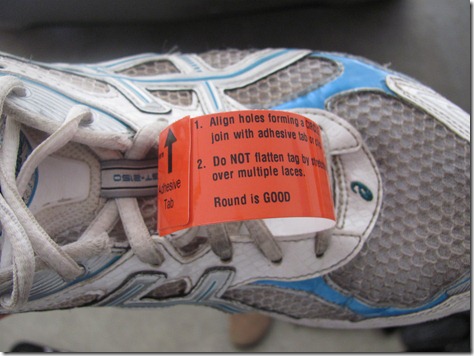 Yes, that would be the directions on how to attach the chip, not the actual time chip itself. What’s really bad is that I didn’t even notice I had done that until I saw Eric attaching his time chip to his shoe, and I told him that he was doing it wrong.

Me: Umm, that’s the wrong one. You’re doing it wrong.

Eric: *sarcastically* Oh, you mean you don’t put the strip with the chip on your shoe? 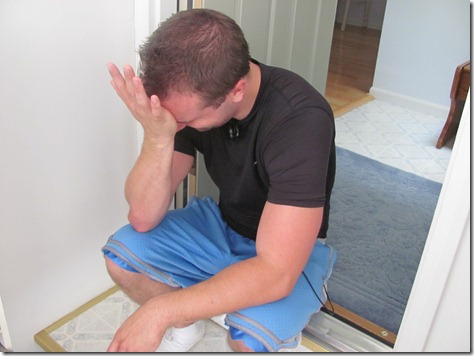 Don’t worry, I fixed it before the race. 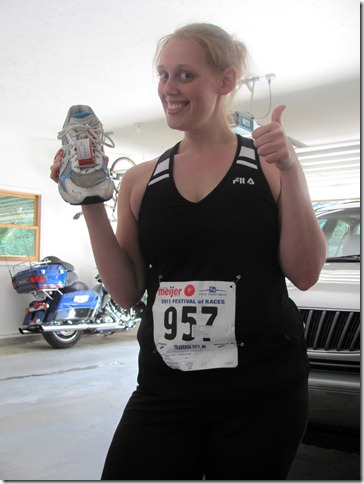 Good thing I’m such a know-it-all and tried to correct Eric, otherwise I wouldn’t have had a chip time. Guess I shouldn’t be too surprised, because that’s really just typical Krista.

We made it to the race start just in time for me to line up and head off. The race went alright, and even though I didn’t beat my personal record of 32:13, I still finished with a decent chip time of 33:23. The bottom line is that I haven’t been running or training much this summer (though I still workout six days a week) so I kind of deserve that time.

After I finished my race, I walked around and stretched a little while checking out all of the post race food. They had bananas, bagels and cookies 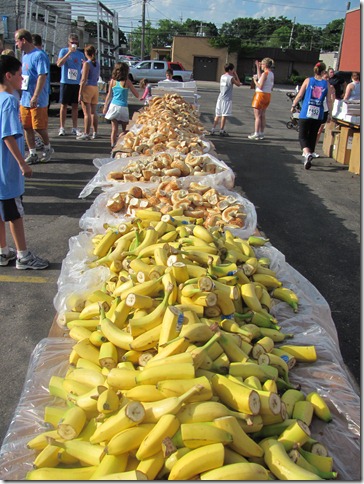 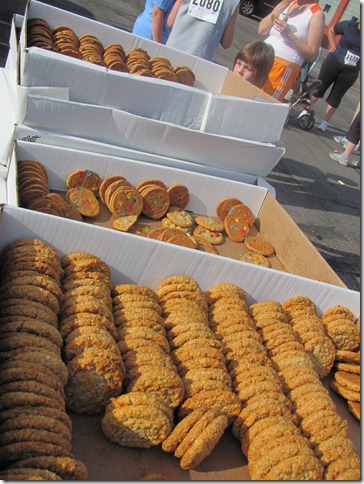 but I didn’t exactly need to refuel much after only 3 miles so I just munched on some cherries: 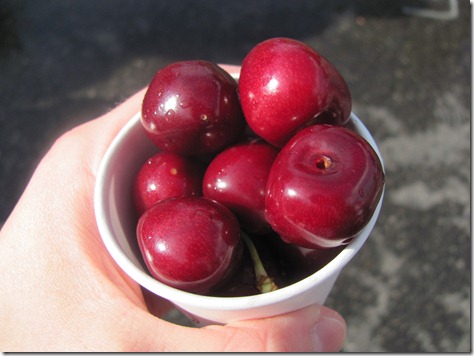 Then I waited around at the finish line for Aimee and Eric to finish their race. 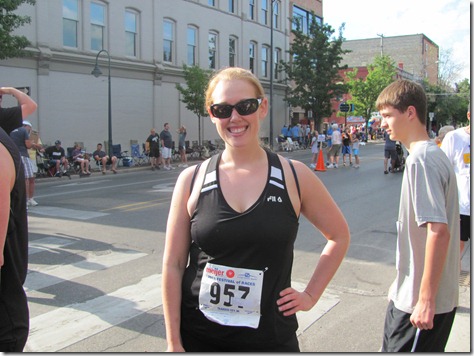 Despite the fact that Aimee has been having hip problems recently and Eric’s been having issues with sciatic nerve pain, they both did amazing! Aimee finished the 9.3 miles in 1:22 and Eric crossed the finish line in just over 1:29. I’m so happy for them! I’m especially proud of Eric because he was debating whether or not to drop down the 5K, but ended up running the 15K and doing fantastic. Who knows, maybe next summer I’ll be running the 15K too. Yeah right.

Oh! My dad actually made it down to the race just in time to get this video of me crossing the finish line. I was so happy he came! 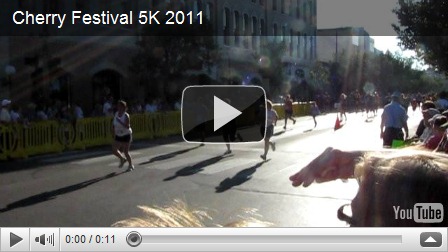 I may not be a huge fan of running, but I sure love races. All the people, excitement and cheering just gets me so motivated! Plus, I feel pretty cool walking around in my race bib

Off to figure out my agenda for the day. Have a good one!