I can’t believe the weekend’s almost over! I’m so sad

I have a hectic work week ahead of me so I made sure to take full advantage of having the past two days off. Yesterday evening I ended up making a last minute trip downstate to Owosso to go to my friend Brian’s bachelor party (more on that in a minute).

Before I left I wolfed down a tasty dinner: 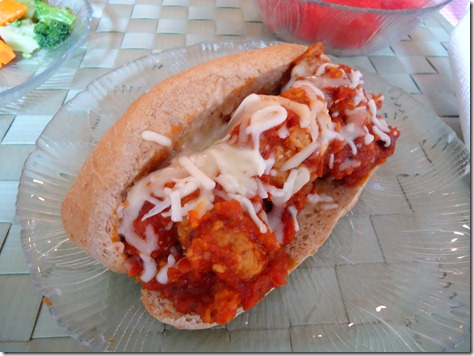 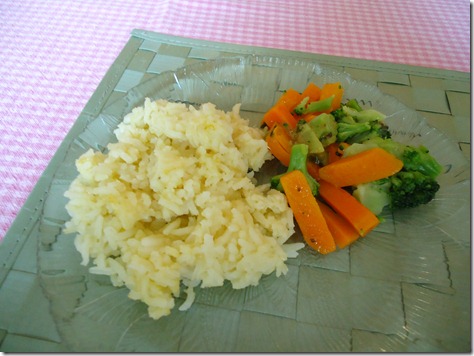 With veggies and rice on the side. Delicious!

When I finished eating it was time to hit the road for the bachelor party. Alright, now I know you are probably all wondering what the heck I was doing crashing this guys night tradition (For the record Lindsay, no, I was NOT the entertainment. haha) Well, Brian, my friend who is getting married, is my little brother in Kappa Psi. Ever since he joined the fraternity, we’ve been pretty tight. 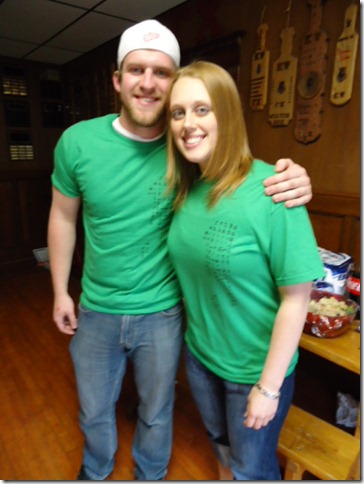 Anyways, when he texted Eric about the details of the party, he told him to invite Aimee and I (Aimee is my old roommate and another fraternity brother) because he was having a bonfire later in the evening and thought we would like to come. Aimee couldn’t make it, but of course I jumped at the chance to hang out with two of my best buds! I was a little nervous about driving all the way downstate to go to a bachelor party, because, well, awkward. However, I was assured that there would be other girls who would be showing up to the party. Well, that never happened. When I arrived at Brian’s house, I was greeted by about 12 very drunk and obnoxious boys running around the yard and acting like, well, like they were at a bachelor party! I immediately felt out of place and started to regret my decision to come, but after an hour or so (and a couple of drinks) I started to have a good time. Brian was really glad that I went and it was nice to see him again before the big day next weekend.

Sadly, I didn’t take any pictures at the party (both of the above are old photos; the top one is from End of the World 2011 and the second one is from St. Patty’s Day 2010). However, I did manage to get some pictures of my five-star breakfast this morning: 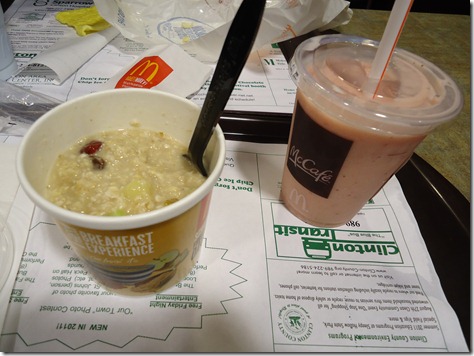 I decided to drive over to Grand Rapids for the day to hang out with Eric since I didn’t have anything else going on, and on the way over I realized how seriously hungry I was. I told him to stop where ever he wanted, I just needed food!

McDonald’s was his pick, and I satisfied my growling tummy with some fruit and maple oatmeal and a small strawberry banana smoothie. 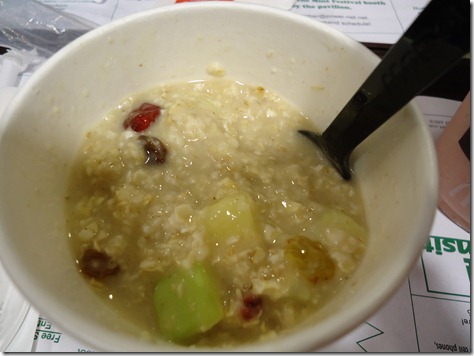 I actually really do like this oatmeal, but unfortunately it’s loaded with sugar, as was my smoothie. It was a nice on-the-go breakfast, but I had a serious sugar high the rest of the morning!

When we got to Grand Rapids we spent most of the morning and early afternoon napping (did I mention I slept in a tent in Brian’s backyard last night?) and then went out for a late lunch before I headed back home to Traverse City. Eric had been craving pizza for a couple days, and anyone who is a regular reader knows that I have a serious soft spot for Pizza Hut, so you shouldn’t be surprised by our dining location. 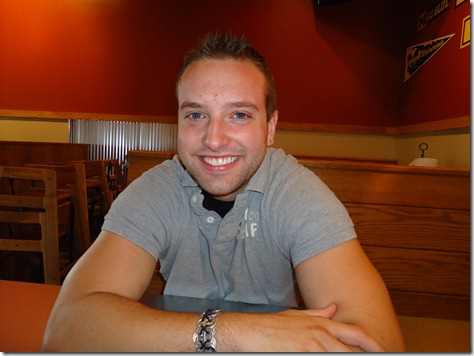 (I told him to “look happy” in that picture) 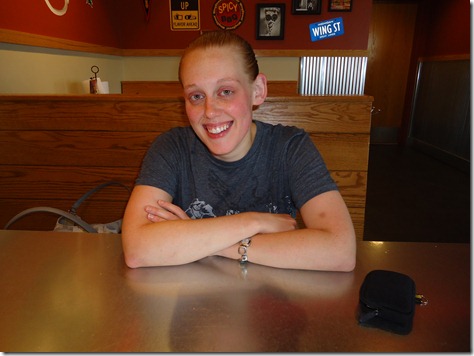 While we were waiting for our food Eric saw this picture of Pizza Head (?) and got really excited because it reminded him of seeing old Pizza Hut commercials as a child. I had never heard of it, and when I informed him of this he was quite appalled. He took a photo and told me to post it on the blog to see how many of you remember this guy: 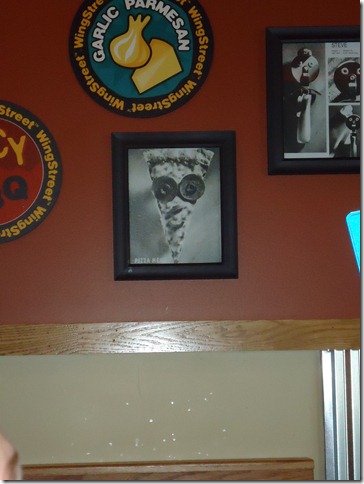 Lunch with a side of a foodgasm: 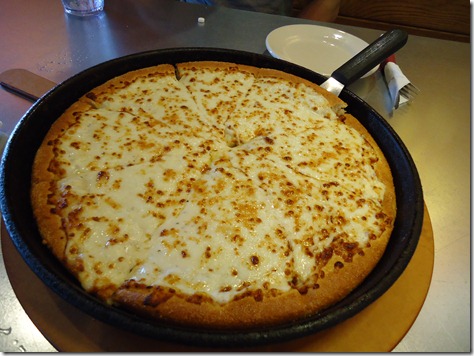 We easily could have wolfed down that entire pizza in no time, but Eric kindly reminded me of the importance of portion control (I knew there was a reason he was my best friend) and we both stopped at two slices. Okay, 2.5. Same thing. 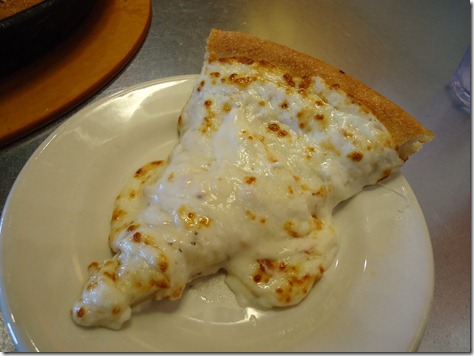 As we were devouring our food, we both agreed that if we had to have a last meal, this pizza very well might be it.

I promise there will be veggies in tomorrow’s post.

If you had to have a last meal, what would it be?