After our chill night in last night, Melissa and I woke up this morning ready to hit the gym! Due to my busy schedule (and getting called in to work early the other day) I haven’t worked out for the past two days. You can imagine how ready I was to get my sweat on this morning! Melissa lifted weights and I completed 45 minutes of cardio, divided up into 25 minutes on the Arc Trainer and 20 minutes on the stationary bike.

When we returned back to her apartment, I munched on a random mixed bowl of cereal. 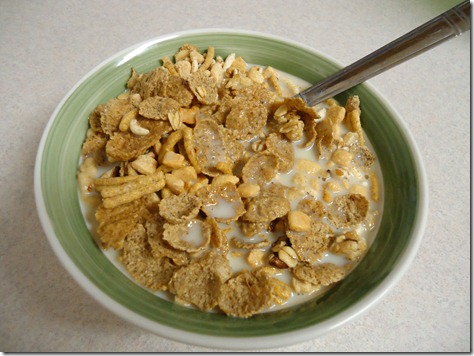 The rest of the morning consisted of surfing the internet, chilling on the couch, and getting ready for the day. A couple of hours later, Melissa’s boyfriend Nick joined us and took us out for lunch. This was my first time meeting him, but after his phone rang within two minutes of him walking in the door and I heard his Linkin Park ring tone, I knew he was cool

We went out to eat at Jon’s Drive-In. 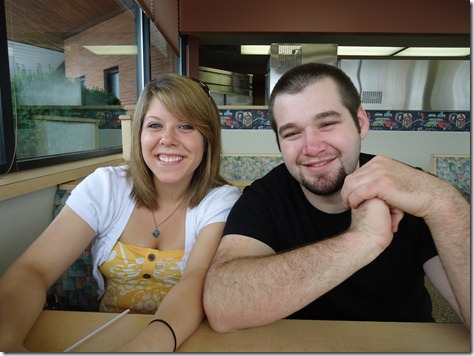 I’m going to be honest, I picked this place because I have had the biggest craving for an Oreo shake for the last couple days and I assumed when I saw the big neon sign that said “shakes” hanging in the restaurant that Oreo would be one of the flavor options. Unfortunately, I was wrong. (What is it with this town and drink disappointments?) Melissa and Nick encouraged me to try another flavor, but I refrained and stuck with water. If I’m going to eat junk food, it’s going to be something I really want. 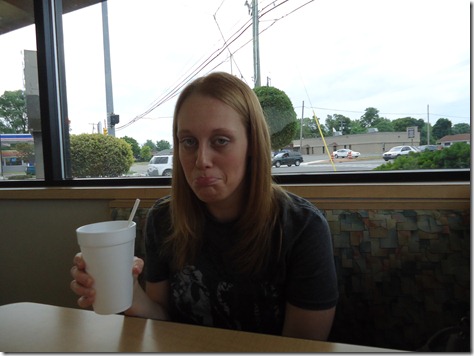 After scoping out the menu board (so cool!) 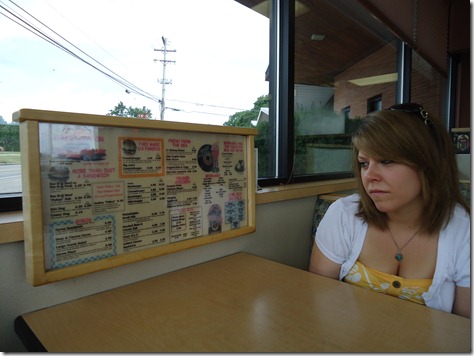 Melissa and I decided to split two meals: the gyro and the BBQ pork sandwich. 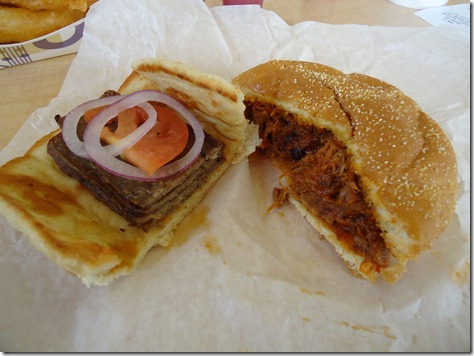 The were both AWESOME.

I also had a few of these babies: 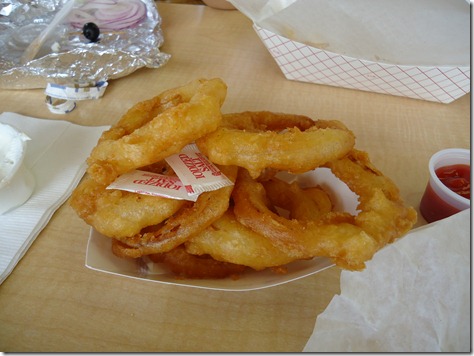 After we finished our food we decided that a trip to Cold Stone was in order after being disappointed by the lack of Oreo shakes at Jon’s Drive-In. 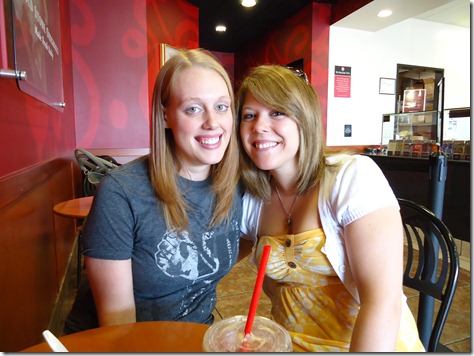 I walked in bound and determined to order something with Oreo in it, but immediately was intrigued with the cake batter ice cream cupcake. I asked the girl if there was any way she could make me a single cupcake (so I didn’t have to buy a box of six) and she said yes! I was SO excited. 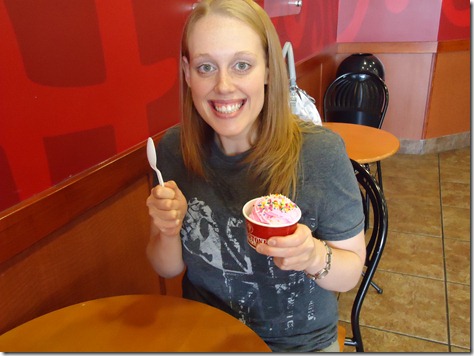 Ohmyword this was good. 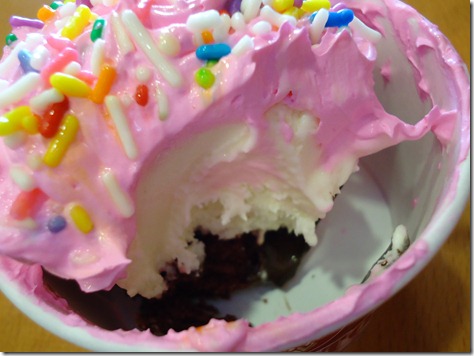 Totally forgot about that Oreo shake once I had a bite of this.

Now I’m off to go get ready for my friend Brian’s wedding! I can’t wait to see all of my Kappa Psi brothers again and celebrate this special day