“Back To School” BBQ

Hey hey, hope everyone is having a great weekend so far. Mine has been fantastic

Yesterday morning I drove down to Grand Rapids for a day of fun with my friends. A lot of my friends who are in the class below us (the third year pharmacy students) decided to move into the same apartment complex that we lived in for the last year and the one that Eric still currently lives in. (Aimee, Eric and I used to live in a three bedroom townhouse, and now Eric lives in his own studio apartment and Aimee and I are both in different cities.) Anyways, since our friends start classes on Monday we decided to have a little “back to school” BBQ to celebrate the end of summer, even though us P4s have already been on rotations for a month now. 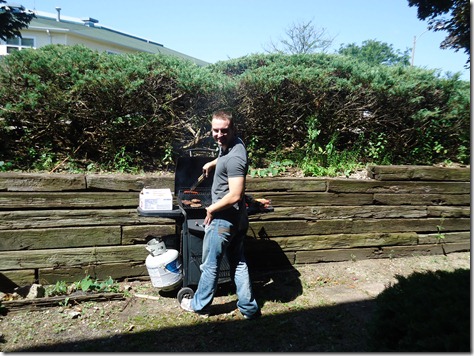 And cooked up some delicious burgers and hot dogs.

Aimee baked fresh cookies and homemade dip, and I provided a fruit plate. We had a nice little spread! 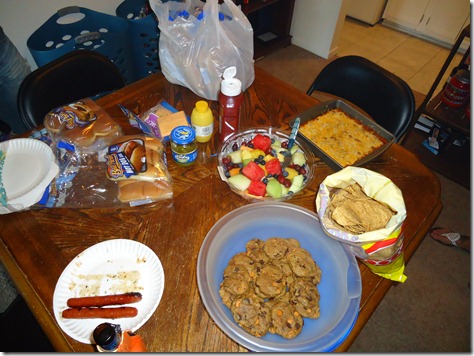 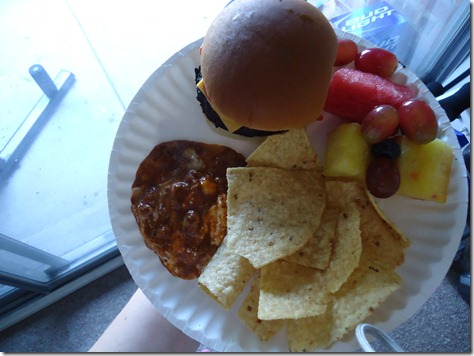 I made up for my lack of cookies with lots and LOTS of chips and dip. Probably not the best decision for my waist line, but that dip was sooo good!

Everyone chatted and had a great time while we enjoyed our lunch. 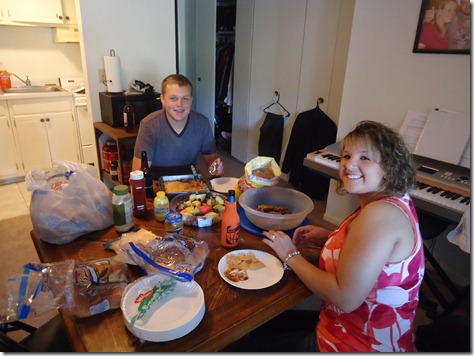 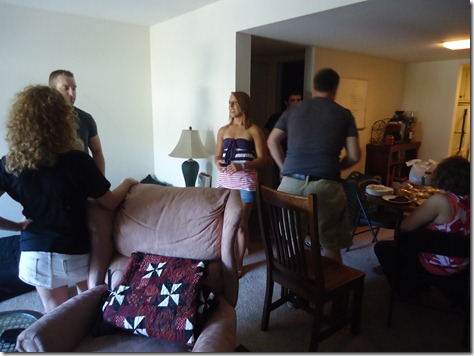 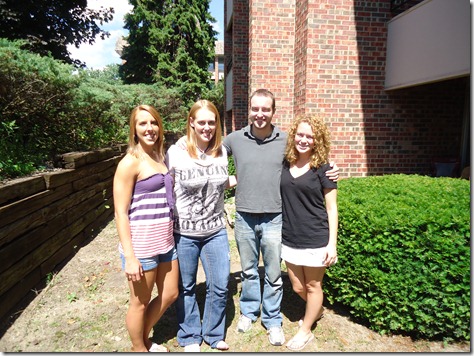 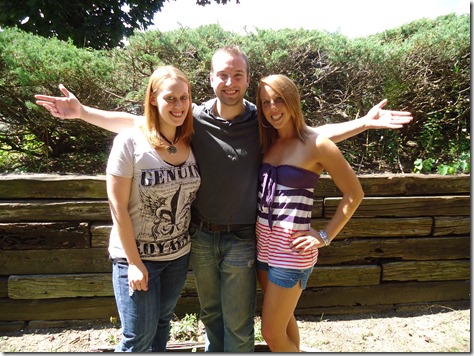 (We call this our “signature pose” because we almost always take a picture exactly like this at every get together we have. I think I have about 30 of them on my computer, and it’s fun to look back at them and see how much we’ve changed over the years

After we were done with the BBQ we went down to 28th street where they were having a car show all day and checked out some of the cool cars. 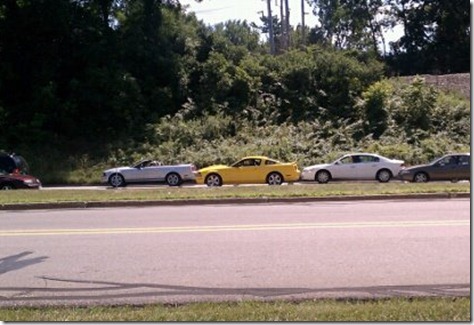 I really don’t know much about cars, but it was fun listening to my friends chat about them

When we got bored with the car show we went and hung out by the pool for a while before ordering a pizza for dinner. Thin crust with pepperoni and bacon on Eric’s half and ham and pineapple on mine: 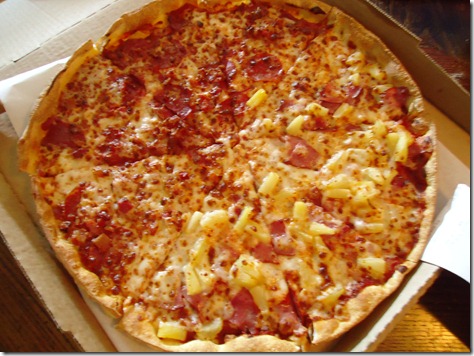 While Pizza Hut’s cheese lover’s with alfredo sauce holds a special place in my heart, sometimes I’m just in the mood for a thin crust. This pizza definitely hit the spot.

. We ended up at a couple of bars downtown before calling it a night at around midnight.

I always crash at Eric’s when I’m down in Grand Rapids, and I’m sure you know by now that means I’ll be eating eggs and turkey bacon in some form or another for breakfast

. Today’s creation was a scramble consisting of eggs, turkey bacon, red onion, habanero peppers, cheese and some leftover steak that he had. We wrapped up the mixture in a couple of tortillas and it made for a pretty good meal! 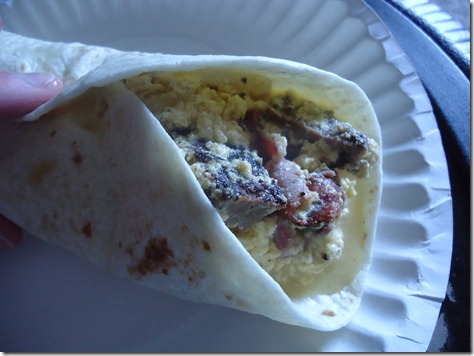 I’ll be spending the rest of my day relaxing and working on projects here in Grand Rapids before I head back up to Traverse City. I’ve got lots to do so I know I’ll be keeping busy.

Have a great Sunday!