That’s how far I ran today. 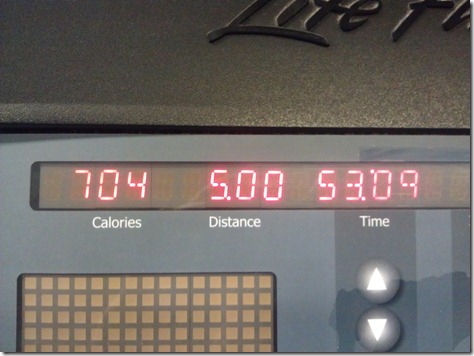 Last week I was jumping for joy after I completed four miles, so you can imagine how proud I was after doing five today. I had a goal for myself, I gave it everything I had, and I succeeded 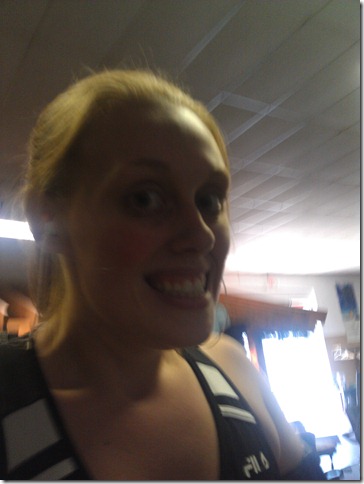 (Side note: Trying to discreetly take a picture of yourself walking on the treadmill with your phone is hard. This was take three, and given that it was rush hour at the gym at 6:00 I wasn’t about to try again.)

Of course, running that far didn’t come without annoying knee pain. Some of you may remember that I’ve been having knee problems for the past few months. Well, I apologize for not keeping ya’ll updated on that, but here’s the deal: they are a little better. I wear my knee braces as much as possible (I have two now) when I’m cross-training and doing shorter runs. However, they are too uncomfortable and I waste too much time adjusting them when I’m running so I don’t wear them if I’m running more than 2 miles.

So here’s my latest plan: I used to think the Arc Trainer was causing my knee pain, but after not using it for a couple of weeks and still having pain I ruled that out. I take naproxen (Aleeve®) once or twice a day and I make sure not to run more than two days in a row. As I already mentioned, I always wear my knee braces when I’m doing any cardio other than running, and that helps a lot. I’m also going to start icing my knees every day for 20-30 minutes plus after every run (this will help with the inflammation). 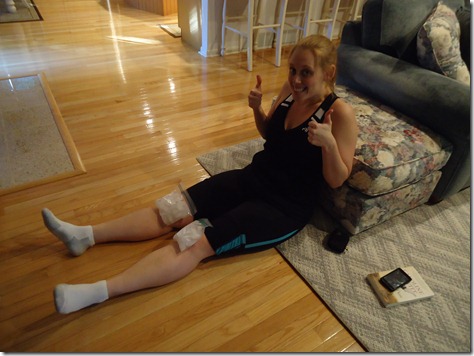 Lastly, I’m going to look up some knee strengthening exercises on the internet and start doing those. (If you know of any good ones, let me know!!) If these things don’t work and my knees are still bothering me, then I’ll consider physical therapy. I hope it doesn’t come to that though, because even though I know it would help, I really don’t want to fork over the cash!

Breakfast was something different (for once) and was totally delicious. 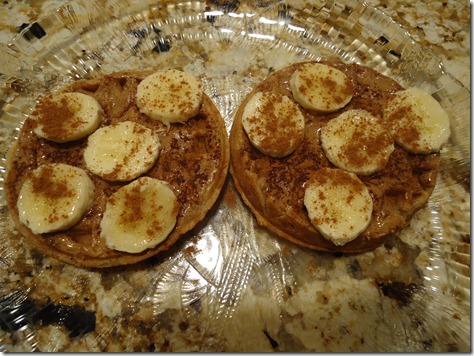 Whole wheat waffles with almond butter, half a banana, and cinnamon. YUMMMM! 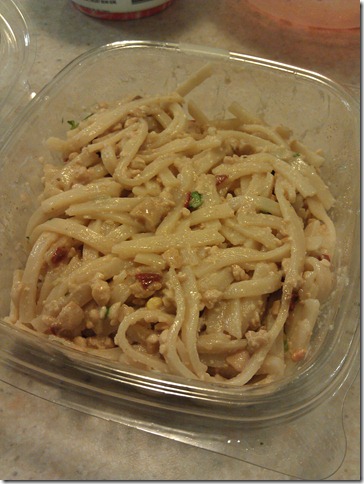 Not that I am on any type of special diet, but this was also vegan and gluten-free, fyi

Dinner featured something I haven’t had in a long time: salmon! 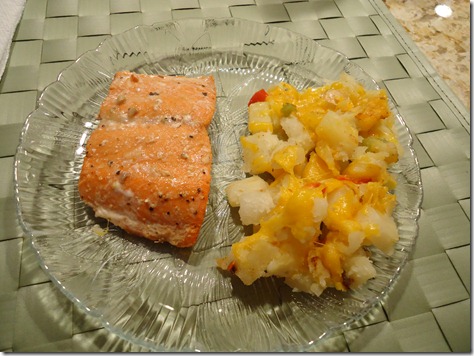 Fish is so, so good for you and I wish I ate it (and it liked it) more than I do. However, I can never seem to prepare it well and it never tastes that great when I cook it. Leave it to my mom (or Eric) though and I can be guaranteed a delicious meal! 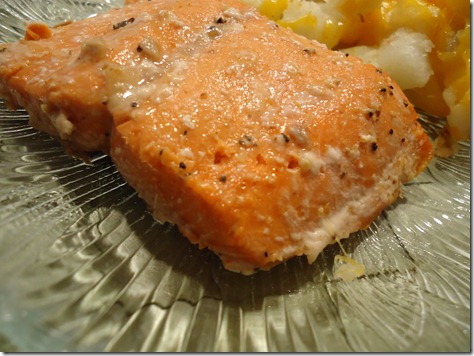 I also had a handful of prunes for dessert.

Alright, I’m wiped out so I’m going to read a little and head to bed. Only one more day until it’s the weekend! Yay.

Have a great night