Goooood morning! Hope you’re all having a glorious weekend. I’ve been having a blast and I’m sad that it’s almost over. Before I dive into the details of yesterday (get ready, it’s a long post!), I just wanted to point out that I announced the winners of my Everyday Health giveaway last week and I still haven’t heard back from one of the winners. If you missed this post and entered my giveaway, be sure to check it out to see if you won so I can forward your mailing address to Reilly at Everyday Health. Thanks!

Alright, let’s back track to yesterday. I mentioned that my friend Erin was in town and we were planning on going to Grand Haven for the day. We had hopes of going to the beach, but the weather was dreary and rainy and we realized as we left that was probably not going to happen. We were still excited to see Erin though, and I passed the time by taking an obnoxious amount of photos as usual. 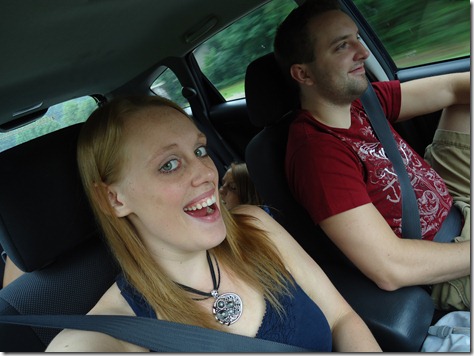 We arrived in Grand Haven around noon, and decided that lunch was item number one on the agenda. We all hopped in Erin’s car and drove downtown, where parking was absolutely horrible because it was the last day of the Grand Haven Coast Guard Festival. We also arrived right in the middle of a parade, and even though it was rainy, there were tons of people everywhere. 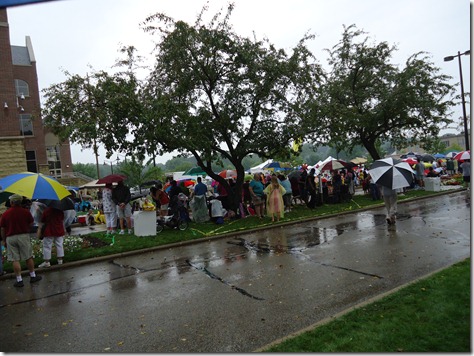 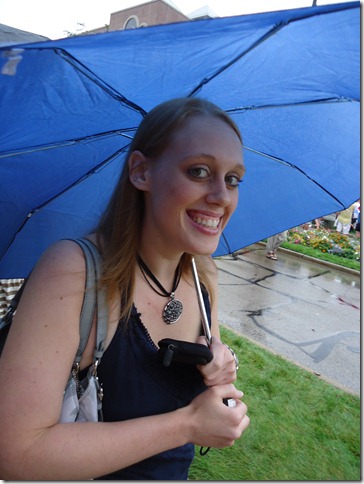 Soon we arrived at Kirby House, where we decided to eat lunch. 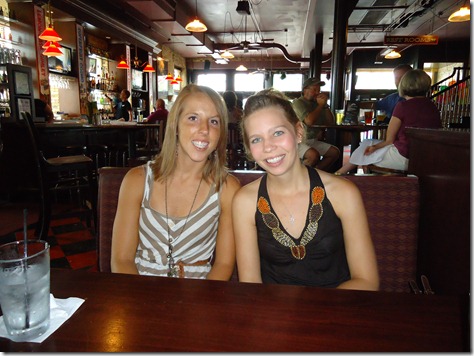 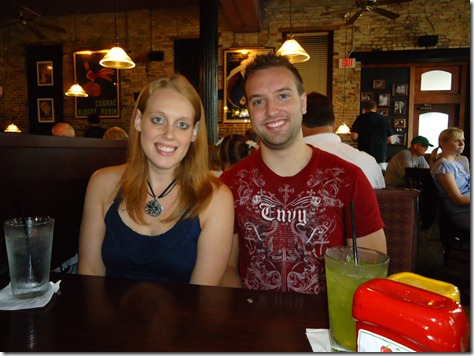 For my meal, I ordered a turkey sandwich that was served on rosemary bread and contained turkey, arugula, bleu cheese, caramelized red onion, and a jam of some sort. 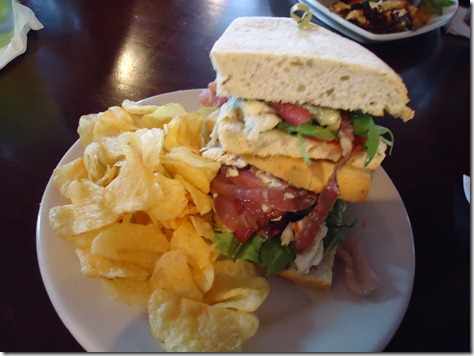 (Side note: The chips went uneaten not just because of the unnecessary calories, but also because I really don’t like plain potato chips.)

The sandwich was SO good and kept me full all day. 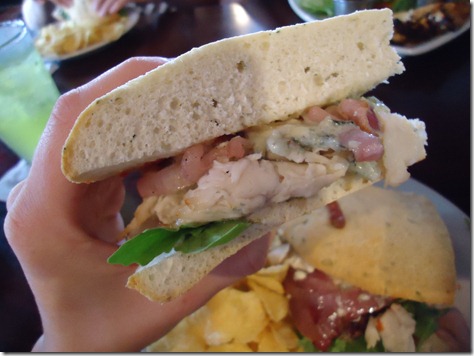 I’ll definitely be back to visit the Kirby House if I’m ever in Grand Haven again and looking for a place to eat.

By the time we finished lunch, the sun had actually started to come out! We took advantage of the gorgeous weather and walked up and down the harbor for almost an hour. 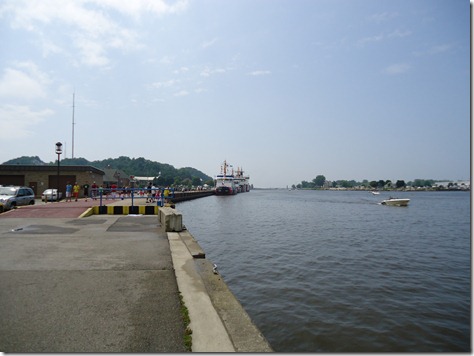 We probably walked a good three miles by the time we were done and had arrived back at the car, so I definitely think that counts as a workout

It got really hot really fast and we were all sweating by the time we were done at the harbor. Looks like the beach would be happening after all! We spent the rest of the afternoon lying out in the sun and soaking up some rays before driving back to Grand Rapids.

When we arrived back at Eric's apartment, we took a short nap and then had a pretty low key night. It was nearly 10:00 when I realized that I never ate dinner and I was absolutely starving. Eric said he was kind of hungry as well, and since the apartment complex is literally right next to a Wendy’s we made a quick decision to hit the drive-thru.

Anyone who knows me or reads my blog knows that I don’t eat fast food very often, but if I do eat it, Subway and Wendy’s are my places of choice. I really love Wendy's salads, but last night I wasn’t feeling one so I went with my second favorite: the Ultimate Chicken Grill sandwich. 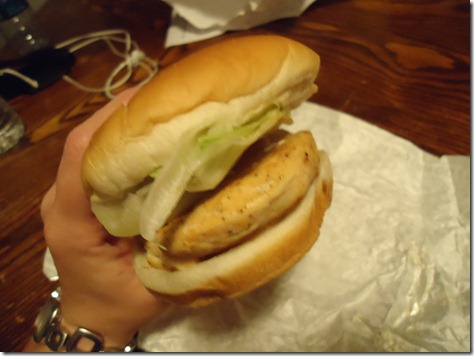 At only 350 calories, I still say that this is a fairly healthy option if you go the fast food route, and it’s freakin’ delicious

Breakfast this morning was egg sandwiches prepared by Eric. His sandwich contained eggs, turkey bacon and loads of American cheese: 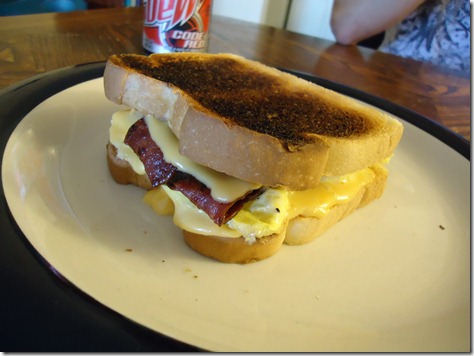 While I enjoyed my sandwich sans cheese with extra egg: 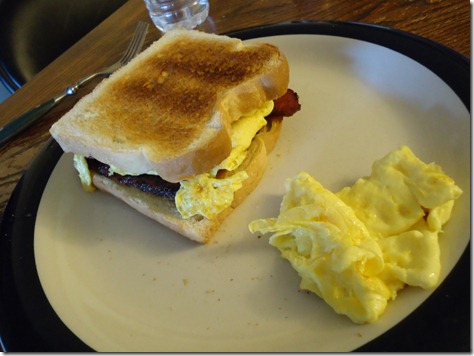 Okay, I promise this is the last part of this post! So, this is sort of random, but I have this issue with windshield wipers. I only like using them on the lowest possible setting that is necessary for the respective weather. For example, if it’s only sprinkling, I absolutely hate having the wipers on full speed. Well, Eric knows about this little pet peeve of mine and decided to take advantage of it while we were driving to Grand Haven. I thought I’d give you all a little glance into a typical conversation between us: 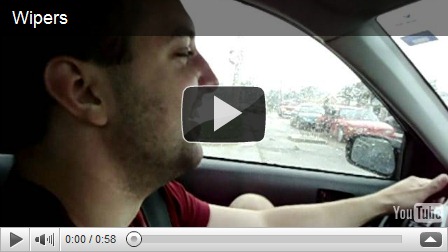 Alright, so am I only one with this windshield wiper pet peeve? Does anyone else share this annoyance with me?