A Meal Of Many Plates

Hey hey Happy Saturday! Sorry for falling off the face of the Earth yesterday, but all my blogging time has been consumed by this: 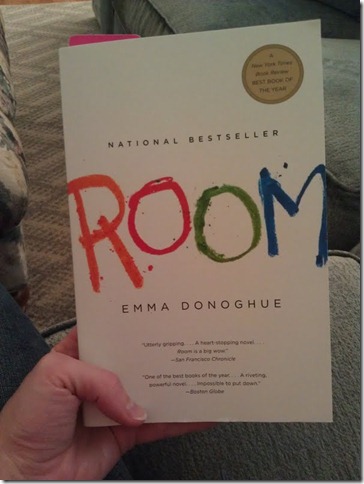 Julie kicked off her new book club this month with this, and after glancing at the back of it I decided to give it a go. I will admit, the first few pages went a little slow and since the entire book is told from the point of view of a five-year-old boy, it was a little difficult to read. However, I quickly got into a groove and now I can’t put it down! I’m about 2/3 of the way done and I definitely see myself finishing it this weekend. Did you guys like my review of Pictures of You? Would anyone want me to do a review of this book as well? Let me know

So last night Melissa and I went to dinner at Trattoria Stella, a cute Italian restaurant tucked away in the old hospital grounds here in Traverse City. 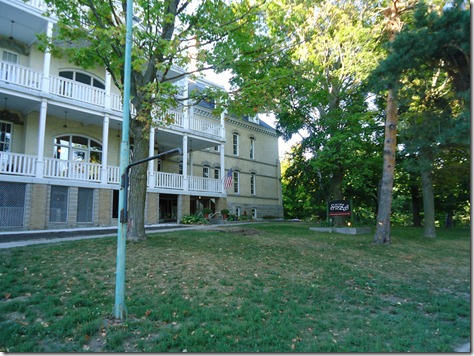 I’ve heard amazing things about their food and was excited to finally taste it for myself. However, last night they were actually doing something a little different with the menu. They had a “guest chef” who was preparing numerous dishes featured in her new cookbook. Instead of the restaurant’s normal menu, they had a limited menu of foods that were being prepared by the new chef. Also, instead of normal portions, each plate was only three to five bites so that you could order multiple plates and sample many different items on the menu. Melissa and I had a hard time deciding what to order; we wanted to try it all! 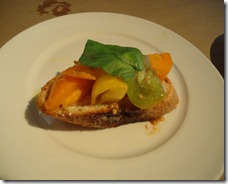 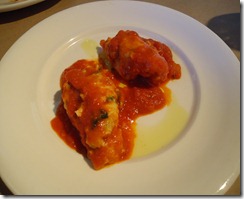 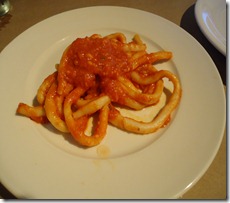 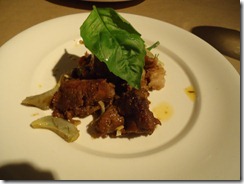 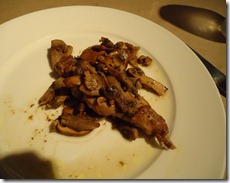 We shared all of this plus a very small bowl of soup each. It might seem like a lot, but as you can see the portion sizes were teeny tiny. I don’t know all of the fancy Italian names of the dishes that we ordered or even the official descriptions of them, but our meal consisted of green beans with gorgonzola, toast with heirloom tomatoes, spinach-stuffed raviolis, pasta with garlic sauce, wild boar, and rabbit with mushrooms. It was a meal of many plates!

It was all pretty tasty, but I’ll be honest: the temperatures of some of the dishes were a little funky. The green beans were cold (like refrigerator cold), some of the meals were room temperature, and one of the soups we ordered was half warm and half cold. When we asked what temperature the soup was supposed to be, the waiter said “room temperature.” Um, maybe I just don’t appreciate fine Italian cuisine, but I’m not a fan of room temperature food unless it’s bread or crackers. Sorry, but I like my green beans and soup warm, thank you very much.

That being said, I would like to go back to Stella’s and try out their regular menu sometime. I’m sure it’s delicious, but I was just not a fan of last night’s special event.

After dinner we goofed around at the mall for a little while. Melissa had some returns to make and she was also looking for some jeans. We passed by Claire’s when we were walking around and decided to take a look around since it has been ages since either of us had been inside the store. We were immediately intrigued with their wide selection of crazy and entertaining earrings. 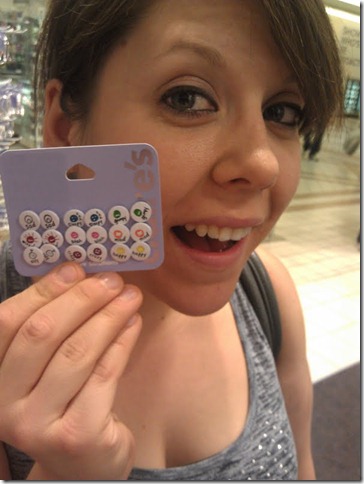 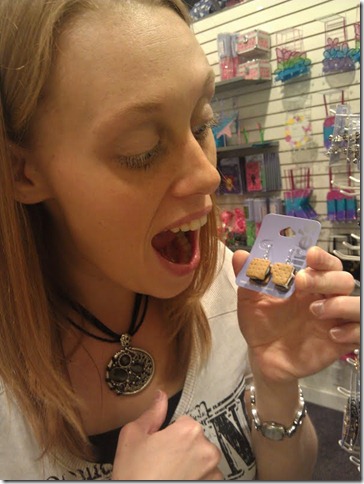 This morning I decided to take advantage of my day off and the nice weather to go for an outside run. I headed on over to the Civic Center since they have a nice mile-long loop that runs around the park. 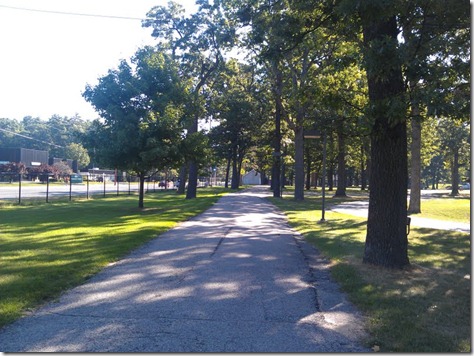 I ran three miles and then walked a fourth while texting and reading blogs on my phone. The running was hard and slow and it’s starting to frustrate me because I don’t feel like it’s improving. Perhaps losing a little bit of this chub chub will help with that 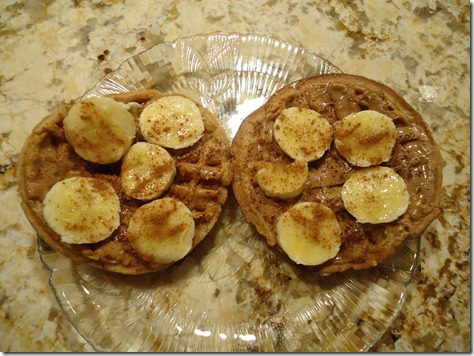 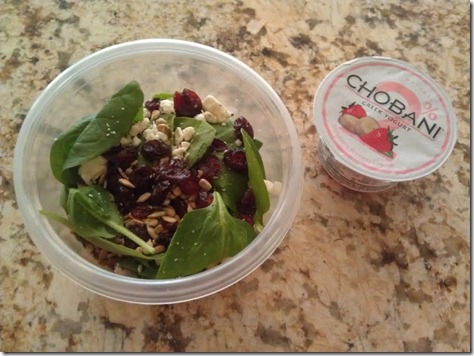 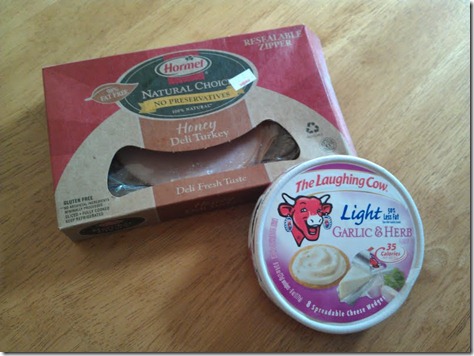