. I’m still loving it, and the red lowlights make me feel kind of fierce

Last night Eric and I had a fun night with my newly-engaged friend Melissa and her fiancé Nick. We started our evening off at Carrabba’s for dinner and drinks. 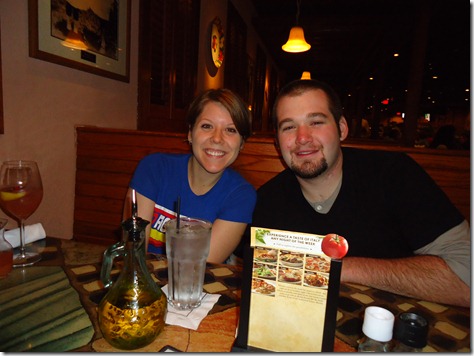 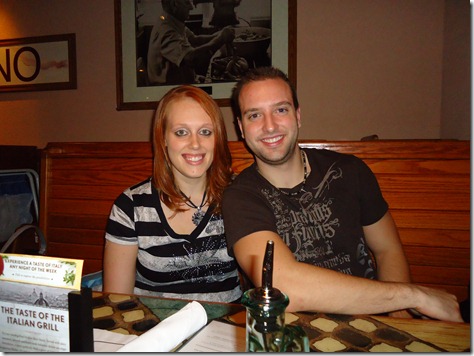 We munched on salad and freshly baked bread while we chit chatted and waited for our entrees. 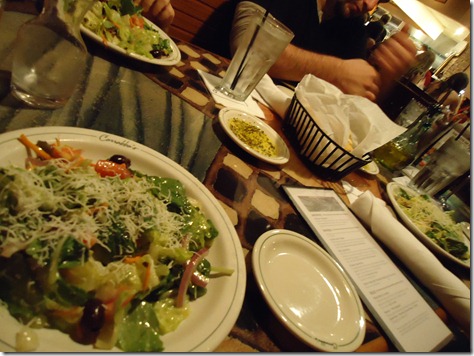 I ordered the small portion of the Chicken Bryan, which was absolutely delicious! 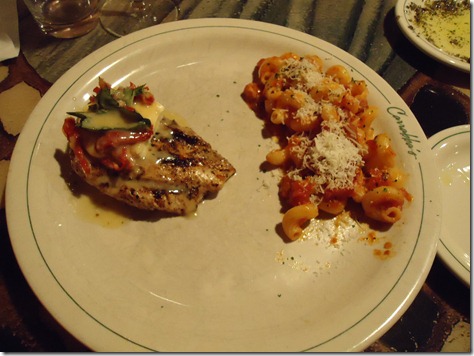 The chicken was topped with goat cheese and sundried tomatoes and I’m fairly certain that it may be my new favorite dish at this restaurant. Unfortunately, I wasn’t as thrilled with the side of pasta that it came with and wished that I would have ordered the vegetables instead. Ah well.

The table also split this plate of heaven: 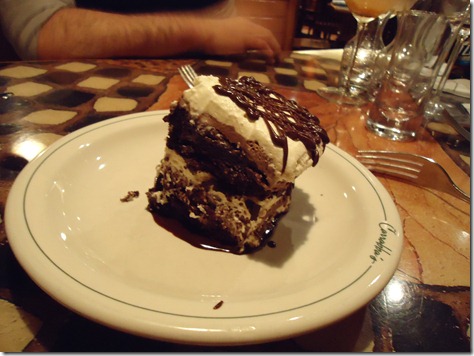 There is no doubt in my mind that I could have wolfed down that entire thing by myself, and it’s a good thing I had witnesses and other people eating it because I guarantee I would have had they not been there.

After dinner we headed over to the Witch's Walk haunted corn maze, which I had recently purchased a Groupon for. We weren’t allowed to bring cell phones or cameras into the maze, so we snapped a couple photos at the car. 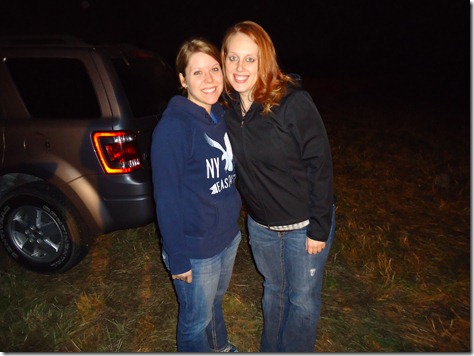 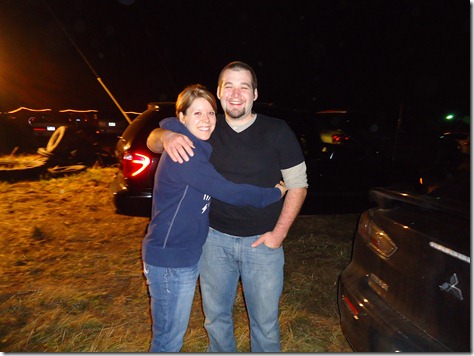 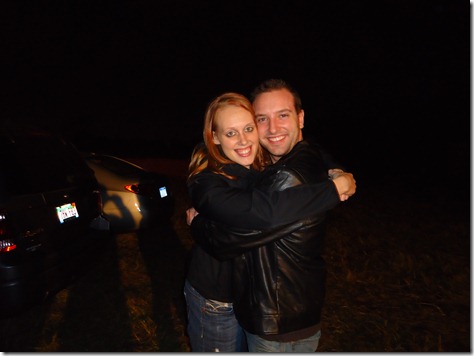 As usual, I was the scaredy-cat out of the group and all of the “monsters” (maze workers) took full advantage of that and did not hesitate to chase me around. Quite a few of them even had chainsaws (they were fake of course) and at one point when two of them had me cornered, I just crouched down on the ground and buried my head in my knees while begging them to leave me alone. Oh, did I mentioned that while all of this was happening my wonderful friends had ran away and hid from me? Thanks guys.

Despite my intense and irrational fear of men in scary costumes and dark spooky mazes, it was still a great night with some pretty amazing people.

Today has been a wonderfully relaxing day that started off with a wafflewich (I’m hooked I tell ya!) filled with lots of egg whites, just the way I like it. 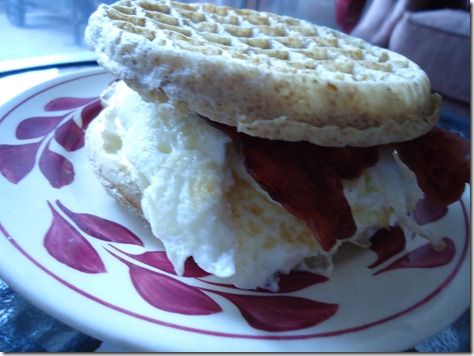 Breakfast was followed with a trip to the mall, and when I arrived back at the apartment Eric grilled up some steak for lunch. 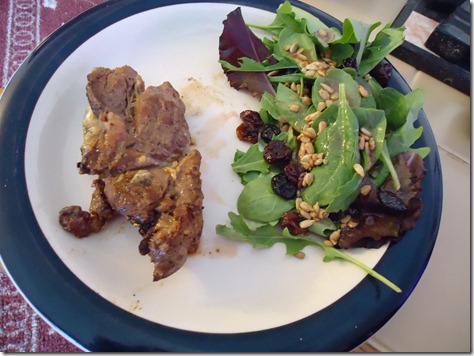 He seasoned the steak with garlic salt, black pepper, and minced onion and stuffed them with a little bit of provolone cheese, which added a lot of flavor. 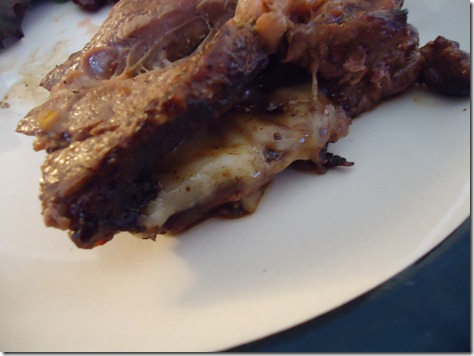 Oh, and I realize that it’s been steak week around here, with steak pasta on Monday and fajitas on Wednesday, but Eric bought a big family-size package that we had to use up. I promise, next week there will be a little more variety in my dinners