First things first: The winner of the Larabar giveaway is…

Valerie!! Congratulations chica! Shoot me an email at kaberg1227@gmail.com with your full name, mailing address and phone number (Erica at Larabar usually requests it) and we’ll get you your chocolate chip cherry torte sampler pack

So, how’s your Monday been? Mine’s been pretty swell, I must say. The day started off with another early wake up call, as we had to be in Kalamazoo at 9:00. Breakfast was tasty and protein-packed: 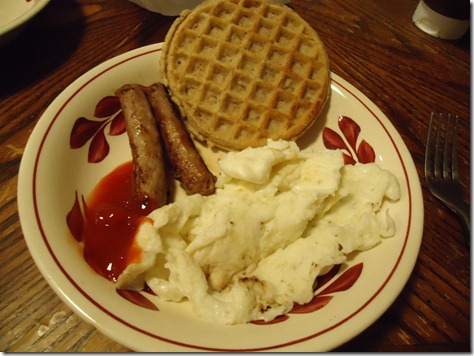 Egg whites, turkey sausage, and a whole grain waffle – the perfect balance of carbs, fat and protein and easy on the calories as well. Sounds like a winning breakfast to me!


Once we arrived in Kalamazoo we spent most of the morning shooting video footage for one of our rotation projects. We have to make instructional videos for three different rapid diagnostic tests: a strep test (like for strep throat), a mono test, and an HIV test. Things were a little rocky at first, but once we got going and got the swing of things they got better. 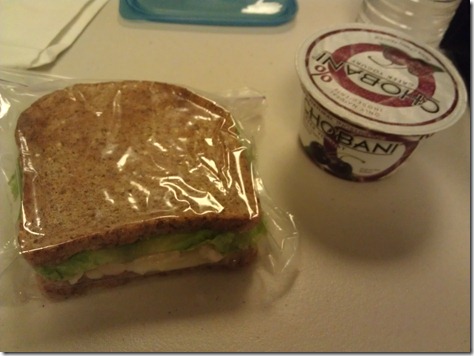 Chicken sandwich on Ezekiel 4:9 sprouted bread with provolone, lettuce and avocado; plus a black cherry Chobani on the side. It’s been a while since I’ve bought sprouted bread since of I’ve been on the bagel thin train lately, but I’ve missed it! 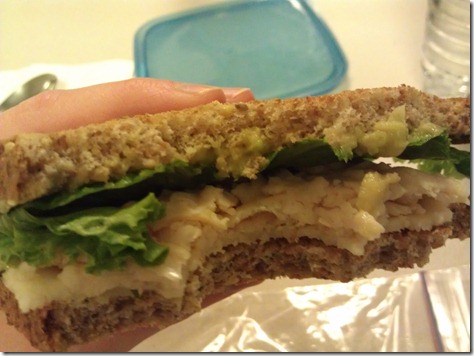 I predict a repeat of this lunch tomorrow…

So, dinner tonight was pretty legendary. We were planning on having spaghetti, but on the way home from Kalamazoo I started dreaming about Applebee’s honey BBQ wings. Seriously, it was all I could think about. After mentioning the idea to Eric, he suddenly couldn’t get the idea out of his head either and we decided to bag the spaghetti idea and make homemade wings instead

. We made a quick stop at the grocery store to grab some flour and BBQ sauce…oh, and a half a cart full of Chobani: 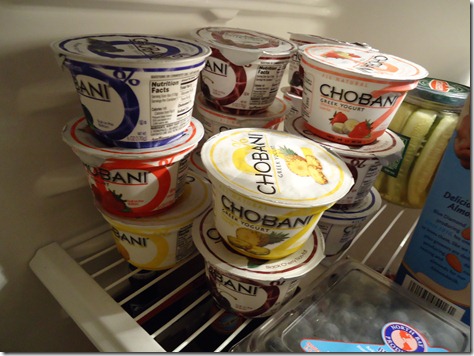 When we got back Eric got to cookin’: 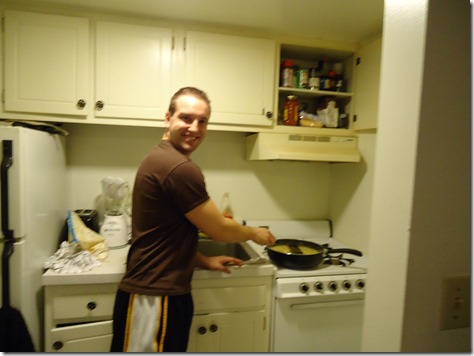 And after almost 40 minutes in the kitchen, we had two amazing plates of gloriousness: 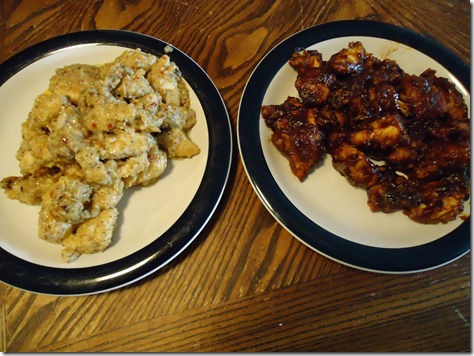 The plate on the left is parmesan garlic, and the right is honey BBQ. *DROOL* 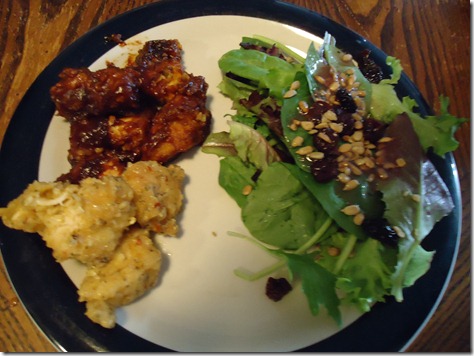 SO much better than Applebee’s. 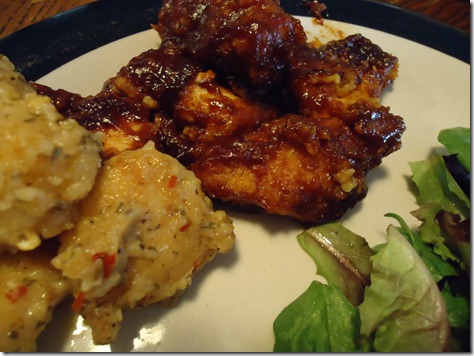 Steak pasta used to be my favorite meal that he cooks, but it has now been replaced with these wings. SO GOOD.

As soon as our food settled, we jumped in the car and headed to the gym before it got too late and we got too lazy. 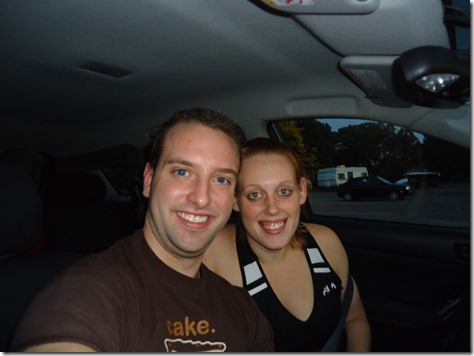 Normally we go to the gym right after we get home in the afternoon before we have dinner, but we were too hungry today. Our workouts tonight consisted of a crazy spin class for me and an endurance chest left for him. A quick but legit workout for both of us! Now I’m not feeling quite so guilty about those wings

. However, I will say that I had plenty of calories left when dinner rolled around and did not go over my budget with that meal. In fact, I’m actually down almost five pounds since I moved back to GR! Holler.