As I eluded to yesterday, last night I spent my evening carving pumpkins with this crazy guy. 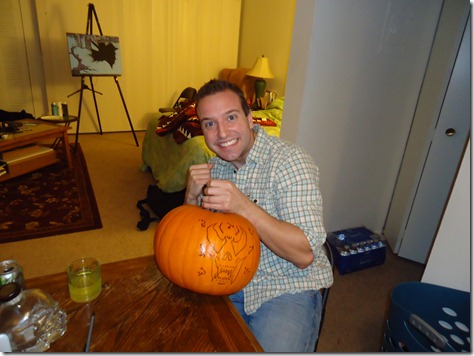 He’s quite artistic and draws his own design to carve every year, but I typically go with the pre-made pattern/stencil route. However, after spending way too long browsing the internet looking for a pattern I liked without success, I decided to actually draw my own this year. 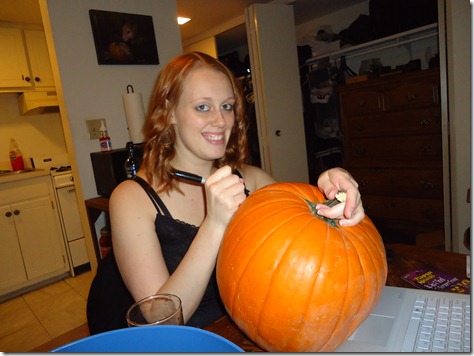 My favorite part of carving pumpkins (next to toasting and eating the seeds, of course) is pulling out the pumpkin “guts.” 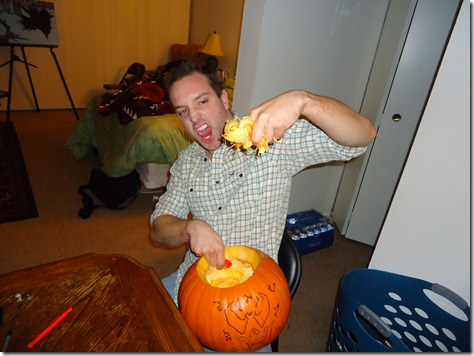 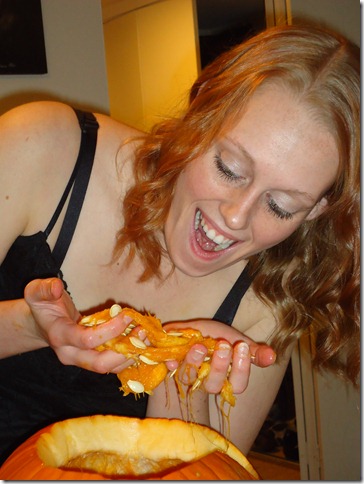 After cleaning out the pumpkins, it was time to get carving! 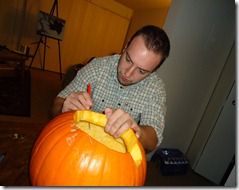 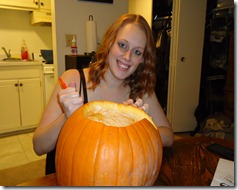 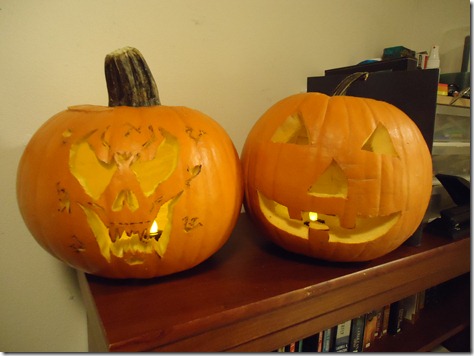 Ha ha ha, can you guess which one is mine? I never claimed to be a creative genius 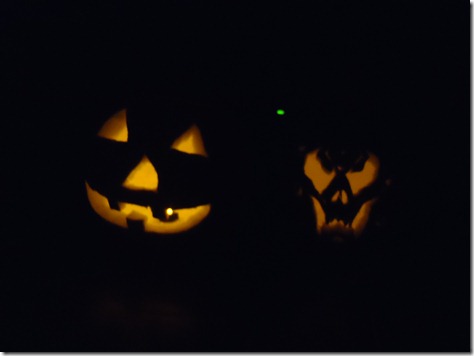 This morning I awoke itching to try something new for breakfast. I always post the same old wafflewiches, bowls of oatmeal, and cereal and wanted to actually whip up something a little more creative and visually appealing. After tossing some ideas back and forth that I’ve seen on other blogs (Greek yogurt pancakes, baked oatmeal, grilled breakfast sandwiches, etc.), I finally decided on a recipe I’ve never made before: crepes! After tasting my not-so-good peanut butter pancakes that I made earlier this week, Eric had said that the texture almost reminded him of crepes (since it was kind of eggy) and that I should give those a try sometime. Well, today was the day!

I used this basic crepe recipe that I got from Gina's blog and it was fabulous. Here are the ingredients that I threw in the blender:

(FYI: these are the amounts needed for a single serving of crepes.)

As I started cooking the first crepe, I quickly encountered the problem that I was afraid I would run into: flipping them. They are too thin to flip with a spatula and fell apart when I tried to do that. Then, Eric suggested using a second pan to help me flip them and by golly, it worked! 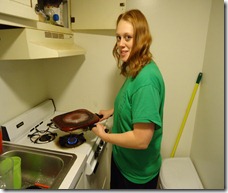 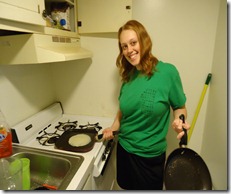 The second crepe turned out much better, and the third one turned out so well that I could actually just pick it up out of the pan with my bare hands when it was done. However, I know that my “two-pan method” is probably not the “right” way to effectively flip crepes, so if anyone has any other suggestions, please let me know!

When my crepes were done cooking, I filled them with strawberry Greek yogurt and topped them with fresh blueberries and cinnamon. 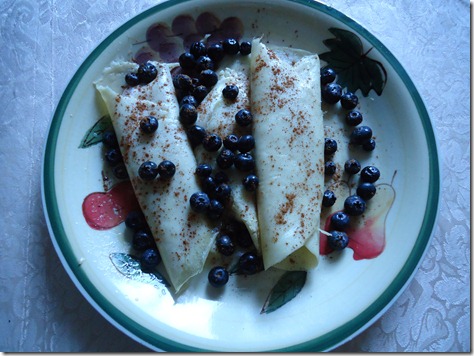 Not sure if you can tell, but the middle one was the first one that I royally messed up while trying to flip it. I tried to hide it under the other two crepes 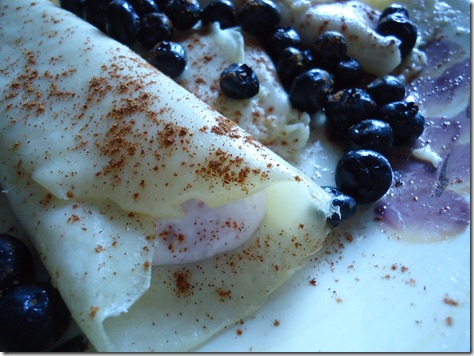 These crepes were absolutely delicious and I will definitely be making them again. The fillings that I used also made them very healthy. Here are the stats for the crepes, yogurt and fruit: 321 calories, 1 gram fat, 50 grams carbs, 28 grams protein, 3 grams fiber. Not too shabby!

Have you ever made crepes before? Got any other ideas for healthy fillings?