Yesterday, we had to say goodbye to our family pet, Ashley. 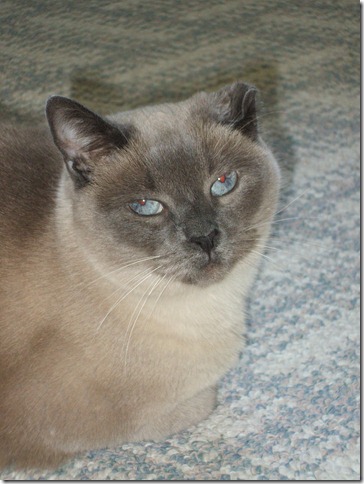 (Click here for the story of her crushed ear.)

We’ve had Ashley for over twelve years, since she was two years old. We adopted her from a breeder after seeing an advertisement in the newspaper. We were told that she was very anti-social and did not get along with other cats, which was why the breeder needed to find her a new home. This was no problem for us, since we didn’t have any other animals in the house. 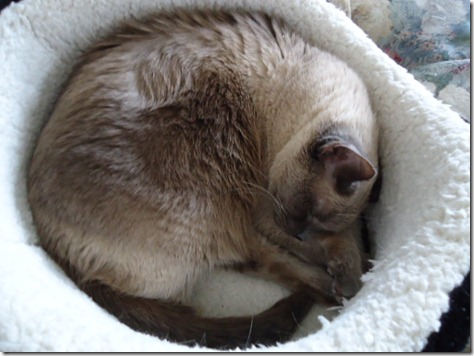 It took Ash a while to get used to us. For the first few weeks she hid constantly. She would only come out at night, and during the day she spent all of her time under the bed or buried deep in a closet somewhere where no one could find her. However, we gave her time and she eventually came around. In fact, she went from never showing her face to being quite the social butterfly. She started following us around constantly and always demanded attention, and the girl was spoiled rotten. Can you blame us though? I mean seriously, look at that face. 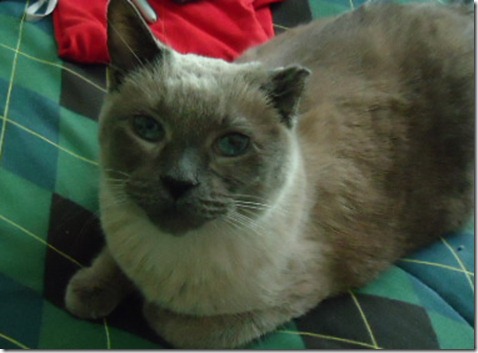 Ashley did whatever she wanted and always got away with everything. She loved joining us for family dinners out on the patio 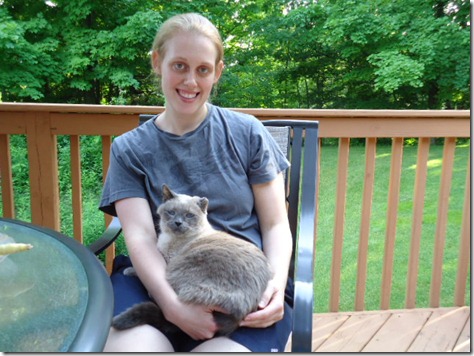 drinking out of the bathroom sink 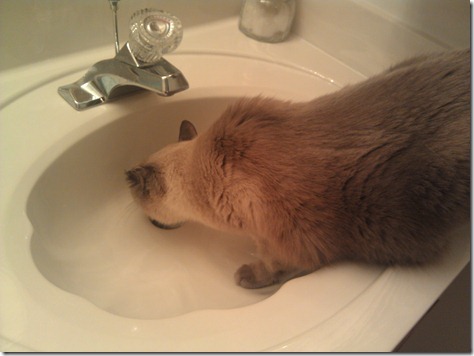 and trying to sneak bites from my tuna sandwiches or bowls of ice cream (her favorite people food). 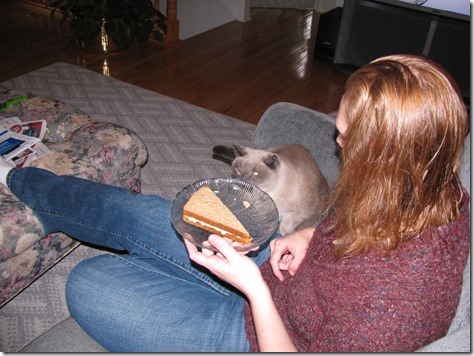 Unfortunately, Ashley suffered from feline asthma. It’s quite rare, but it’s been a problem for her for a long time and she has been on a Flovent inhaler (with a special face mask for cats) for over a year now. She also had severe allergies, and we’ve tried so many different medications over the last six or seven years that I’ve lost count of them all. 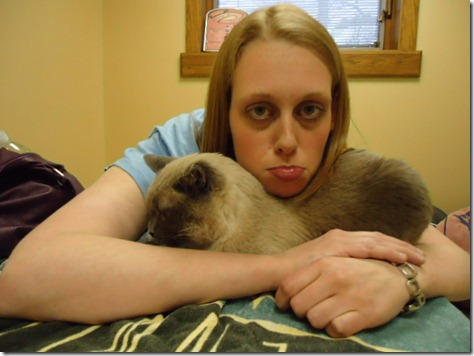 She started getting monthly antibiotic and steroid shots, which seemed to help, but for the past month her condition turned into a downward spiral. She dropped five pounds (over 50% of her body weight) in a three month period because she stopped eating, and she became so congested and so weak that she could hardly get herself around.

Eventually we reached that dreaded point that we all knew was coming. That one where the vet very sympathetically tells you, “I’m sorry, but there’s nothing else we can do.” My parents decided that it was time to put her out of her misery, and yesterday afternoon they said goodbye as she went peacefully. 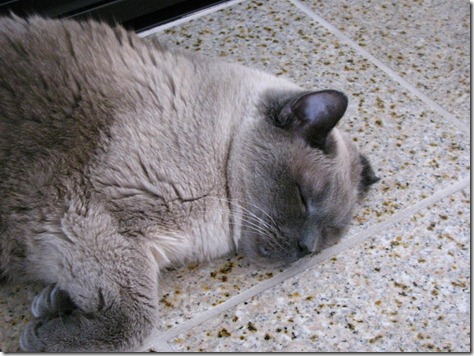 Although I have been quite upset about this for the past week, I have also been fortunate enough to not have seen Ashley at her worst. As you all know, I’ve been down in Grand Rapids since the beginning of the month and after carefully weighing my options, I decided to stay down here during the euthanasia. I knew that if I went up to Traverse City I would be a wreck, and seeing my parents cry would only make me more upset. It would put me behind in my school work and there would be nothing up there to take my mind off it.

My prayers are with my family, especially my mom and dad. This has taken a huge toll on both of them, as Ashley was essentially another child to them. However, I know they made the right decision and they are at peace with the fact that she is no longer suffering.

Rest in peace Ashley; for you will be greatly missed. 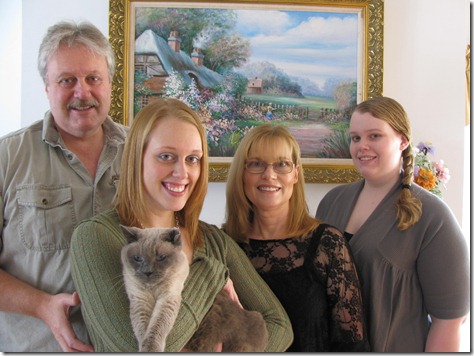