Last month, a few friends and I purchased tickets to an Evanescence concert that I’ve been looking forward to ever since. The concert was last night, and even though I’ve been sick for the past few days, I really, really didn’t want to miss this concert (especially since I already paid for the ticket). So, I took some ibuprofen, got dressed, and was on the road by 3:00 with Drew and Eric heading for Royal Oak, MI. 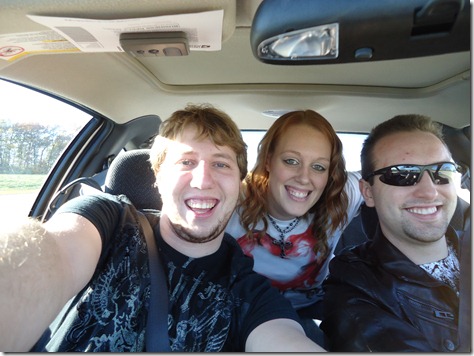 Ibuprofen has been working wonders for me as I try to get through this illness. My main symptoms are muscle aches and weakness and I’m slightly feverish at times and so the ibuprofen takes care of all of it. About an hour after a hefty dose, I was feeling much better! 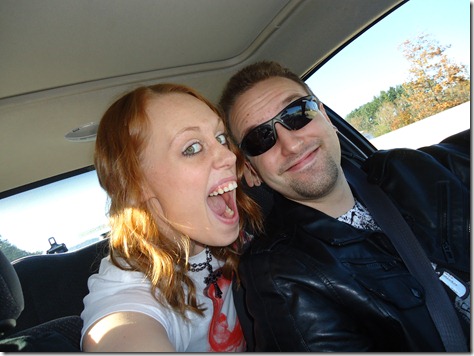 We entertained ourselves on the ride down with sing-a-longs accompanied by the respective You Tube videos, which we played on Eric’s phone. I actually got some pretty good video clips from our performance, but the guys made me delete them

. I also read this book for part of the way: 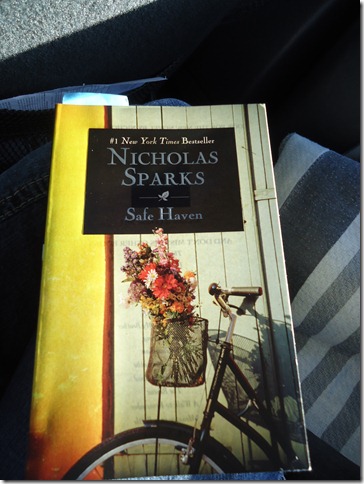 I’m only a few chapters in, but I’m loving it so far! I’m dying to find out what happened to Katie and made her come to Southport…

After a little over two hours in the car, we finally arrived in Royal Oak where we met up with three other friends who were joining us at the concert. Since it was a such a small venue and the artist requested no cameras, I had to leave mine in the car.

We snapped a quick group photo before walking down the street to grab a bite to eat: 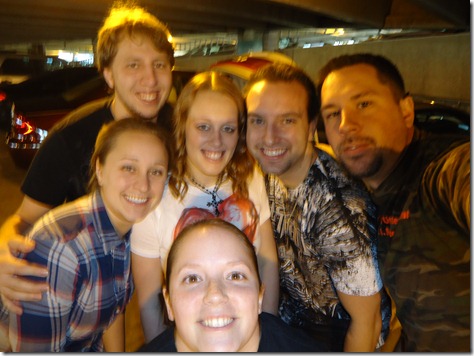 We ended up going to Royal Oak Brewery for dinner. Unfortunately, I forgot my entire wallet at home so I had no ID or money. Eric picked up my dinner for me, but there was no drinking for this girl

. While everyone else enjoyed a beer with their food, I washed down this Mediterranean White Pizza with a glass of water. 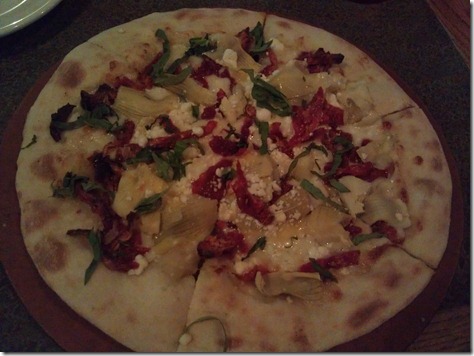 The pizza had mozzarella, goat cheese, sundried tomatoes, artichoke hearts and basil and was delicious. I hardly even missed the beer

After we finished eating we walked down the venue. It was right around this time when my ibuprofen started wearing off, and I had left my bottle of it back at the car. I made it through the opening bands alright, but by the time Evanescence came on stage I was absolutely miserable. Every muscle in my body ached from standing and while everyone else was sweating from the hot crowded room, I couldn’t stop shivering. By the time Evanescence was done performing, it was almost 11:30 and all I wanted to do was pass out in the car. In fact, after we got back from the parking garage, that’s exactly what I did. I dozed off and on the whole ride home and promptly got in bed the second we walked in the door at about 2:00 am. Don’t get me wrong, it was an absolutely outstanding performance; I just couldn’t really enjoy it as much as I would have liked.

As if I already wasn’t doing everything I could do make it impossible to get over this virus, this morning we had a 6:45 am wake-up call. As part of this academic rotation, for the next two days we are assisting the third-year pharmacy student labs all day. Breakfast was an almond butter wafflewich on the road: 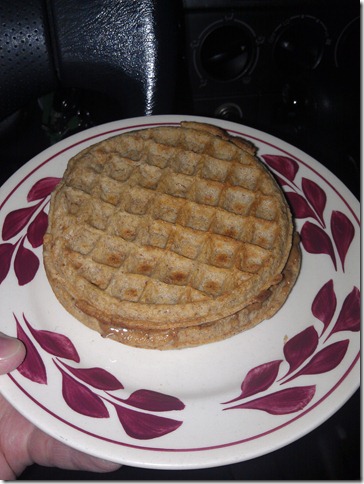 (My apologies for the craptastic photo, it was dark out and I had to use the flash in order to see it.)

And the boys and I grabbed sandwiches at Jimmy John’s for lunch. As much as I love the lower calorie Unwiches, today I was in the mood for bread. 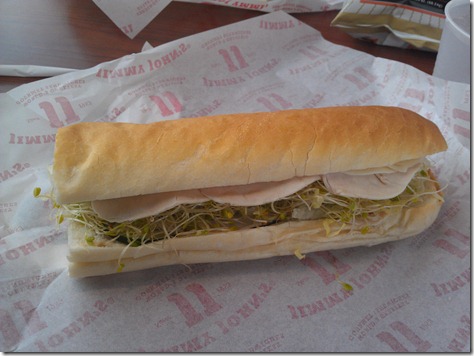 California Beach Club, no mayo or tomatoes. Hit. the. spot.

Well, we’ve got one more lab to get through this afternoon and then I’m heading home and going to BED. This very well may mean that I’ll have lights out by 6:00, and I’m completely okay with that.