Wow, once again you guys always know the right things to say. Thanks again for all of your wonderful comments on yesterday’s post. Allison posted a quote that I actually wanted to share with you guys:

I had never heard that quote before and I’m glad she shared it because I really think it was something I needed to hear. While losing weight and maintaining it are both incredibly difficult, sometimes I forget how hard it was/is to be overweight. It’s easy in the sense that you eat whatever you want and sit around all day, but it’s hard on your body physically and emotionally. It's hard doing daily activities that normal weight and thin people don’t think twice about. The list goes on, but you all know what I mean.

I think what I really need right now is a few days to just not worry about anything and relax. I’ll get back with the program, but I’m not putting myself on a deadline right now. Losing weight is important to me, but it’s not the end-all be-all and there’s more to life than just that.

Luckily, a relaxing weekend is exactly what I have in store for me! Look who’s back: 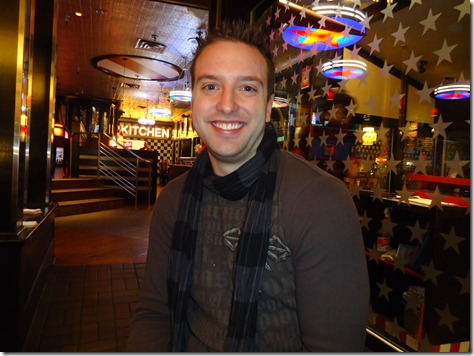 I’m sure you have missed seeing Eric’s face in every single one of my posts lately, and I’ve sorta missed him too 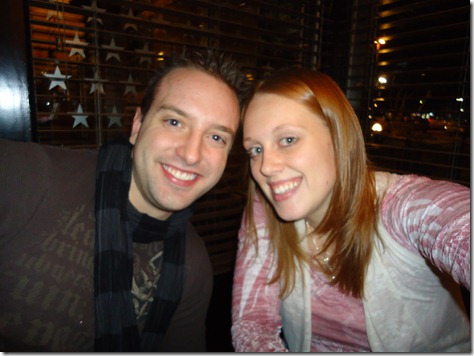 I got here around dinner time last night and am staying until Sunday to hang out and have fun with him and some of my other friends. We were both starving when I arrived, so we headed over to Friday’s and enjoyed a calorific and tasty dinner. 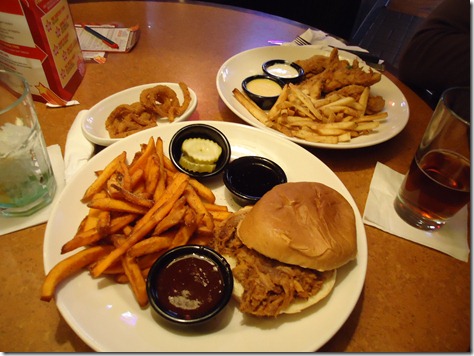 Pulled pork sandwich and sweet potato fries for me; chicken fingers and regular fries (plus the onion rings that were supposed to come on my sandwich…gross) for him.

After dinner we went to the movies to see Contagion. One of the local theatres plays movies that are no longer playing in regular theatres but are not quite out on video yet for a reduced ticket price. The theatre is just as nice as all the others so it’s a great deal if you want to see a movie. As far as Contagion goes, it was okay. Eric and I both agreed that it was incredibly realistic in the sense that if an epidemic like that ever really did happen, that’s pretty much exactly how it would be handled (and it would be just as scary). However, the movie kind of dragged and I found myself waiting for it to end.

This morning I was expecting to be SOL when it came to breakfast because I know Eric’s typical morning meals since I moved out consist of bacon, leftovers, or protein shakes. However, I was pleasantly surprised to open the refrigerator and find a carton of Chobani! I also found the rest of a loaf of Ezekiel bread in the freezer that was left from when I lived here last month. I threw a piece in the toaster and topped it with some peanut butter and had myself a nice little breakfast. 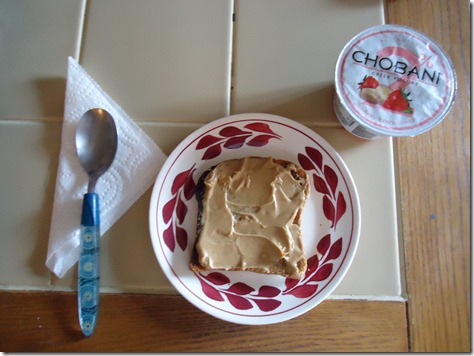 I spent the rest of my morning running some errands before some fun lunch plans. I had my very first blogger meet up!

Earlier this morning, I tweeted at Mindy at Just A One Girl Revolution asking if she had any lunch plans. I’ve been reading her blog for a long time now, and even though we both lived in Grand Rapids all year last year, for some reason we never met up! I was excited to finally meet her. 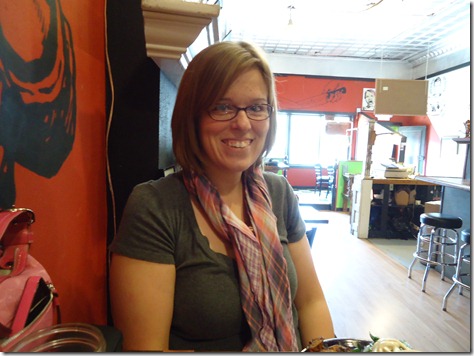 We met up at Bartertown Diner, a cute little vegetarian/vegan/raw café right in the heart of downtown Grand Rapids. 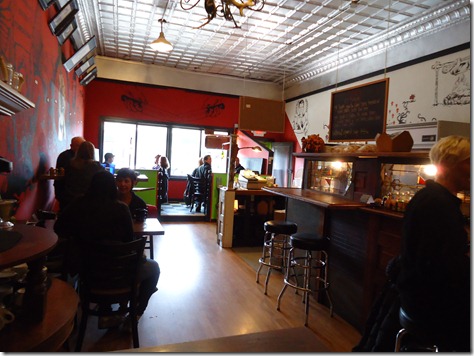 Everything on the menu sounded good (even the things that had tofu in them, and tofu scares me) and all of the ingredients looked so fresh. I decided on the spicy black bean sweet potato quinoa burger, which was topped with an onion-garlic gravy and a coconut-curry coleslaw. 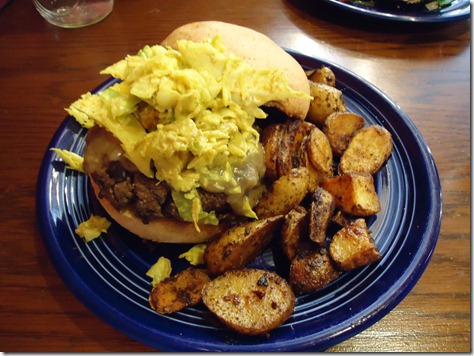 I wasn’t sure about the onion-garlic gravy, but it was absolutely delicious. I devoured every single bite of the burger, and I don’t even like coleslaw!

Bartertown is also well known for their homemade cupcakes, so we were obligated to get one. 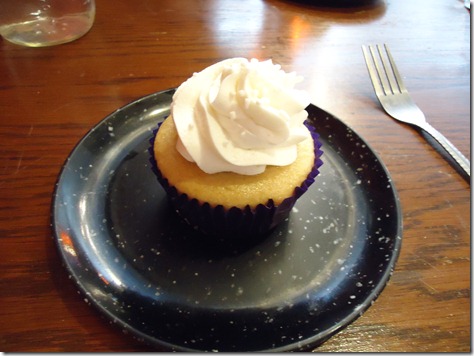 I ordered the vanilla, which was an excellent choice. They were so tiny though that I easily could have scarfed down four of those babies!

I really enjoyed meeting up with another blogger. It’s funny because even though we’ve never met, we both already knew so much about the other person just from reading each other’s blogs. We could immediately start talking about things going on in our lives, and we knew exactly what the other was talking about. It was also awesome not being the only weirdo taking photos of her food. 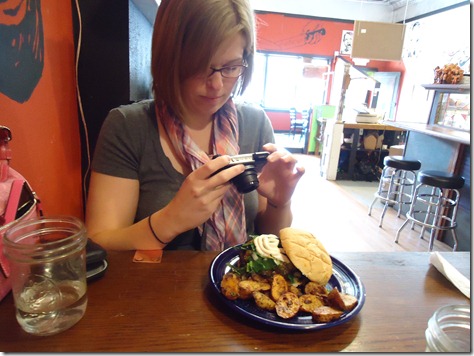 We decided that we are definitely going to try to meet up again when I’m back in the spring for rotations.

Well, as delicious as my lunch was it actually didn’t keep me full for that long. I’m currently snacking on an Oh Yeah! bar while we figure out dinner plans. 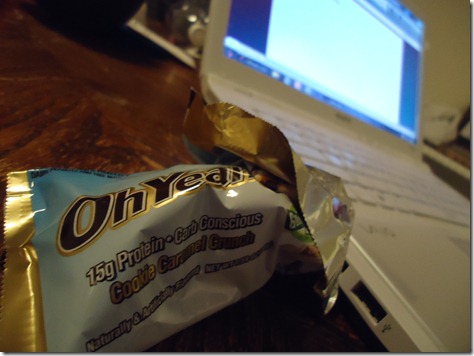 Have a great night and I’ll see ya later!