I have raved about Bubba's time and time again on the blog. It is one of my favorite restaurants in Traverse City and I always take my friends there when they come to visit to me. The first time that I took Eric there two years ago, he was immediately hooked on their burgers and out-of-this-world fries (with their infamous barbonaise sauce). Well, I’m not even a little embarrassed to say that we went there for lunch two days in a row while he was visiting this weekend.

On Saturday I got the veggie burger, which is my go-to meal at Bubbas 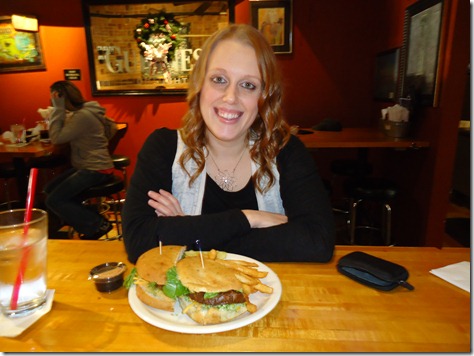 And Eric got his favorite, the haystack burger; which is loaded with cheese, bacon, and fried onion strings. 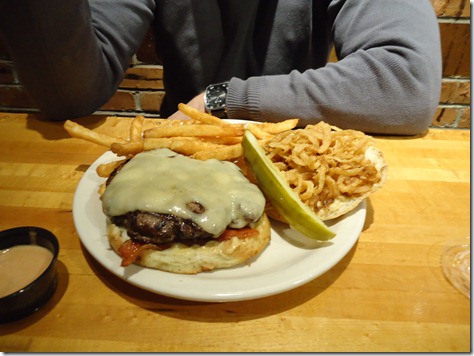 While we were munching away on Saturday, he noticed the specials on a board and something called “The Cardiac Attack Wrap” (or something along those lines) caught his attention. All I know is that it was loaded with bacon and other types of meat, and he couldn’t get it off of his mind for the rest of the day. Well, it doesn’t take much to convince me to go back, so we planned another trip for Sunday lunch.

Unfortunately for him, it turned out to just be a daily special and it wasn’t on the menu the next day. However, when I pointed out the Surf and Turf Burger to him that was on special that day, he was sold. 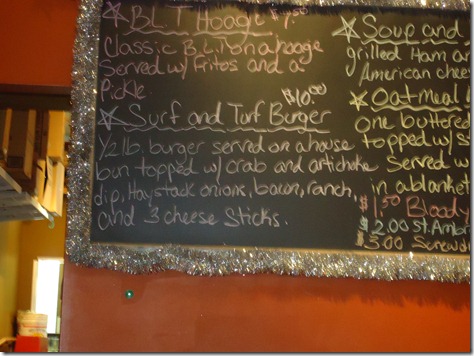 That baby was huge (TWSS). (For the record, the cheese sticks actually came on the side and Eric placed them on top of his burger. Seriously?)

I had quite the plate myself, with the Bubba-Q-Pork sandwich: 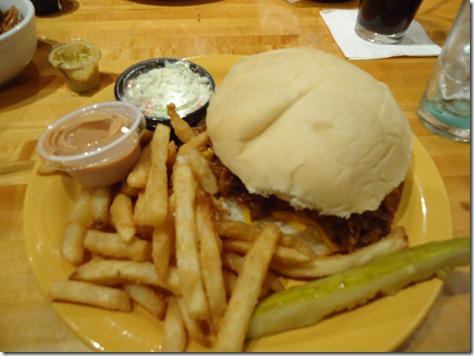 Which was outstanding, and I totally demolished it. 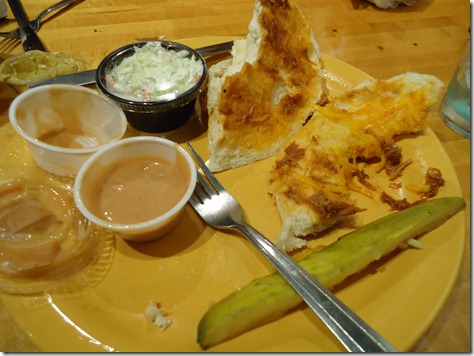 When dinner time rolled around, we were both still full from lunch but managed to each eat one of my mom’s homemade cheese enchiladas. 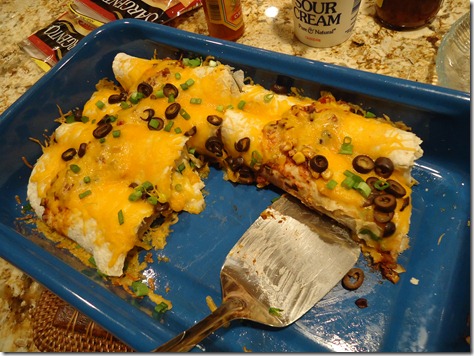 And we ended the night with homemade hurricanes 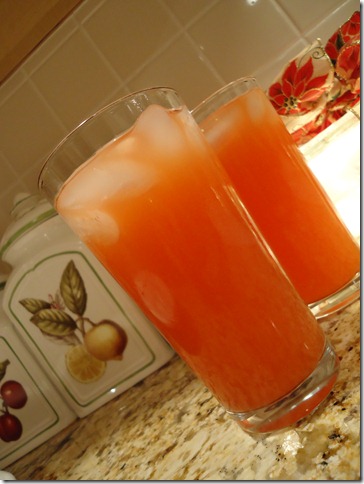 and a Red Box movie. 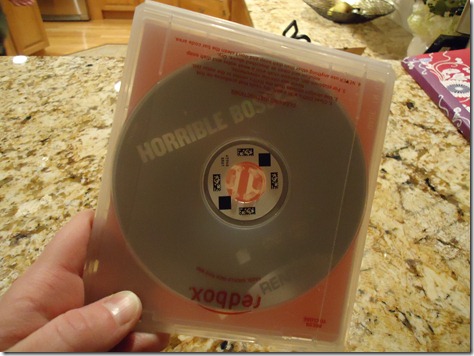 Eric left this morning, but not before requesting that I cook him up some more bacon for breakfast. 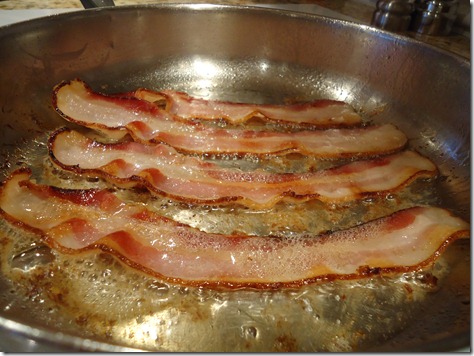 I cooked up a whole package for him (oh, boys), but stuck with Kashi Go Lean and a banana for myself. I did not eat one single fruit or veggie yesterday, and I’m a little greased out. Can’t wait to get some healthy food in today!

Goodbyes are always tough, and I was sad to see him go because he’ll be up north in the Upper Peninsula until April for the rest of his rotations. It’ll be tough, but I’m trying to make the best of it. At least a visit or two will give me something to look forward to!

I’ve got the day off today, then I work the next three days in a row before enjoying a long holiday weekend. See ya later!