Normally when I’m in a bad mood, exercising is therapeutic and helps turn me from Miss Grumpypants back to my normal self (which is…less grumpy. ha). Well, today I never got the endorphin high that I needed, which was quite unfortunate because I was in a terrible mood when I arrived at the gym. Actually, I think I left the gym even grumpier than I was when I got there.

A few things I wanted to say while I was trying to complete my workout:

There are a lot of reasons why I work out in the morning, but perhaps the biggest reason is because (luckily) not very many people wake up at the crack of dawn to hit the treadmill and I practically get the whole gym to myself. Apparently I forgot about that today.

Alright, let’s see; what else did I do today? Oh yeah..I got not two, but three cavities filled! 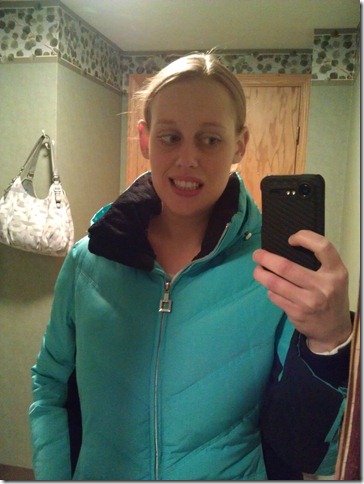 The dentist used so much lidocaine that the numbing extended all the way to my throat and nose (which was kind of an issue when I developed an extreme case of the hiccups later this morning). Since I knew I wouldn’t be able to eat for a while after it was over, I made sure to have a filling (no pun intended) breakfast before my appointment. 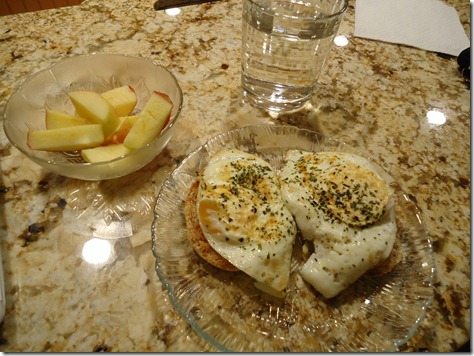 Two eggs on a whole grain English muffin and a sliced apple. Breakfast of champions!

I expected the numbing to wear off by lunch time, but that just didn’t happen. It actually took almost six hours before my mouth was functioning well enough to eat, and by then I was absolutely starving. I got the most random craving for a Qdoba burrito (which I haven’t had in over a year), but stayed strong and resisted the temptation since I have big La Senorita plans this weekend. Instead, I improvised and made a tasty, and much healthier, Mexican lunch at home. 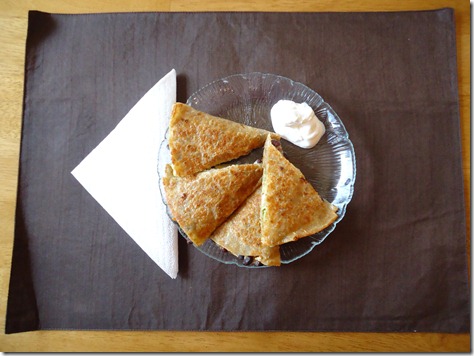 This was a genius idea and I don’t know why I haven’t made it sooner. 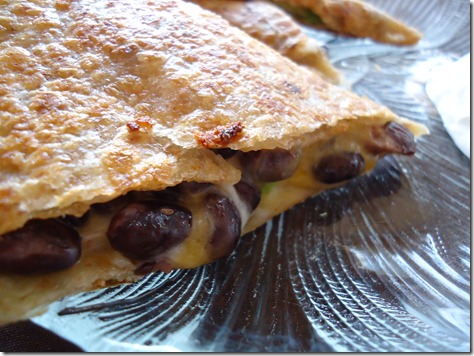 After lunch I got sucked into the television for most of the afternoon before finally making it to the gym. Dinner was homemade pizza with black olives and mushrooms: I just realized that I didn’t even come close to meeting my daily veggie quota today. Looks like salad’s on the menu tomorrow!

Time to go enjoy the rest of my night. Have a good one!