I’m having a blast so far at the MPA Annual Convention and Exposition, but getting here was not easy! My friend Gina and I had to brave some pretty nasty weather on the way, and the roads were just terrible. 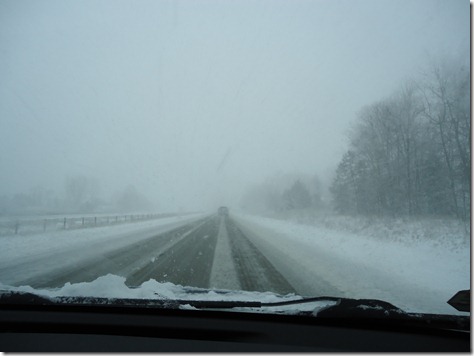 There was snow blowing everywhere, the roads were slushy and scary to drive on, and visibility was awful. Luckily, this only lasted about for about half the drive and eventually the snow and slush cleared. Once we were about an hour away from Detroit, it was smooth sailing. 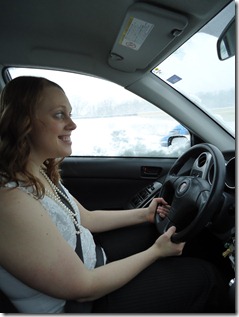 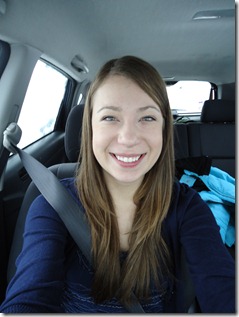 We arrived at the hotel about 3 hours before check-in because I had to attend a luncheon at noon, but the staff at the front desk graciously allowed us to check in early. 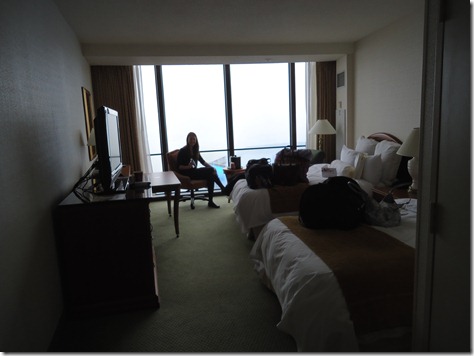 We have a wonderful view of the city, but unfortunately the weather is rather dreary right now so it doesn’t look very pretty 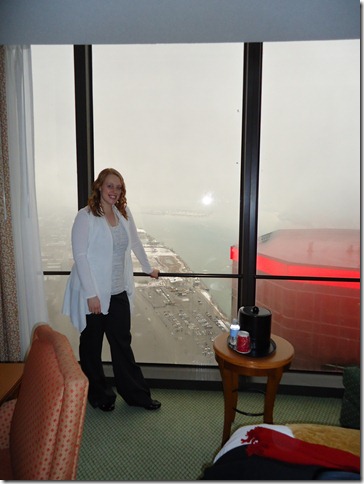 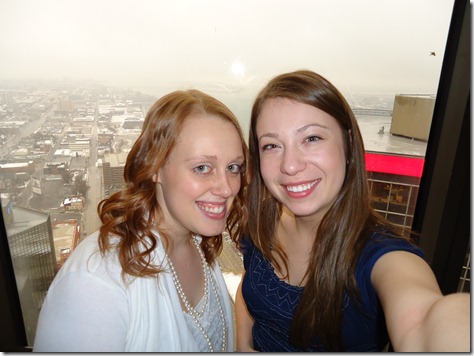 After quickly dropping our stuff off in our room, Gina and I went and picked up our registration materials. 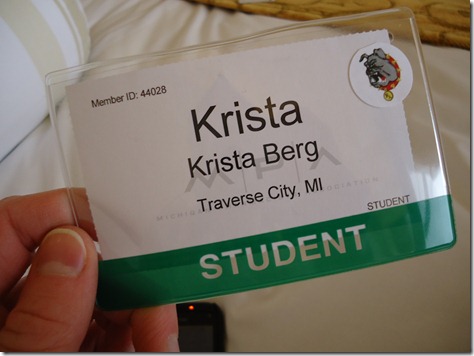 Then I was off to my luncheon!

My current preceptor is actually the immediate past president of MPA and he had an extra ticket to the lunch, so he invited me to come along! Tickets to this luncheon are very expensive, so I felt honored that he invited me. I was a little nervous when I walked in because I was basically the only student in a room full of Pharmacy PAC (Political Action Committee) members. However, once I spotted my preceptor he motioned me over to his table where they had saved me a seat and everyone was extremely kind and welcoming.

After mingling with all of the pharmacists at the table for a little while it was time to eat, and boy did they provide us with a feast! Everything was served buffet style and options included salad, fruit salad, pasta salad, chicken, pork, salmon, rolls, and an incredible dessert spread. 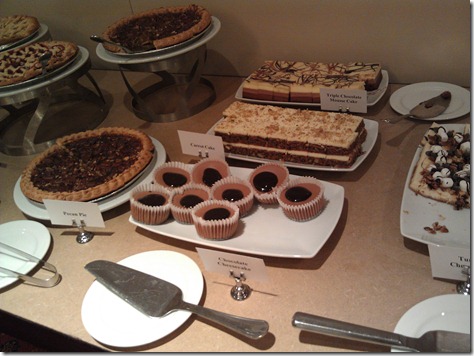 And that wasn’t even all of it!

I got a plate of salad with feta cheese and sundried tomatoes (yum!), along with a fruit salad: 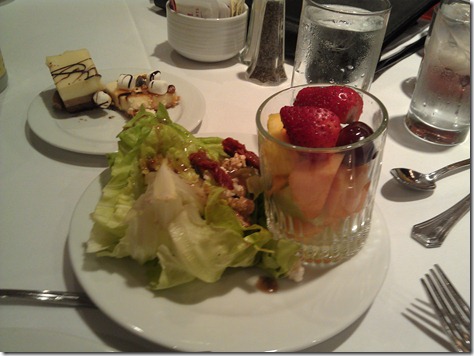 Plus pork with an apple cherry chutney, veggies, and a roll: 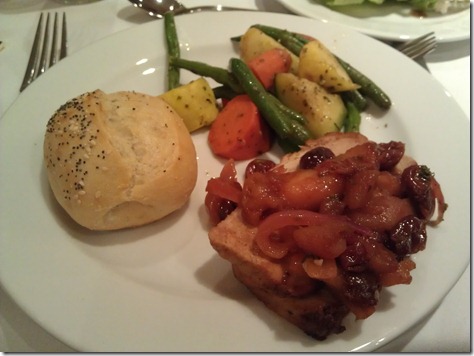 I managed some serious self control with dessert and opted for two small pieces: one of the turtle cheesecake and one of the chocolate layer cheesecake. 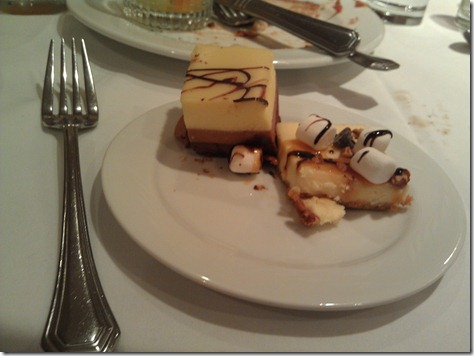 After we finished eating, they did a little awards ceremony and I was pretty excited when the Ferris State clinical faculty was recognized. They are all amazing at promoting these events and really encouraging their students to attend and be involved. Yay for them!

I was also introduced to the president of the National Community Pharmacists Association (NCPA), which was neat because I was actually the vice president of our school’s NCPA chapter during my second year of pharmacy school. I even attended the national convention in New Orleans in October 2009!

Well, the rest of our roommates just arrived (Eric, Brad and Elena) so I’m off to go hang out with them. Plans for tonight include checking out the exhibit hall and then the pharmacy student social!