Eric had another residency interview today so he is staying in town for the night before making the drive back to Marquette tomorrow. He was craving a massive burger from Chili’s for dinner, so off to Chili’s we went! He ordered his colossal burger – bacon, cheese, mayo and onion strings; essentially a heart attack on a plate – and I stuck with something off of their Lighter Choices menu. 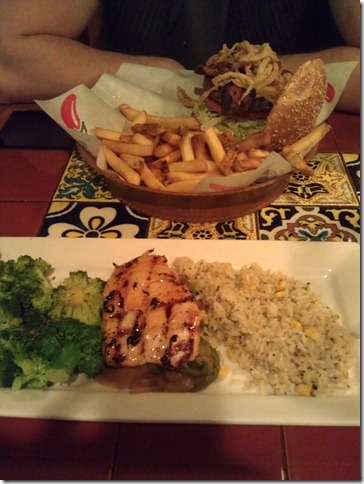 I ordered the sweet and spicy chicken that came with broccoli and rice. The chicken had a sweet glaze made with habanero peppers and it was good, but my mouth was on fire by the time I was done! 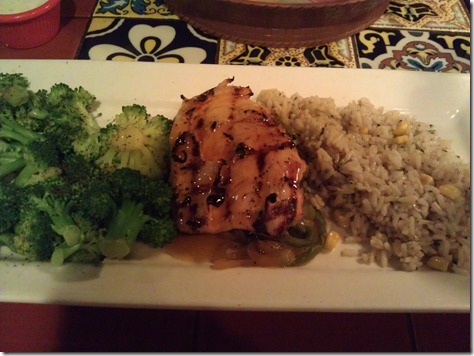 I had to chase every couple bites of it with a bite of rice. Give me a bit of a break though, I’m still a newbie with this whole spicy thing 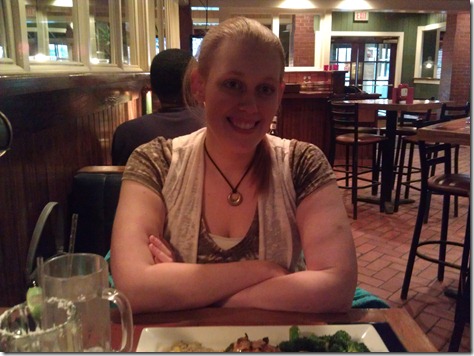 Eric, on the other hand, was quite satisfied with his burger and wanted to make sure I pointed out that he read somewhere that the entire meal, fries included, is around 2700 calories. I’m not really sure why he’s proud of that, but I gave up trying to understand guys a long time ago 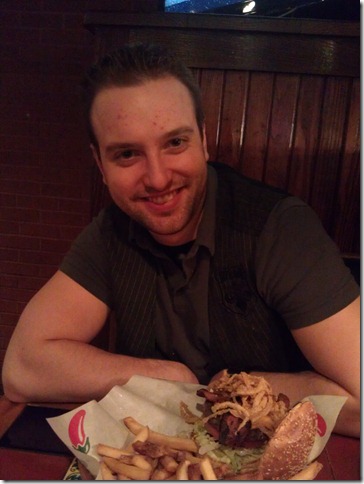 In other news, my cold is not any better than yesterday and the nasal congestion has been out of control today. My preceptor actually sent me home early on account of me not feeling well and so that I could do some research for a presentation I have to give in a couple weeks. I got a little work done, but I ended up lying in bed most of the afternoon trying to get some sleep. The congestion is actually much worse when I’m sitting or lying than it is when I’m standing up and moving around, which is actually kind of irritating.

Since I’m really not into veggies when I’m sick, I made a protein smoothie for breakfast because I knew it was the only way I was going to cram some greens in today. 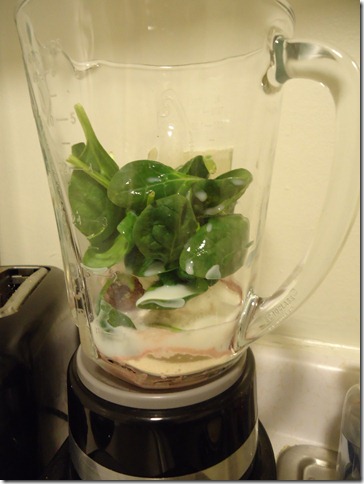 Into the blender went:

Tasty and full of nutrients! 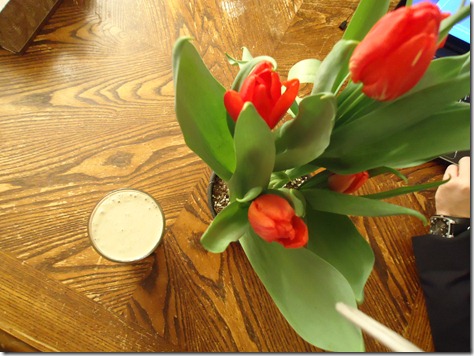 Every time I make smoothies I think, “these are so good! Why don’t I make these more often?!” and then I’ll go months without drinking one again. Guess I’m just more of an oatmeal/egg sandwich kind of gal! 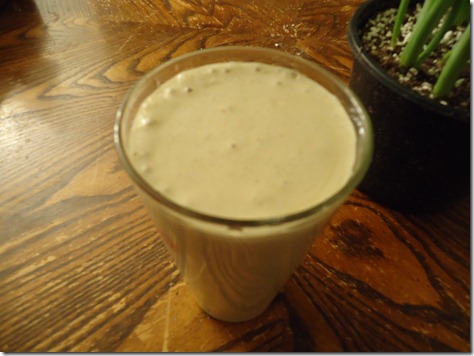 Speaking of oatmeal, by the time lunch rolled around it was the only thing I could think about. 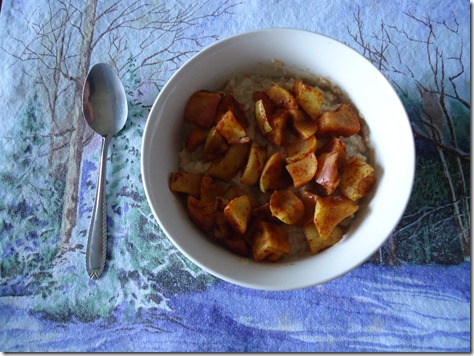 I made a big bowl of my favorite apple cinnamon oatmeal, and it was one of the best bowls I’ve made yet. 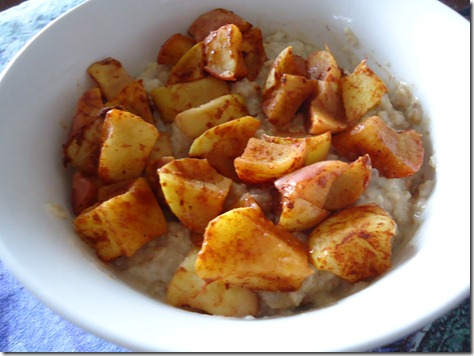 It didn’t really make me feel any better, but it sure tasted good! 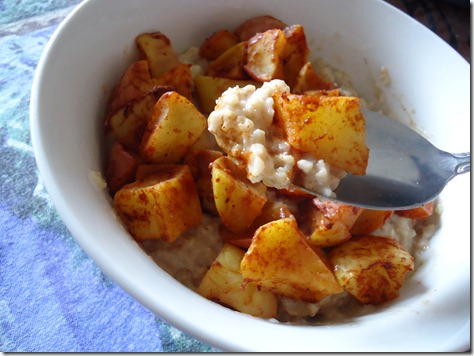 Oh, and while I tend to avoid veggies when I’m not feeling well, apparently I crave fruit like it’s my job. Between breakfast, lunch and snacks today I have eaten strawberries, a pear, four clementines and three (small) apples. Dang! 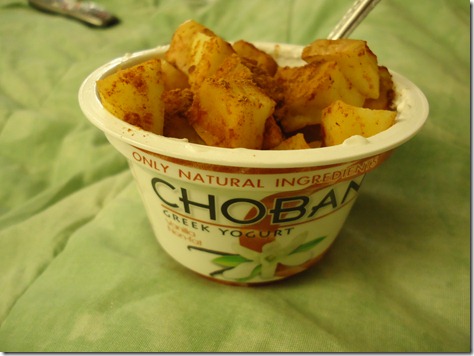 This was my “dessert” for the night when my tummy started grumbling a little while ago (vanilla Chobani with baked apple topping). It was sweet enough to distract me from the Oreo shake that’s been on my mind for the past few hours

Off to watch Grey’s Anatomy and then *hopefully* get some sleep. Have a good night everyone!