A couple weeks Mindy tagged me to do a blogger survey and I thought I’d partake in the fun! However, the rules of the survey are that after posting eleven random things about myself, I’m supposed to answer 11 questions that she wrote, create 11 new questions, and then tag 11 bloggers to do the survey. However, I’m not feeling quite that ambitious today so I’m going to cheat and just post the random facts. Feel free to do the survey in it’s entirety though and link to it on your own blog

1. I cannot leave the house without Chapstick. I keep it everywhere – in my purse, coat pocket, backpack, car, computer bag, and I always grab one to sick in my pants pocket before I leave the house – and if I don’t have any then I immediately feel like my lips are so chapped. However, it has to be the ChapStick classic brand; no lip gloss, lip stick, or any of that scented or flavored stuff. 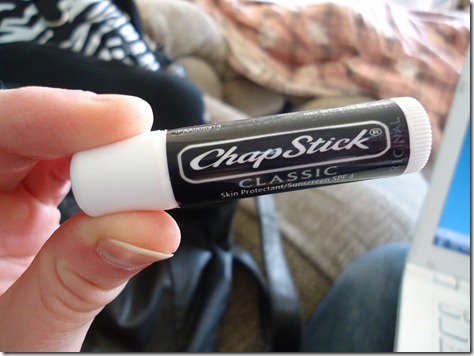 2. I usually keep a tin of mixed nuts in my apartment and grab a handful for a quick snack. However, I only buy one kind – Planter’s Select with almonds, pecans, and cashews – and I’m kind of OCD about how I eat them. In each handful I eat the nuts in order from my least favorite to my favorite: almonds, pecans, then cashews. Sometimes I’ll accidently eat a cashew first, and then I get irritated. #Ihaveissues

3. I’ve kind of been on a breakfast for dinner kick for the past two Friday's. Last Friday it was an omelette, and last night it was an egg wafflewich with muenster cheese and bacon (I have some leftover from Eric’s visit that I need to use up). 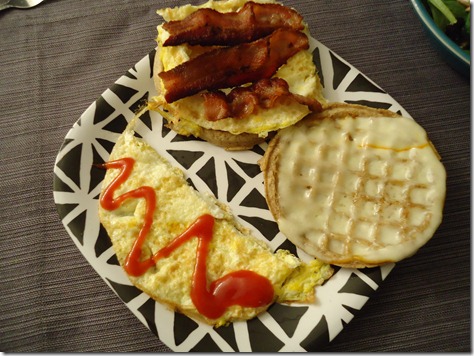 I did have a salad though for good measure. 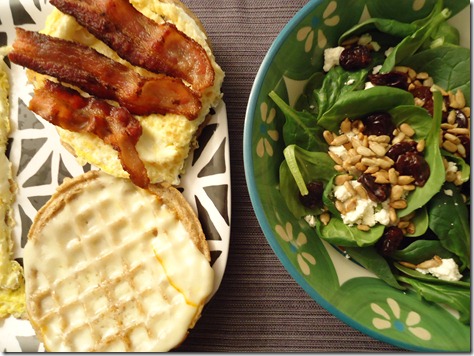 4. I’ve lived in Michigan since I was four, but I was actually born in Whittier, California. It’s in Los Angeles county, and shortly after my younger sister was born my parents decided that they wanted to raise us in a safer environment. His parents lived in Traverse City, so that’s where we headed!

5. Today I went to On the Border for lunch with a couple friends, and for the first time I ordered something that I wasn’t really crazy about. 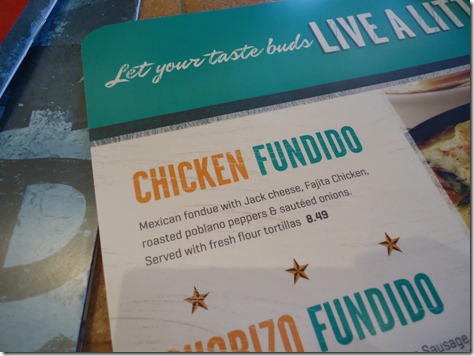 It was basically just a giant plate of cheese, and I was not a fan. 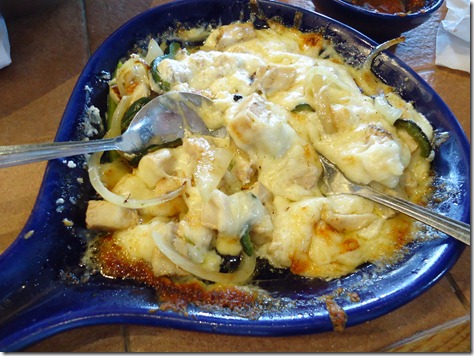 I tried to liven it up with some black beans, but all I could taste in every bite was just cheese. I won’t be ordering this again. 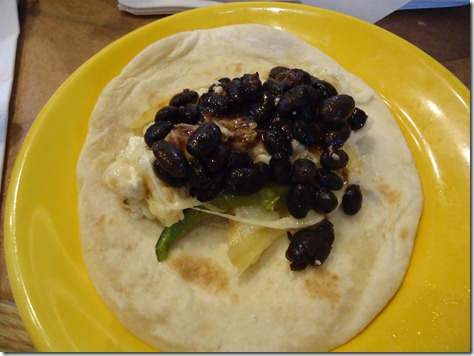 6. Speaking of Mexican food, Taco Bell used to be my all time favorite fast food restaurant. Not only did I work there as a teenager, but I used to go through the drive-thru at least once a week when I was obese (I was all about the cheesy gordita crunch!). However, these days I never even think about the place and it’s been almost a year and a half since I’ve last eaten there.

7. One time, I lost my memory card for like, two weeks. I turned my apartment upside down looking for it, and then when I was doing laundry one afternoon I looked in the washing machine after finishing a load and saw this: 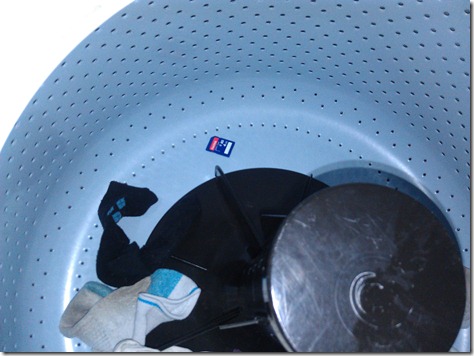 Those memory cards are tough, because I’m still using the same one today.

8. Next weekend is MPA and I’m really excited. I’ve been looking for a new dress to wear to the banquet on Saturday night because I’ve worn this dress four times in a row now, but I’ve had no luck. I went to Macy’s with a couple friends this morning, but unfortunately still didn’t find anything. 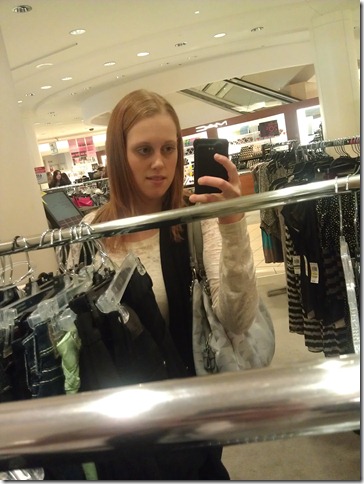 9. While I wasn’t successful in the dress department, my other friend Elena was and while she was busy trying things on, I annoyed Brad by taking countless pictures of him. 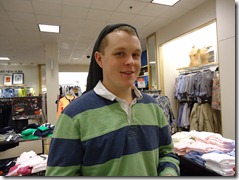 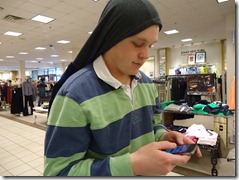 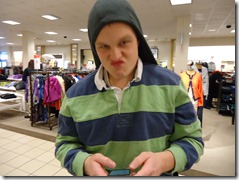 10. After seeing how obsessed Caitlin used to be with Italian herbs in a tube, I finally decided to try them a couple weeks ago. 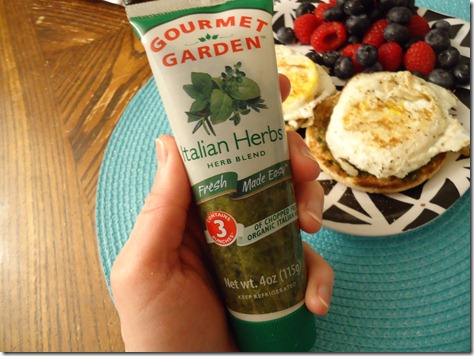 I spread some on an English muffin before topping it with two fried eggs. The verdict? Nasty. I ended up wiping most of it off with a paper towel before eating it. I’ll be sticking to my dry Italian seasoning, thankyouverymuch.

11. I’m currently hanging out at Brad’s place and since he’s studying antipsychotic medications for his exam on Monday, he wanted me to use the word “akathesia” in this post (it’s a side effect of some older antipsychotics). Since this is an “eleven randoms” post, inserting something totally random like that wasn’t quite so random after all