Good Times at XO and Brann’s

So that whole “winter” thing that Michigan has been missing out on for the last two months has finally arrived. It has been snowing all day long and by the time I got done with rotation at 5:00, traffic was backed up everywhere. 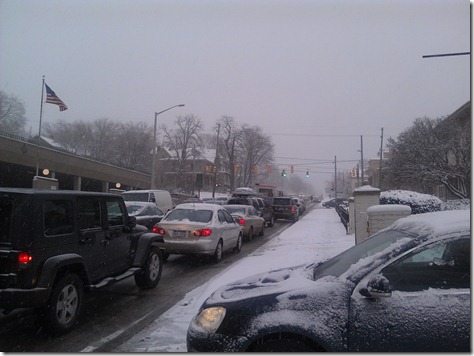 My 15 minute commute took me 40 minutes, even with the side roads (I stayed away from the main freeway). I’m definitely staying in tonight!

In other news, the past few days have been pretty busy, but in a good way. I’ve gotten to see some good friends and enjoy some yummy food, which is always a win

. On Wednesday I met up with my friend Matt at XO Asian Cuisine in downtown Grand Rapids after my rotation. We used to be in pharmacy school together, but just before our third year started – and after some very careful thought on his end – he decided to change his career path and go to seminary school. We were actually roommates for a year at one point, so we became pretty close friends. It’s been a while since I’ve seen him so it was really nice to get together and catch up.

XO is my favorite place in Grand Rapids to get sushi (you may read about my last venture there in this post). I always start with the wonton soup: 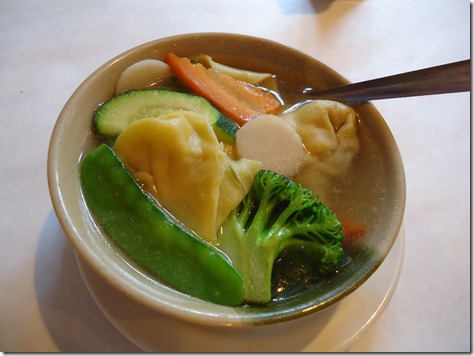 And although I usually order the Green Dragon Roll, on Wednesday I was feeling adventurous and decided to order the Amazing Roll. 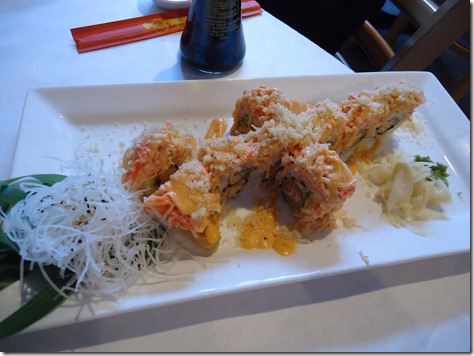 Man oh man was I glad I did because this roll really was amazing! Here’s the menu description: Salmon tempura, avocado topped with spicy crab meat and crunch. 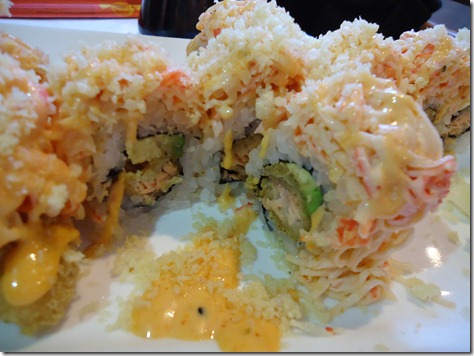 I definitely have a new favorite!

Matt ordered the sesame chicken, which he said was also delicious, despite the expression on his face. 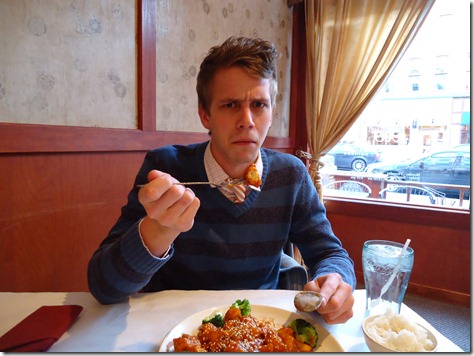 He’s not really a “normal pictures” kind of guy

). He had an interview for a residency in Muskegon on Thursday so he came down late on Wednesday night and crashed at my apartment. Unfortunately it was a short trip, as he left this morning due to prior commitments up north this weekend. As always, it was great to see him though and last night a group of us friends all went out to Brann's to grab some dinner and hang out. 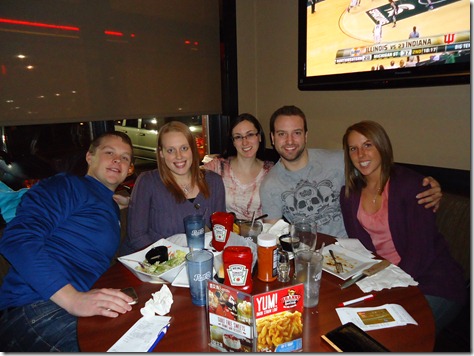 (From left to right we have Brad, me, Michelle, Eric and Aimee)

While I absolutely love Brann’s sweet potato fries, last night I decided to go the healthier route and I ended up ordering the Michigan Apple Walnut Salad, which was an excellent choice! 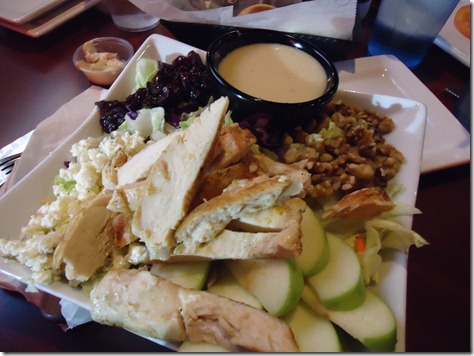 Of course, I couldn’t resist a roll with their delicious cinnamon butter while we waited for our meal: 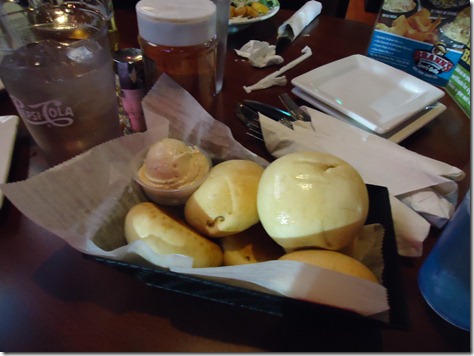 Those rolls were so doughy and fresh. I wish I could have eaten the whole basket. 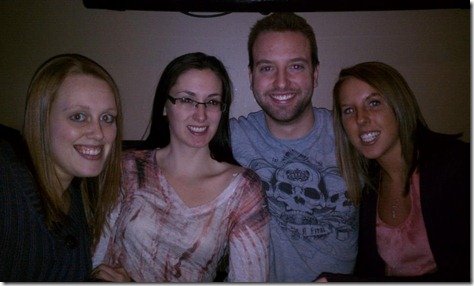 While tonight’s plans do not include anything nearly as fun as the past couple of nights, I am looking forward to having a quiet night in full of Grey’s Anatomy, Criminal Minds, and catching up on blogs. Oh, and breakfast for dinner of course. 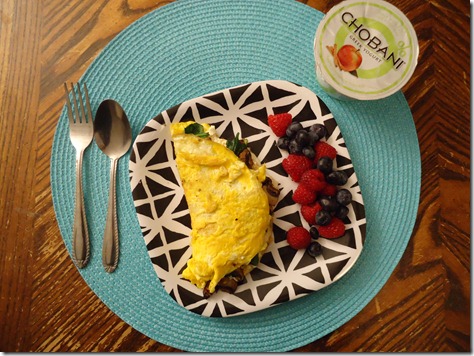 I cooked myself a spinach and mushroom omelette 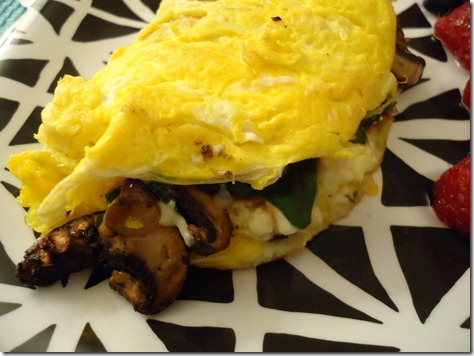 and enjoyed it with some fresh berries and an Apple Cinnamon Chobani. 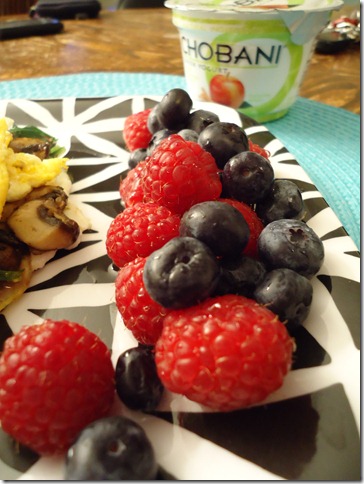 And now it’s time to get back to that Grey’s Anatomy! Have a great night everyone