It’s official: I’ve apparently thrown the concept of “moderation” completely out the window and have enjoyed way too many cookies and brownies over the last two days. Actually, I’m currently experiencing a bit of a sugar buzz and as you all know, when you eat sugar you crave more of it! Since it’s nearly 5:00 and dinner is at 7:00, I am going to try to refrain from eating anything else so I don’t completely ruin my appetite tonight, but I’m not beating myself up about anything. It’s one weekend and I’m enjoying myself!

Anyways, let’s rewind back to yesterday. After I last left ya, a few of us went downstairs and grabbed some dinner from the hotel food court (I rolled with Subway). Yes, this hotel has a food court. 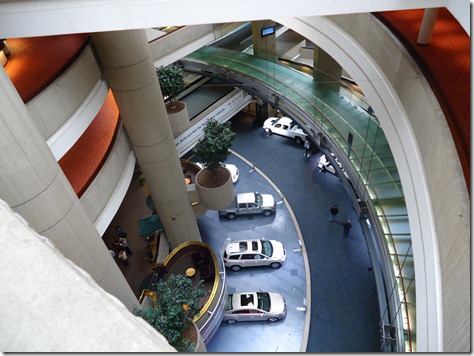 You can’t see it in this picture, but it’s down there. Pretty baller

After we finished eating we headed to the student social to mingle with the other students attending the convention, including those from the University of Michigan and Wayne State colleges of pharmacy. Some of our professors also made an appearance, so it was nice to chat with them outside of the classroom. 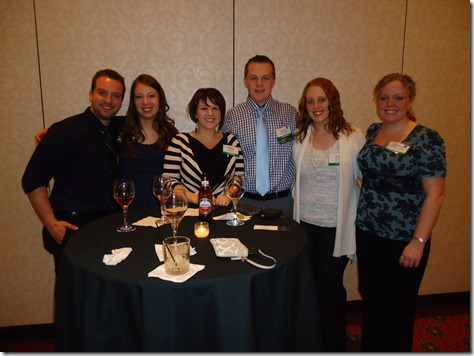 Everyone was given a token for a free drink and they provided pizza and cookies for us as well. We all passed on the pizza since we had already eaten before hand, but Brad, Gina and I dove head first into the cookies. 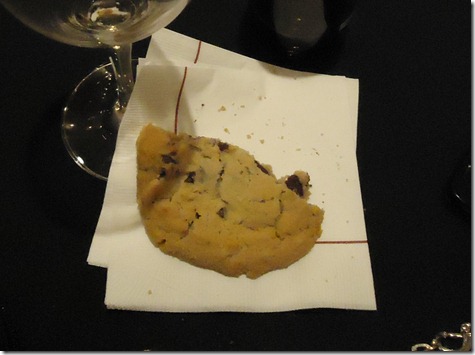 They served these same cookies last year, and I don’t know what it is about them but they are so good. Chewy and moist and everything a chocolate chip cookie should be

Even though there are students from the other pharmacy schools here, Ferris is definitely dominating the student population of convention attendees this weekend. One of our classmates managed to get everyone together for a big Ferris group picture last night. It was a little chaotic, but we managed it! 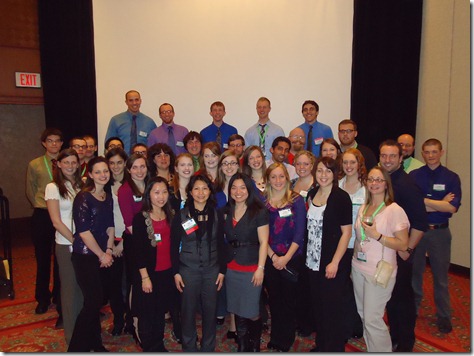 When the social was over, we went back to our hotel room and had a few drinks before making our way down to the hotel bar to socialize with everyone else. 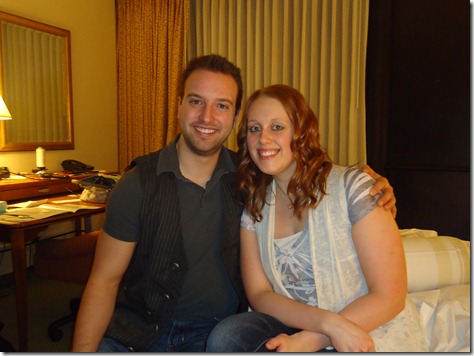 I didn’t brink my camera to the bar, but we didn’t end up staying very late anyways. Eric, Gina and I were pretty tired so we called it a night around 11 or so. It was nice to wake up this morning feeling somewhat refreshed and not hung over!

Today started with a quick breakfast down at the food court with Eric. I grabbed some oatmeal from McDonalds and ate it along with an orange that I brought from home (I always bring fruit and granola bars from home when I travel). 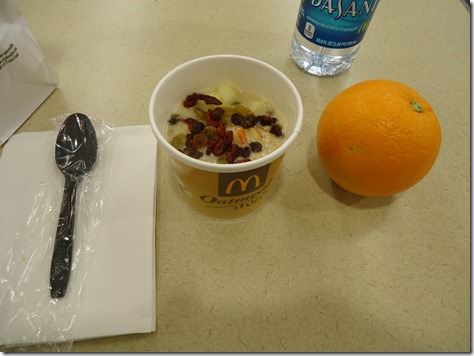 Even though it’s loaded with sugar, I really do like this oatmeal. It’s a fairly healthy fast food breakfast option and tastes pretty good! 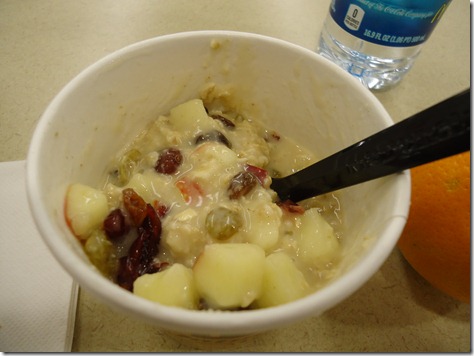 When we finished eating, we decided to attend one of the continuing education (CE) sessions that the convention has ongoing all weekend. Eric and I decided to attend the medication therapy management (MTM) session because it’s very relevant to both of our future careers, since we’ll be both be starting out in the community pharmacy field. In a nutshell, MTM is the concept of meeting with a patient and having a thorough discussion with them about all of their medications. The goal is to make sure they are taking them all correctly, there are no unnecessary medications or inappropriate dosages, and to address any questions they may have.

The rest of the afternoon has been pretty busy! First we had the MSHP (Michigan Society of Health Systems Pharmacists) student luncheon. 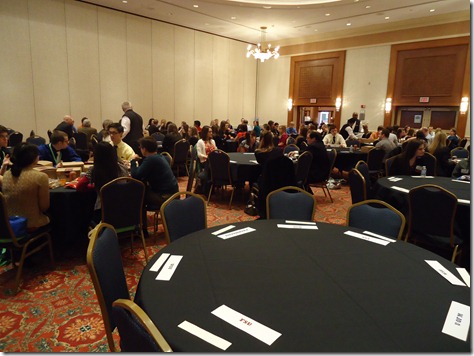 An MPA executive board member spoke to us about a legislative update while we ate boxed lunches that were provided to us. 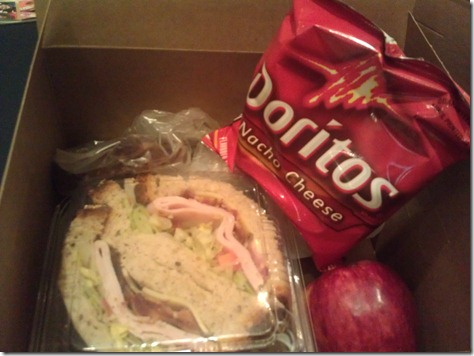 The lunches contained a turkey sandwich, chips, an apple, cole slaw, and a brownie. I gave my chips to Eric and ate the sandwich, the apple, and the brownie…and Eric’s brownie

When lunch was over, had about 30 minutes to check out the exhibit hall and we scored lots of free stuff from the vendors. 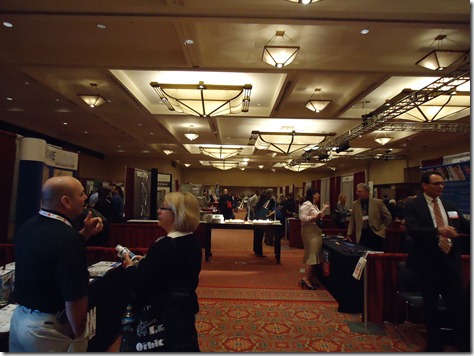 Like previous years, I left with a bag full of pens, notepads, lotion samples, and candy. Good stuff 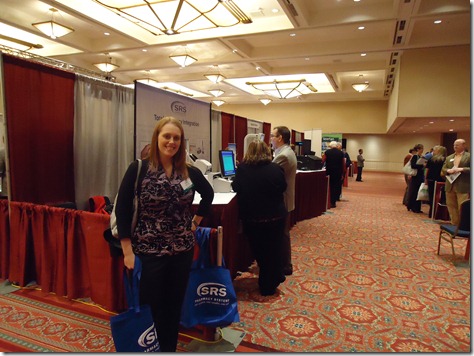 After the exhibit hall, we went straight to the Student Self Care Competition, which is a Jeopardy style game where representatives from all three Michigan pharmacy schools compete to win free drug software (and bragging rights, of course). 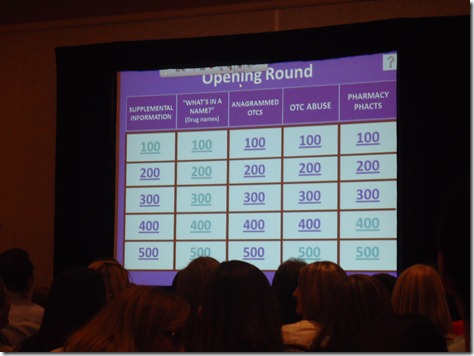 We had way too much fun at this and realized just how nerdy we actually are when we got overly excited about knowing the answers to most of the questions. 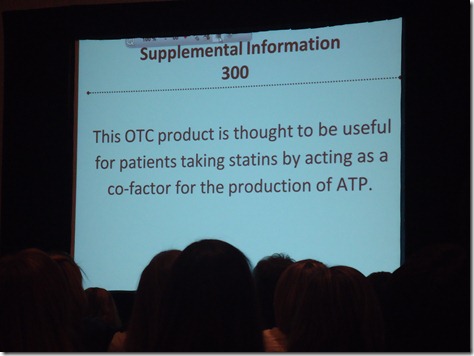 The answer to that question is “What is Coenzyme Q-10,” in case you were wondering

Hey, we’re proud of our nerdyness. 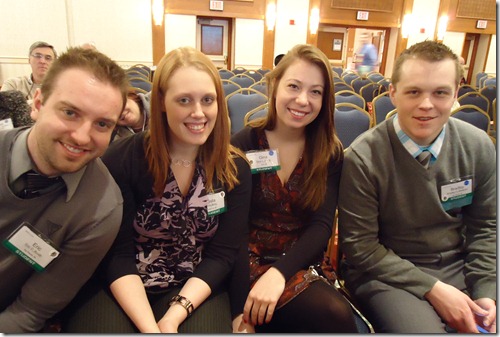 Alright, this post is getting way too long and besides that, it’s time to get ready for the banquet! See ya tomorrow with the final recap of the weekend