Last night after rotation, I had plans to meet for dinner with my two friends, Aimee and Gina. Well, it turned out to be quite the adventure to find a place to eat! We had originally planned on checking out the Sundance Grill and Bar since we’ve all driven by it numerous times but have never actually eaten there. 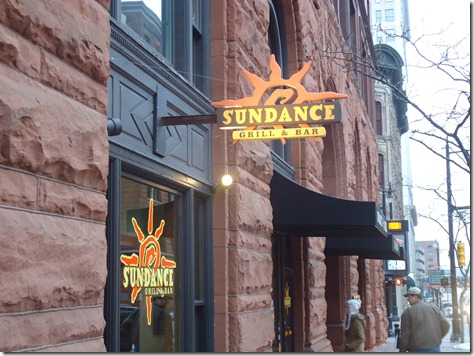 Unfortunately, when I arrived at the restaurant I discovered that it closes at 2:30pm on Mon-Wed

. Apparently, it’s more of a breakfast and lunch joint than a dinner place. If that’s the case, then in my opinion they shouldn’t include “bar” in the restaurant name. Just sayin’.

Attempt number two at dinner took us to a place called The Establishment that just opened in November. We seated ourselves and didn’t really think anything of the fact that the “restaurant” was completely empty at 6:00pm. However, when the only menu our waitress brought us was a drink menu, we realized they weren’t serving food. The waitress apologized and said their kitchen would be opening at the end of the month, and we couldn’t help but laugh at our second failed dinner attempt.

We asked the waitress at The Establishment for some restaurant recommendations (we are always looking for locally owned places downtown to try out) and she spoke highly of a place called The Bull's Head Tavern. So it was off to Bull’s Head we went! 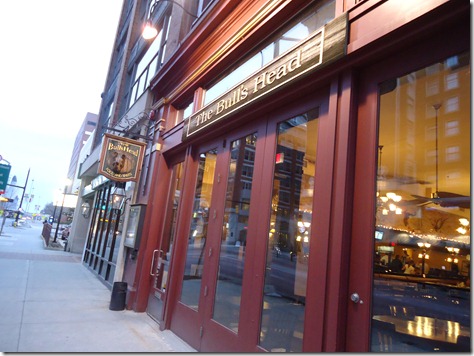 Luckily, the third time’s a charm and we were finally successful at finding somewhere to eat dinner. 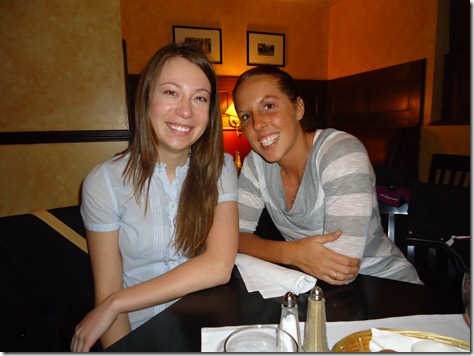 (I’ve been seeing a lot more of this girl lately and I’m not complaining!) 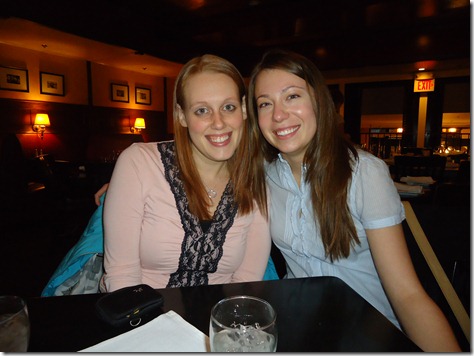 By the time we were seated we were all starving and Gina and attacked the bread basket. 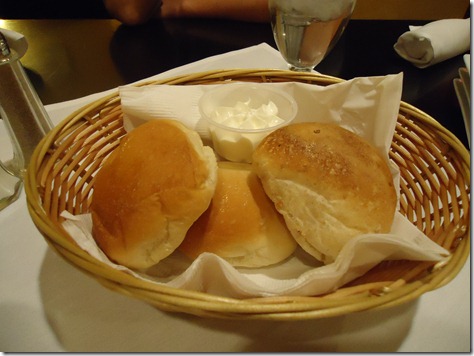 I had the wheat roll and it was just eh. Rolls are definitely not the this restaurant’s specialty.

When it came to choosing my entrée, I had trouble deciding between the Garden Burger

and the Grilled Chicken Breasts.

It seems like I get veggie burgers quite frequently at restaurants, so I decided to branch out and get the grilled chicken breasts. When I saw that they had mashed sweet potatoes, I asked to substitute those for the wild rice pilaf. 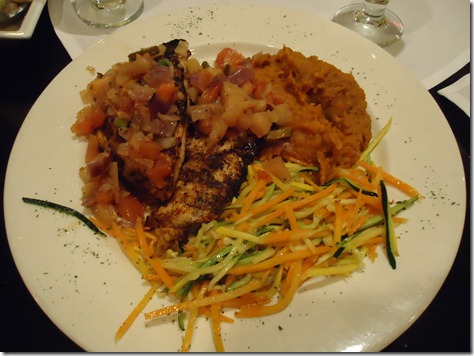 The chicken was okay, but it was pretty spicy and I only ate one of the breasts. 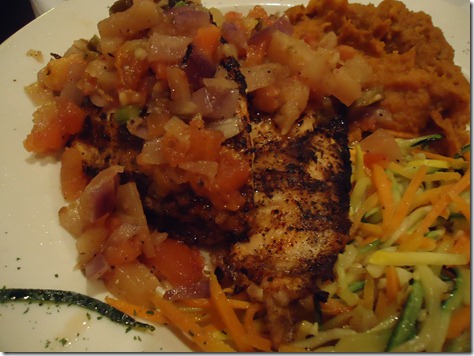 I know I managed to eat every bite of my sweet and spicy habanero chicken at Chili’s a couple weeks ago, but I guess I just wasn’t feelin’ the heat last night! The mashed sweet potatoes were awesome though and I wolfed those right down. 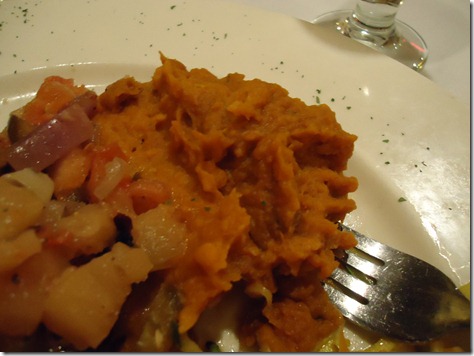 Overall, my experience at Bull’s Head was alright (food-wise that is; the company was fantastic!). I wasn’t crazy about what I ordered, but Aimee and Gina both really enjoyed their meals (as did I…because I definitely stole bites of Aimee’s duck and Gina’s pasta). I’d go back again just to give the garden burger a try

In other news, today was my last day of my compounding rotation!

Tomorrow I start my LAST rotation, ambulatory care. I cannot believe how quickly this year is going by; graduation is just two months away!! I still remember my first day of internal medicine. It was seven months ago but it feels like it was yesterday. Crazy!

I’ve got the afternoon off and I’ll be using my time to get myself organized for my next rotation, work on some blog stuff, and just relax. Then later tonight the folks at the compounding pharmacy invited me to join them for dinner. Should be fun

Enjoy the rest of your day!