Wrapping Up My Weekend In Marquette

Alright, let’s wrap up the rest of my weekend up north!

Saturday after we finally got our butts moving, Eric and I drove over his home town, Iron Mountain, which is about an hour and a half away from Marquette. We really wanted to socialize with his parents when we first arrived, but instead we immediately passed out and took the most epic nap ever. It was much needed!

After we finally woke up, the four of us played a game of Scrabble and then his parents cooked us a fabulous dinner. 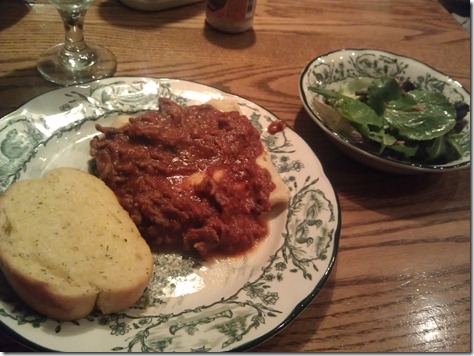 They made raviolis with a homemade meat sauce, plus garlic toast and salad on the side. The raviolis were outstanding! They were not stuffed with your typical ravioli filling, but instead had mozzarella and some other type of cheese. 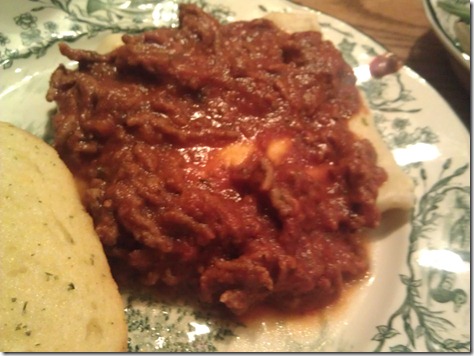 Eric said his parents get them from a local place up north, but I wish I could find them in Grand Rapids! So, so good.

We decided to have a movie night after dinner, and Eric and I played some pool while we waited for his parents to meet us downstairs. 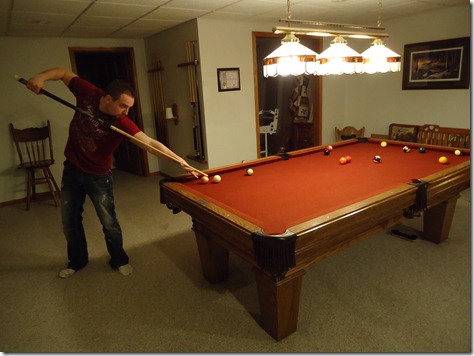 I’m normally terrible at pool, but once he explained the mechanics of the game to me (I had no idea that it actually matters where you point the stick..) I wasn’t too bad! He still won the game, but had we had a rematch he would’ve gone down

On Sunday morning his parents made us another delicious meal. Breakfast consisted of bacon, eggs, and biscuits! 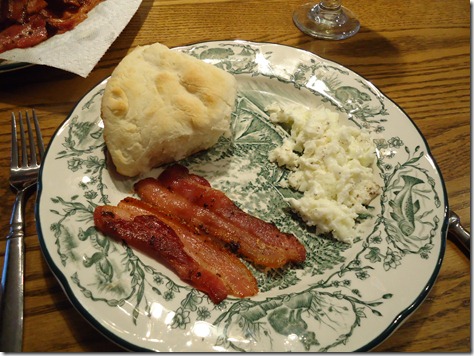 You guys know how much Eric loves his bacon… 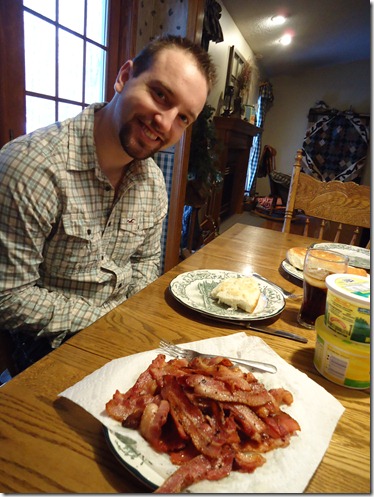 After breakfast we drove back to Marquette and met up with Chelsey and Kaina at Presque Isle Park. The weather was absolutely gorgeous! 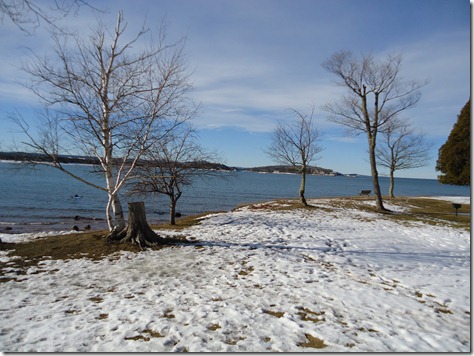 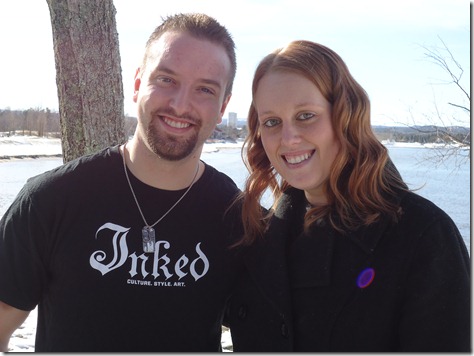 I cannot believe that it looks like this outside in the middle of February, let alone in the U.P., but it was actually warm enough to do some grilling. 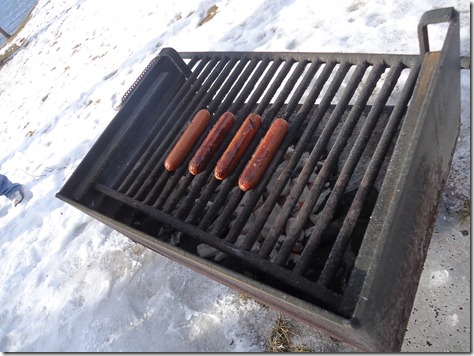 Kaina cooked up some hot dogs for us all to enjoy, and they were pretty darn tasty

. It was the perfect way to end a great weekend in Marquette. 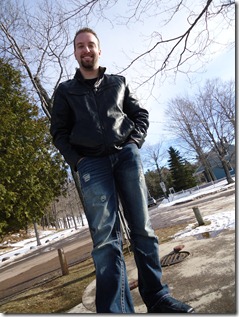 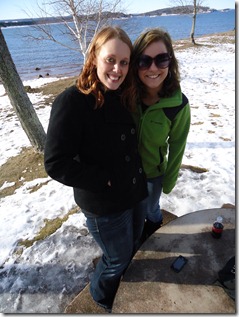 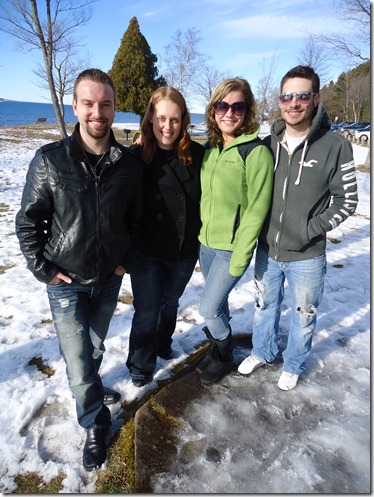 And just like that, it was time for Eric to drop me off at the airport. The weekend went by so fast!

Unfortunately, it’s back to reality now and I’m off to my rotation for the day. I also have a job interview later this morning about a future position with the company that I currently work for, so wish me luck!

Have a great day and I’ll see ya later