Car Repair and a Fun Day with Melissa

Hello and happy Sunday my friends!

I didn’t mention it in yesterday’s post, but while I was typing away I was actually currently waiting for the folks at Tuffy to fix some brake problems that I noticed with my car earlier last week. 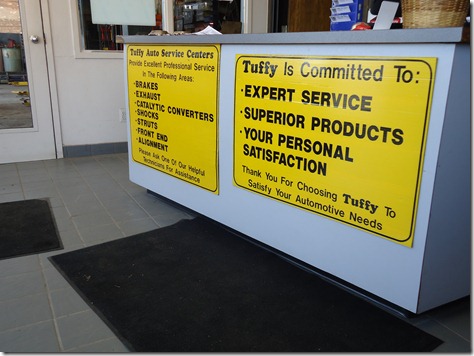 While I was on the freeway driving to rotation one day, I noticed that my steering wheel started shaking a lot whenever I hit my brakes, and that definitely concerned me. It continued when I got off the freeway so I had Melissa ask her fiancé, Nick, about it since he knows a lot about cars. He said it had something to do with my rotors (don’t ask me what those do) and that it was probably more of an annoyance than something that need to be immediately fixed, but I don’t like to mess around with any type of brake problems what-so-ever so I made plans to stop at an auto service shop as soon as I got a chance.

Sure enough, Nick was right and the guy at Tuffy explained that he needed to replace my rear brake pads and rotors and “fine-tune” the front ones. His estimate was almost exactly what Nick estimated the repair costs would be, so I said to go ahead and do it (being a clueless female when it comes to cars makes me an easy target to get ripped off, so I’m always cautious before signing off on an estimate).

Unfortunately, I was told that it would take over an hour to fix and I had some work that I wanted to get done at home so I almost hesitated to go through with the repair yesterday, but the service guy told me they had a car I could borrow if I needed to leave. I decided to take him up on the offer so I could come home while they worked on my brakes. Check out the hot car I got to drive for part of the afternoon: 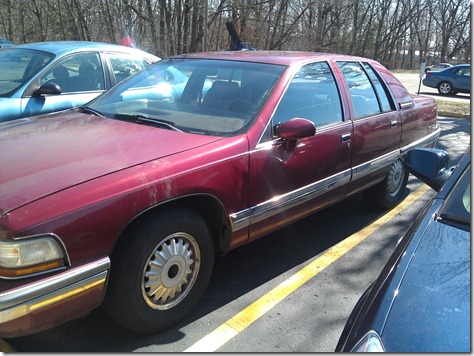 Sexy, right? Honestly, it wouldn’t have been that big of a deal if the inside wouldn’t have been so completely disgusting. The whole time I was driving it all I could think about was how many nasty hands touched that steering wheel and I couldn’t wash my hands fast enough when I walked into my apartment. Ah well, I suppose I shouldn’t be complaining so much because my car is fixed now (they did a great job) and I was able to come home, eat, blog, and grab the things I was bringing to Melissa’s that afternoon to cook dinner while they did it. I will say though that I have never been so happy to be using my own steering wheel again

After picking up my car at Tuffy I drove down to Plainwell to meet up with Melissa and get ready for an afternoon of shopping! 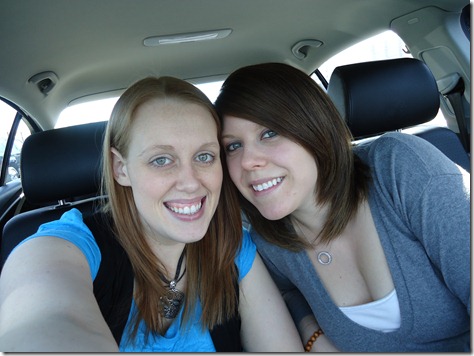 She hasn’t been shopping in a long time and essentially needed an entire new spring wardrobe. Our first (and main) stop was Maurice’s, and while I tried on a few things I wasn’t successful like I was the last time I went. I must have passed away my Maurice's luck to Melissa because she walked way with a pile of clothes, and the only things I purchased were a St. Patty’s Day shirt and a bracelet. 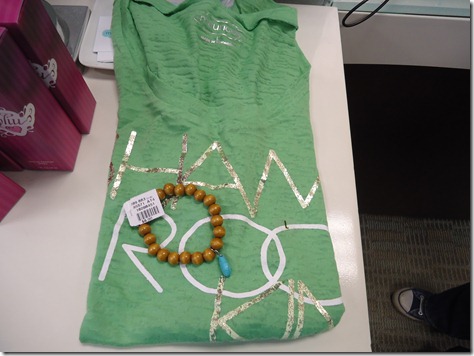 However, this wasn’t just any old bracelet; this was a friendship bracelet. Melissa bought a matching one too 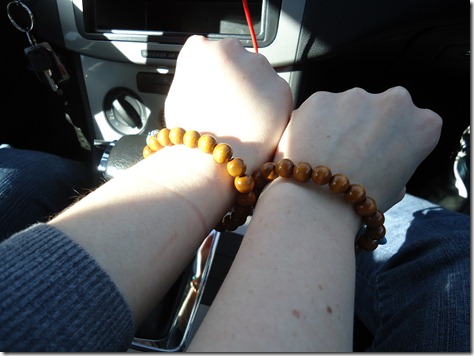 Ah, takes me back to the middle school days

. I say you’re never too old for friendship bracelets.

After a few more stops, our shopping excursion came to an end and we came back to her place so I could make dinner for the three of us (Melissa, Nick, and I). 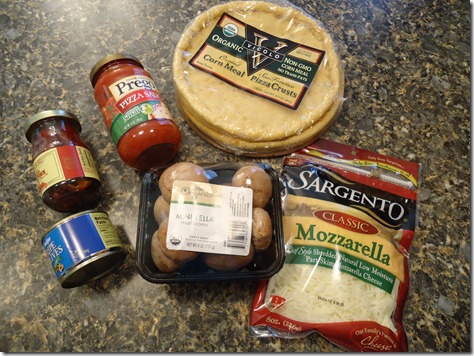 The last time I was home in Traverse City, my mom sent me back with a couple of my favorite pizza crusts that she buys at Oryana. 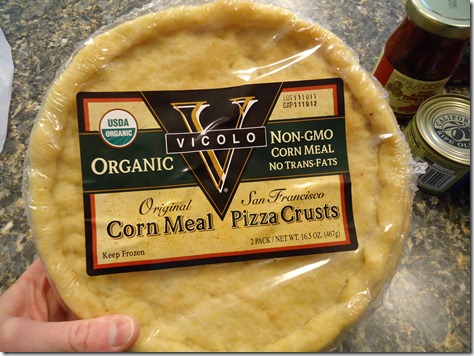 I didn’t really want to make a bunch of pizza for myself, so I thought it would be a fun idea to bring all my pizza stuff over to her place and cook for all of us since she’s cooked for me numerous times and I had yet to return the favor. 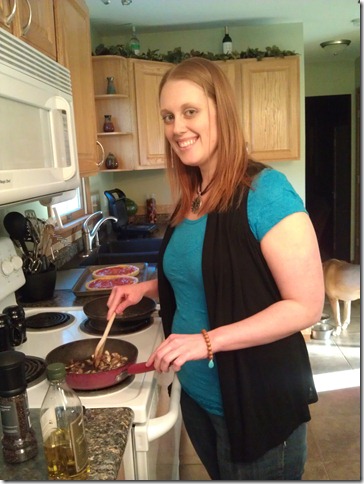 I made the pizzas with a veggie sauce (nothing special, just Prego), mozzarella cheese, mushrooms, spinach, sundried tomatoes, and black olives. They turned out great! 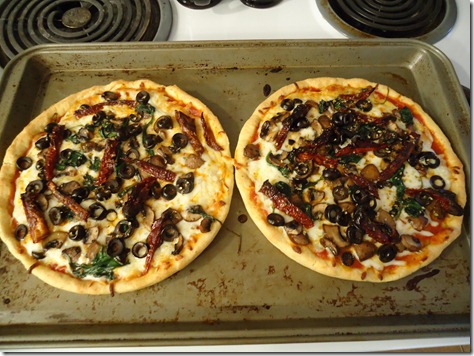 The three of us wolfed down both of the pizzas and there wasn’t a crumb left. Guess that means they liked them

So far today I haven’t done much other than relax at home and do some cleaning. I’m about to go make some lunch and then I think that a quick 30 minute Turbo Jam Fat Blaster workout might be in order!

Have a great day and I’ll see ya tomorrow!

By the way, today is your last chance to enter my Larabar giveaway. I’ll announce the winner tomorrow!