I had an awesome workout yesterday morning. I started off with NROLFW 1A, which really kicked my butt because it’s been a week since I’ve lifted weights. I’ll tell ya what, I’m definitely feeling it today! After my I was done with the strength training portion of my workout, I hopped on the treadmill and ran two miles. I know it’s not much, but two miles is two miles and it felt good to get them done! I’m extremely frustrated with my pace right now though. It’s not like I was really ever “fast,” but I used to be able to knock out three miles on the treadmill in under thirty minutes (not on pavement though, my fastest 5K is 32:19), and right now it takes me almost 22 minutes just to run two miles. 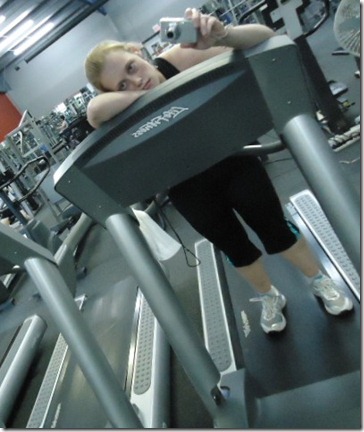 I’m actually going running with my friend, Brad, today and I know that he’ll push me. He just ran a 5K this past weekend and crushed his goal of 28 minutes with a chip time of 25:57! In other words, he is a LOT faster than me! When I told him I was planning on running after rotation today, he told me that I had no choice – he was running with me. After I told him how fast I’ve been running he said, “Berg, we will change that.” Ha. I had a lot of fun biking with him this summer, so it would be nice to be able to actually run with him too – especially since he is the one who convinced me to do a sprint triathlon this summer! 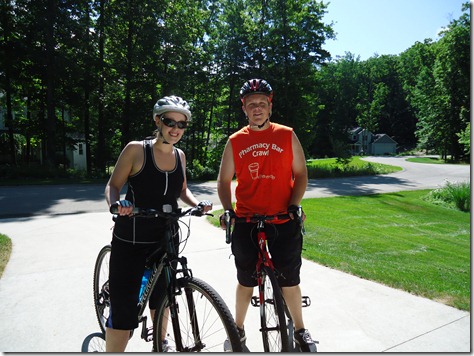 In other news, check out what I’ve been eating for dinner for the past two nights that required absolutely zero effort from me: 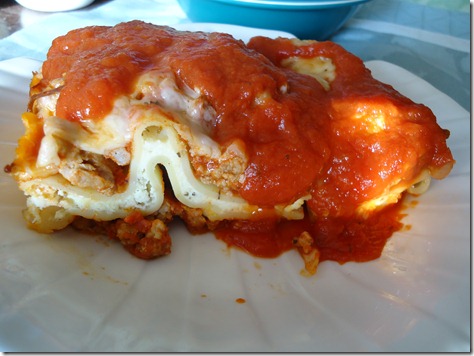 That would be homemade lasagna that the dinner fairy left me

Haha, just kidding. But it is homemade lasagna that I didn’t have to make! This weekend while I was in Marquette I let my friend Aimee stay at my apartment because she had plans in Grand Rapids over the weekend but doesn’t currently have an apartment here. Well, she made lasagna for a few of our friends on Friday night and left all of the leftovers for me! It was enough for four nights worth of dinners and it’s delicious. I told her she is welcome to stay at my apartment any time!

Served with a spinach salad for some veggie action: 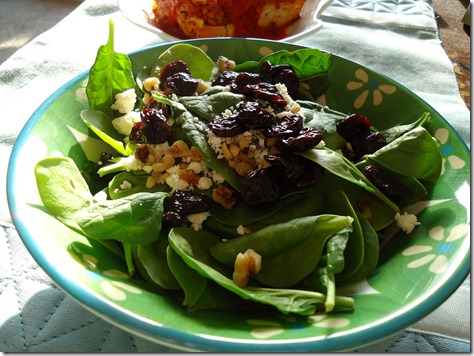 Why does food always taste better when someone else cooks it? 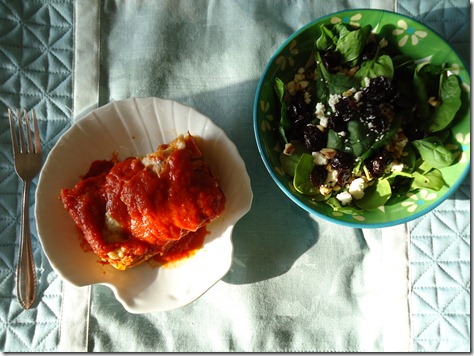 After dinner I went over to Brad and Elena’s house and they ended up coercing me into going out to a local brewery with them. They had just finished a midterm and were determined to get out and celebrate, so I agreed to drive. Before we left to join the crowds at Founders (and a ton of other P3 pharmacy students out celebrating), we hung at their apartment for a bit and caught up on each other’s weekends. 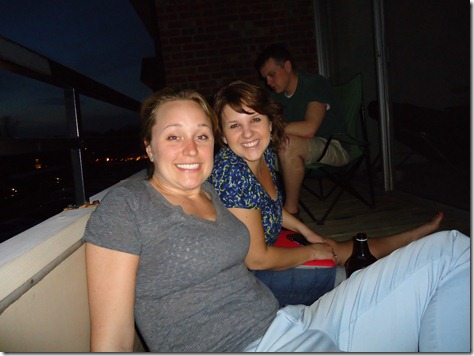 I love these guys! I need to hang out with them more often, even if they do drag me out and keep me up past my bedtime 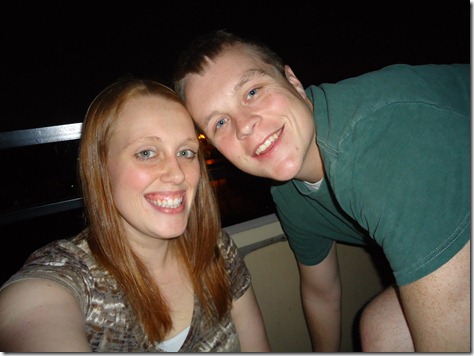 Have a wonderful day everyone!