Phew! After a fun weekend, an entire day of driving yesterday, and a long day at rotation today, I finally have a chance to sit down and blog! Let’s finish wrapping up my weekend in Marquette, shall we?

When I last left you, I was just about to sit down to lunch at Eric’s parent’s house in Iron Mountain. His dad is really great in the kitchen, and it’s no mystery where Eric gets his cooking his skills. He used the leftovers from Saturday's feast to put together a delicious pasta dish that he served with crab cakes and leftover garlic bread. 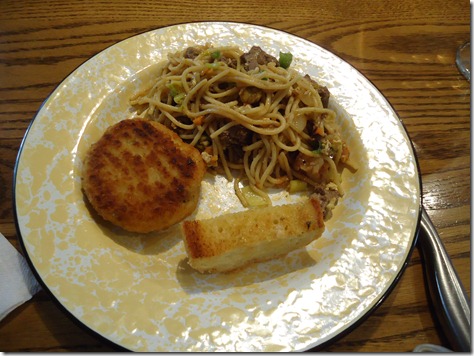 The pasta contained chopped steak and shrimp, celery, onion, garlic, and some other unknown spices that I didn’t ask about because I was too busy inhaling it 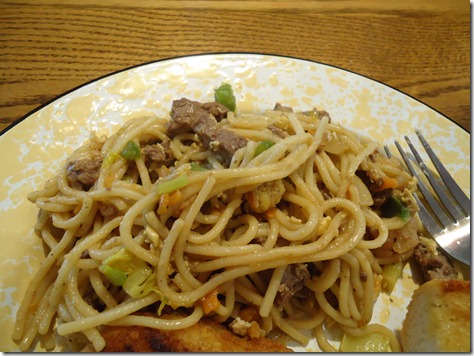 The crab cake was delicious as well, and I was bummed when his sister claimed the leftovers. We totally would have eaten those if she hadn’t. 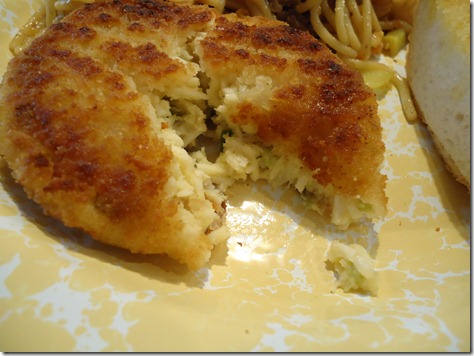 After lunch and a quick power nap, we hit the road to head back to Marquette to get ready for our St. Patty’s Day plans at Chelsey’s place. Of course, we had a very necessary pit stop to make on the way… 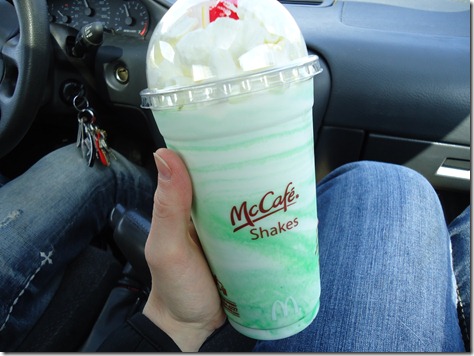 Oh yeah. That would be a shamrock shake, and it was awesome! I’ve only had a shamrock shake one other time in my life, and that was last year on St. Patrick’s Day. I know that it’s really just a vanilla shake with mint flavoring and green food dye added, but there’s something about the thought of saving it as a once a year treat that makes this shake taste really good. Eric and I split a large one, but I’m fairly certain that I drank most of it. 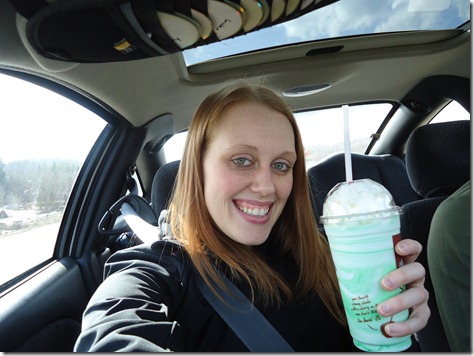 After arriving in Marquette, we unloaded our things, grabbed Eric’s roommate, Christine (another pharmacy student), and walked over to Chelsey’s apartment for some St. Patty’s Day shenanigans. 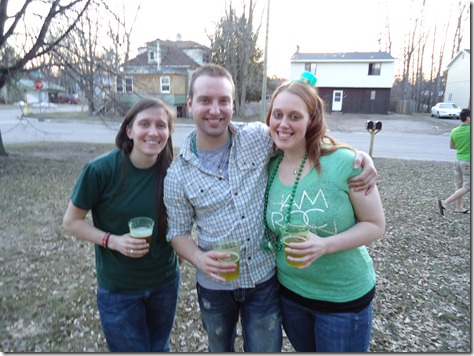 Side note: My shirt says “Sham-rockin” and I totally meant to take a picture in it while holding my shamrock shake but I forgot! Maybe next year..

I was quite a fan of Chelsey’s festive outfit, and she attempted to deck out her fiancé with St. Patty’s Day accessories as well. 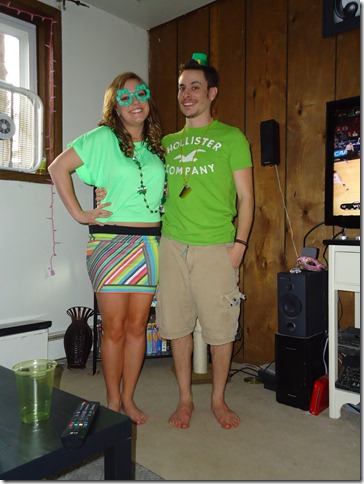 We enjoyed a beer outside while throwing around a Nerf ball and waiting for the rest of her friends to arrive. 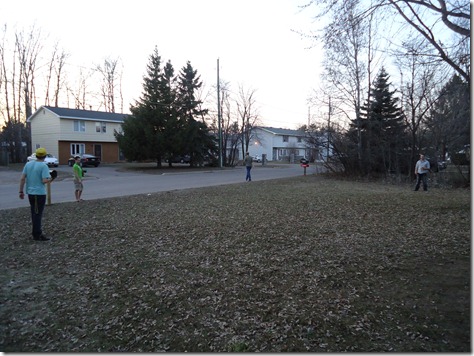 I played a little, but I’m much better at watching on the sidelines and taking pictures 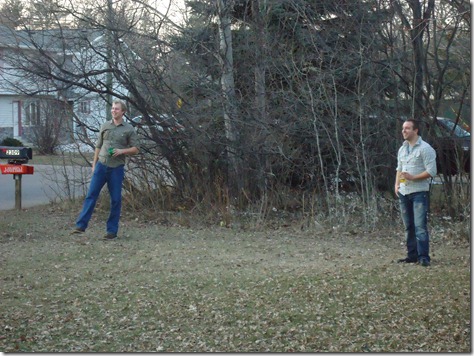 More people arrived as the night continued, and eventually it got too cold and dark out so we took the party inside. We all chatted (and some of the guys watched the March Madness that was playing on TWO television screens in the living room) while we waited for our party bus (!!) to arrive. That’s right, Chelsey arranged for a party bus to pick us up and drive us around town, and it was so much fun! 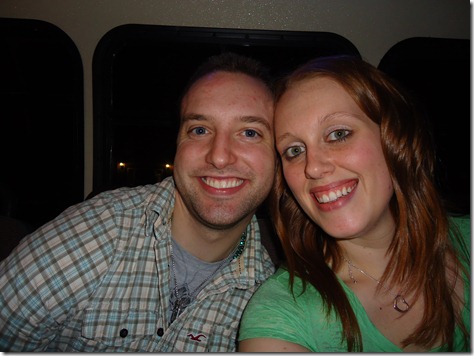 For an hour the bus was ours, and we all danced the entire time while the bus driver blared the tunes and drove us around Marquette. I was a bad blogger and put the camera away for most of the evening, but sometimes it’s nice to just enjoy the party instead of trying to document the whole thing, ya know?

At around 11:00, the bus driver dropped some of our crew off at the bars downtown and the rest of us went back to Chelsey’s. It was at that point when Eric, Christine and I decided to call it a night and head back to their apartment. I had a long drive the next day and didn’t want to wake up totally sleep-deprived. I’m happy to say that I actually got a decent amount of shut eye so the drive wasn’t quite so miserable.

Before I left yesterday, Eric and I stopped at Big Boy to grab some breakfast. I chose the “You Pick 3” combo and selected fruit, eggs, and whole grain hotcakes for my meal. 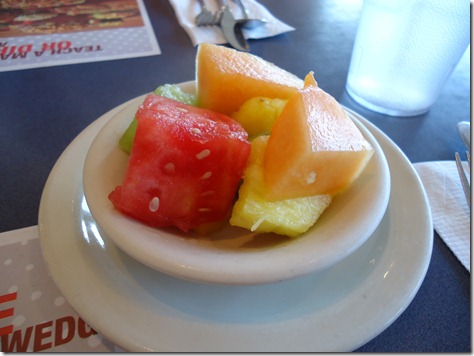 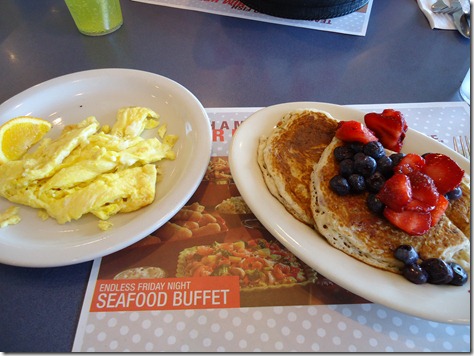 Unfortunately after breakfast it was time to head home. While I had an absolute blast in Marquette, I definitely am not a fan of the drive. I dread driving from Grand Rapids to Traverse City, and that’s only a 2.5 hour commute. This trip had me on the road for almost 13 hours total! Like I said though, it was well worth it. 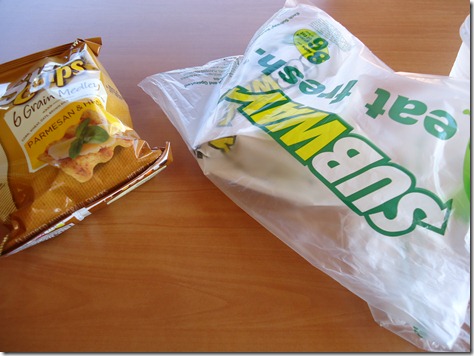 I gave the chicken chipotle another chance, only this time I got it on flatbread with pepper jack cheese instead of provolone. It was exactly the spicy kick this sandwich needed and I officially have a new Subway favorite. 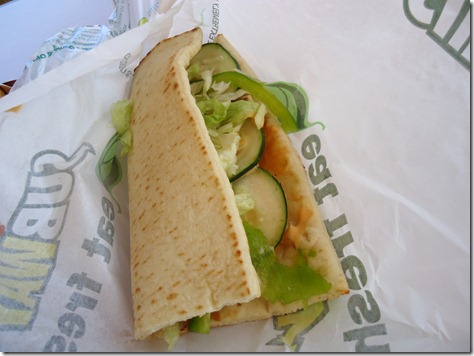 And that’s the end to my weekend! I had a long day at rotation today and tonight I still need to grocery shop, do laundry, and write tomorrow’s blog post. Busy busy busy!

Hope you all had a great weekend and I’ll see ya tomorrow!