Greetings from the Upper Peninsula!

Pretty long drive from Grand Rapids! The seven hour drive actually went by fairly quickly since I’ve started making my way through the Hunger Games trilogy audio books. I’m officially done with the first book and I finished three out of ten discs of Catching Fire. The second book took a little longer to get into than the first, but it’s still good. Tomorrow I’m going to see the movie with Eric and his parents – I can’t wait!!

This morning we started our long weekend off on the right foot with a five mile run/walk around Lake Antoine! 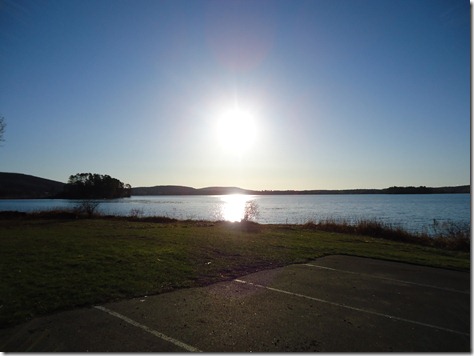 Pancakes first to fuel up: 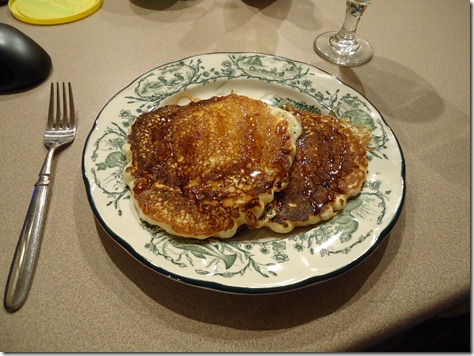 It’s been a while since I’ve had pancakes that weren’t made with Greek yogurt and were topped with plain old butter and syrup. They were tasty!

After breakfast we headed down to the lake for our workout. It was a little nippy out but not too bad, and the weather was gorgeous. 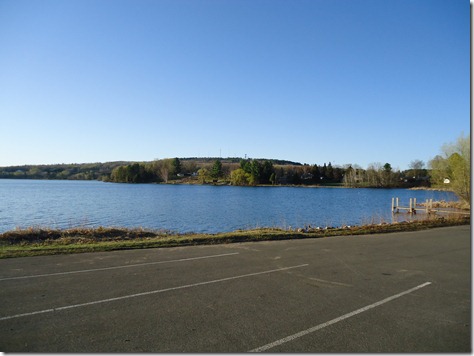 Lake Antoine is a popular lake in Iron Mountain to run around, and we saw lots of other people out and about this morning. It’s about five miles all the way around, so we definitely had our work cut out for us. We probably walked more than Eric would have liked, but I’m way more out of shape than he is (obviously) and have got some catching up to do! 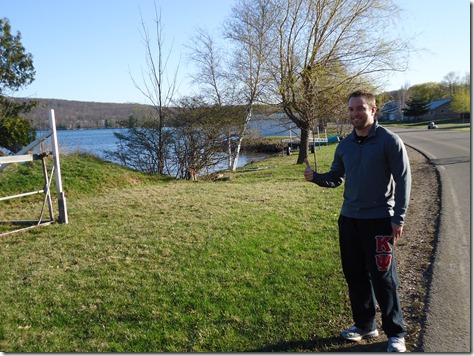 I may not have acted like it during the run, but I was happy to have my workout buddy back! He really pushes me to my limits. 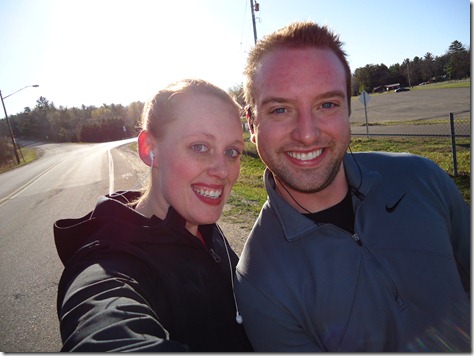 At one point we were really close to the edge of the lake, and the water was so clear that you could see the bottom. 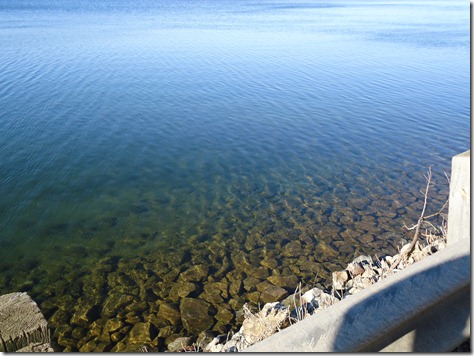 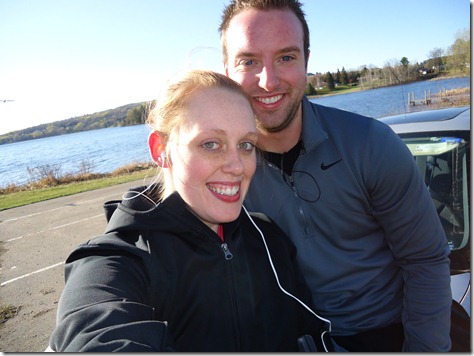 It was a great workout, but I’m not going to lie, it was TOUGH. By the time we got back to the car, I had a cramp in my side, my knee was hurting, and my stomach was making some uncomfortable churning noises. I made it through though and it felt good!

After we got cleaned up and showered, we ran to the grocery store to pick up some things for lunch. Eric cooked up some tilapia tacos and we used flatbread as the tortillas. They were awesome!

He’s so funny – after he finished slicing up the veggies for the tacos he brought the cutting board over and set it in front of me and then just stared at me. I looked up and said, “why are you giving me that look?” and he replied, “aren’t you going to take a picture of it? I tried to make it really pretty for the blog!” I busted out laughing. Love it. 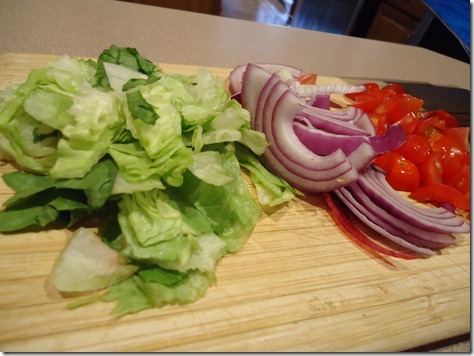 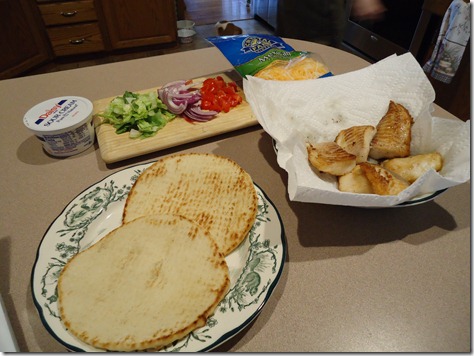 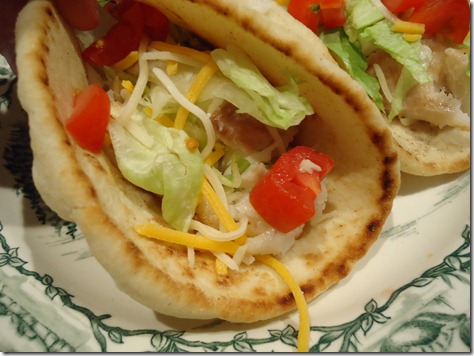 He was pretty proud of his creation 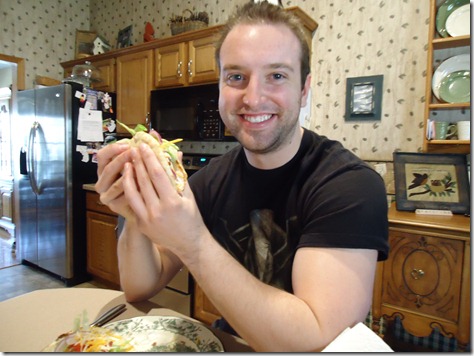 Now that my belly is full, my body is aching for a nap. Plans for later today include playing some badminton and then relaxing around the house. Sounds good to me!