I took the next few days off of work and am currently hanging out with Eric at his new apartment in Lansing. He just moved here last week (he starts a pharmacy residency here in July) and he was anxious to get into his new place. I don’t blame him – his apartment is awesome! It’s so much bigger than the studio apartment that he rented last year (I also lived in it during the spring semester while I was in Grand Rapids and he was in Marquette). Check out how big the kitchen is! 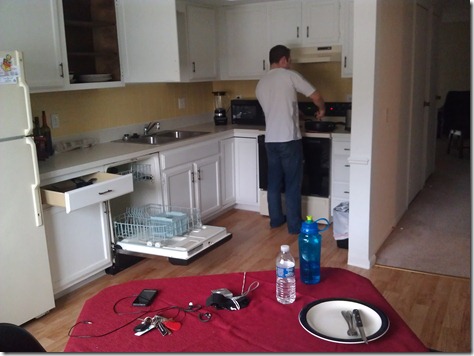 It’s quite a change from the last apartment… 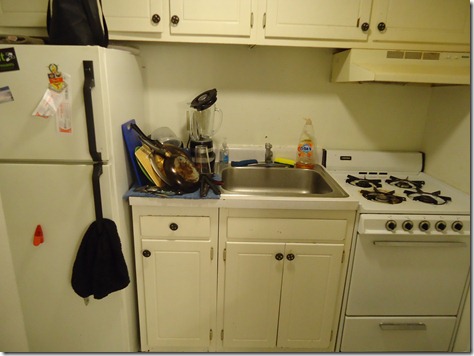 That was literally the entire kitchen. There was no dishwasher, absolutely no counter space, and hardly any cabinets or places to keep things. The refrigerator wasn’t even full size – it was ridiculous.

Anyways, I had to work until 6:00 last night and had to make a pit stop in Grand Rapids on the way so I didn’t arrive in Lansing until after 11:00. We pretty much passed out when I got here, but this morning we were up bright and early to make a trip to the grocery store. Not surprisingly, the boy had nothing except a bag of frozen chicken tenders in the house and that is just not going to cut it with me

Forty-five minutes later we were back home and he got to work cooking up a delicious breakfast for us. 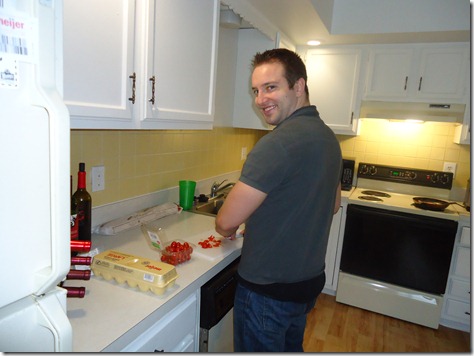 He made an egg scramble with eggs, bacon, tomatoes, cheese, and a splash of coconut milk. I enjoyed my portion with a cup of Chobani Greek yogurt: 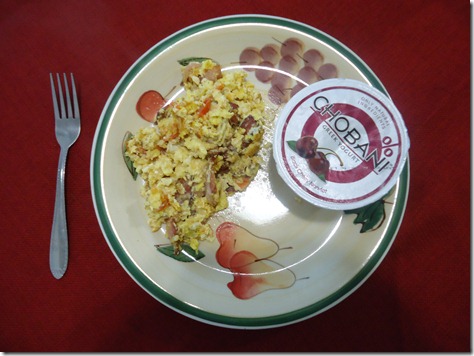 Eric was actually not the biggest fan of this creation, but I loved it. 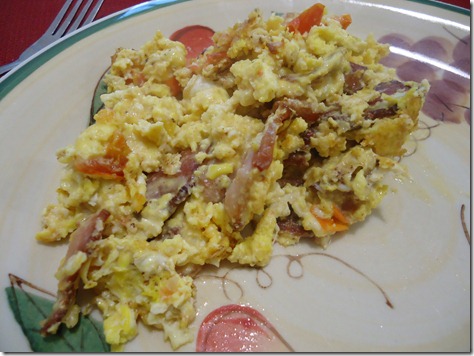 He said that it was a bit too sweet for his palate, but I didn’t think so at all and loved the addition of the coconut milk. Then again, I don’t think it’s possible for something to be too sweet for this gal

After breakfast it was time to get our workout on! There was a great deal going on when he purchased his gym membership where you could add an extra person to the account for the summer at no additional cost. In other words, I can workout at his gym all summer for free whenever I’m visiting. Score! 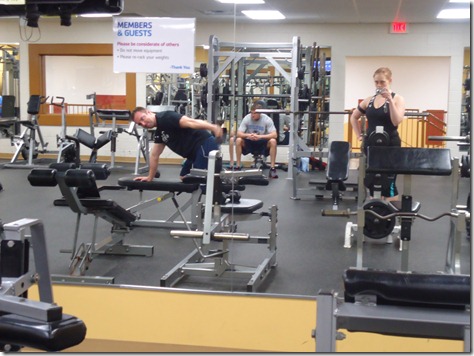 I was in a “bring your camera to the gym” mood

Today’s workout focused on biceps and triceps and it left my arms trembling. It’s been weeks (!!) since I’ve lifted weights – mostly due to my current lack of a gym membership – and I could feel it the second I lifted the first dumbbell. Here’s what we did:

It was nice to have my gym buddy back because I really needed someone to push me today. I was feeling kind of lazy and there is no way I would have been lifting that barbell if he hadn’t been standing there telling me to just do it. 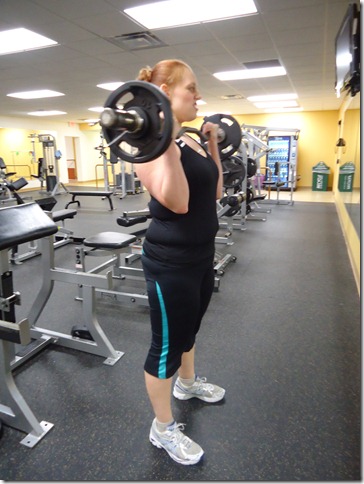 That’s the face of determination

After we finished with our strength training we hopped on the treadmill and each completed a 5K run. THAT was tough! It was slow (for me anyways) and I was this close to quitting before the end, but I’m so glad that I finished it out. Why does running have to be so hard?!

Post workout, Eric prepared some tilapia for lunch that we had picked up at the store earlier this morning. 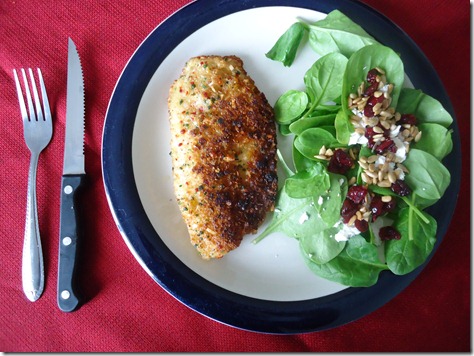 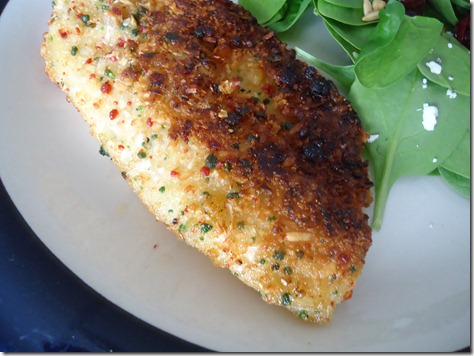 The tilapia was a coconut encrusted (we purchased it pre-prepared) and it was delicious.

This afternoon we went and saw Five Year Engagement (hilarious!) and spent the rest of the afternoon chilling at the apartment. 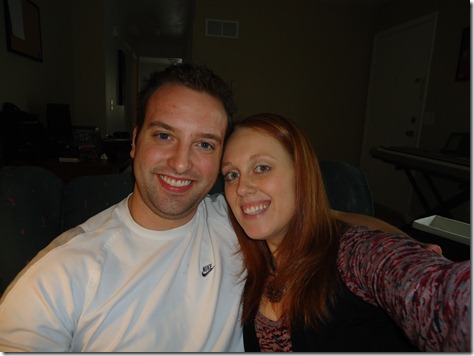 We actually just had a bit of a kitchen disaster (more on that tomorrow..), so we’re off to Applebee’s to grab some dinner.

Have a great night and I’ll catch ya later!