Yesterday, Melissa and I tried out a new-to-us restaurant, Cheero's Sports and Sushi Grill.

I’ve driven by this place tons of times over the past few months and since I love me some sushi, I’ve been dying to get over and try it out. The restaurant has an outdoor patio (though we unfortunately couldn’t sit outside) and a really nice bar area. 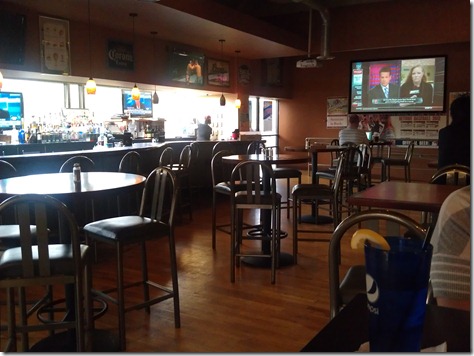 Since we arrived fairly early (around 5:30) the restaurant was pretty dead and not only were we were quickly seated, but we got to pick our own table out of the entire restaurant. 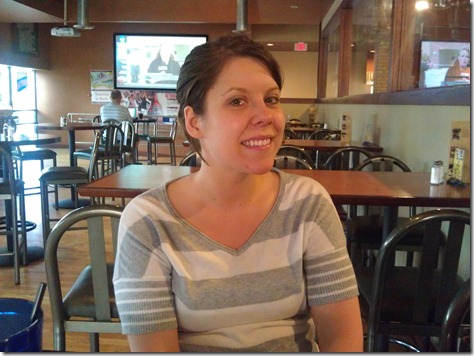 We skipped past the appetizers and went straight to the sushi menu after we were seated. At first I wasn’t that impressed the selection, but after looking at the sushi menu online, I think that we may have missed a second page. That kind of bums me out, because I would have loved to have tried one of the special rolls as those are usually my favorite. Melissa ordered a California roll, I ordered a shrimp tempura roll, and we shared a crunchy spicy tuna roll and a crunchy salmon roll. 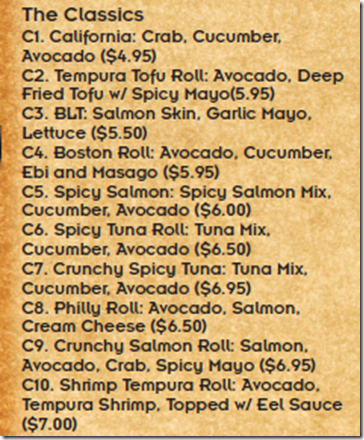 I love how pretty sushi plates look when they come out! 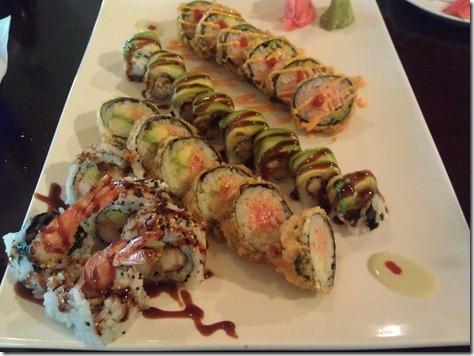 Unfortunately, the spicy tuna roll and the spicy salmon roll were both fried, which we were not expecting. When we saw “crunchy” in the description, we assumed that meant there would be little “crunch” pieces on top of the rolls since that has been our experience in previous sushi restaurants. I would have appreciated if it would have specified in the menu that these rolls were fried or at least included “tempura” in their title because we probably wouldn’t have ordered them if we would have known that. However, regardless of the fact that it was fried, the spicy salmon roll was still my favorite of the bunch, followed by the shrimp tempura roll.

I really like that Cheero’s is both a sushi joint and a sports bar because I think that variety appeals to a lot of people. Even though I wasn’t crazy about the fact that our rolls were fried, I’d go back again to try out some of the “special” rolls that we missed out on last night. It was still a fun dinner with my bestie and was probably one of the last times I’ll see her for a while since I’m moving back to Traverse City on Friday night. 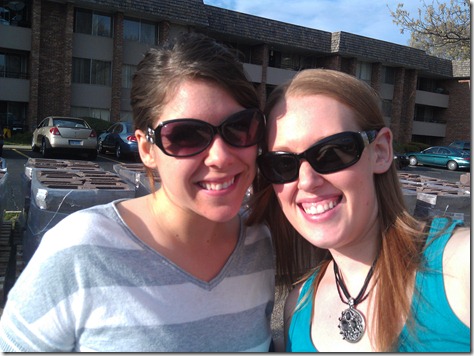 (excuse that awkward smile from me, apparently the sun was blinding me despite my sunglasses…)

After Melissa and I finished up with our dinner, I picked up a couple friends and went downtown for a bit to help them celebrate the end of exams and the end of their P3 year. 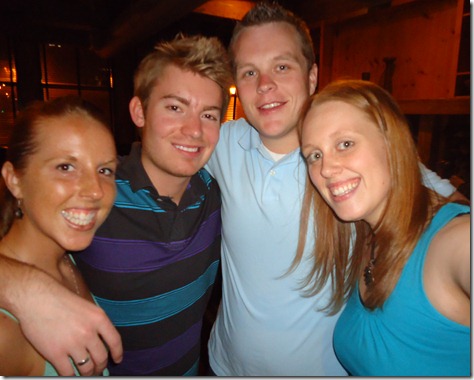 Our night started off at The B.O.B., which is one of my favorite places in downtown Grand Rapids. I’ve been to the B.O.B. numerous times in the two years that I’ve lived here, but last night I did something there that I’ve never done before: played Shuffleboard! 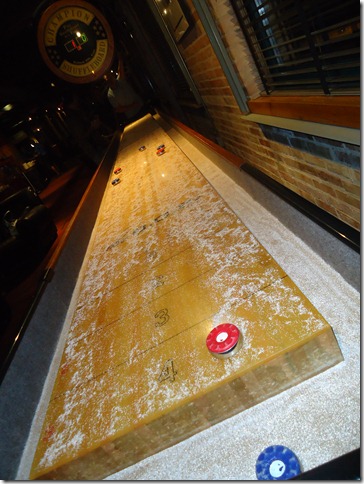 Steve and I (he’s pictured in the striped shirt above) played against Brad and Aimee (also pictured above) and it was so much fun. Normally I don’t really play games at the bar when I go out, but I think I need to change that because I had a blast sending those little pucks (??) flying across the board! 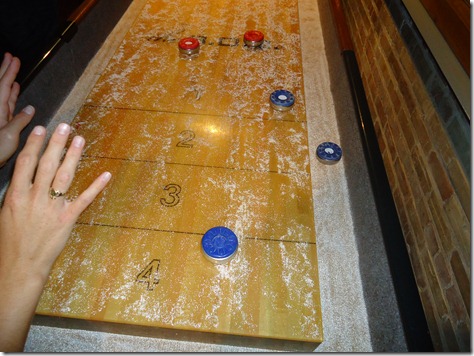 It was a close game, but in the end Aimee and Brad beat us. She is actually very good at that game but claimed it was her first time playing. Beginner’s luck I guess!

After finishing up our Shuffleboard game, we rounded up the rest of our crew and walked down the street to Mojo's, a popular piano bar. 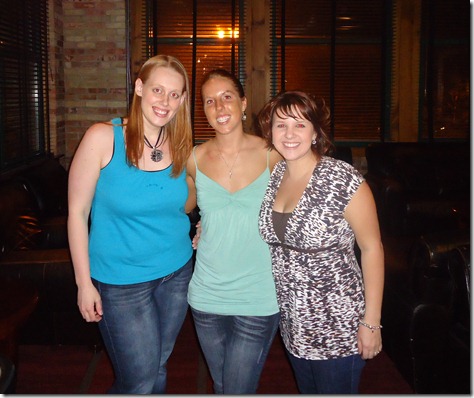 We weren’t there for too long before I got really tired and decided to call it a night. I have a lot to do today and did not want to be out late, so Aimee, our friend Babs, and I headed back to my car and drove back.

Even though I got zero accomplished on my to-do list yesterday, I had a ton of fun and it was totally worth getting out there and enjoying one of final days in Grand Rapids with my friends. Unfortunately, today that means I need to get a move-on! I’m about to go get my hair cut and colored, and then I need to stop and get boxes before I finally get a start on packing. Eric is also on his way down here right now from Iron Mountain (yay!!) and we all have plans to hang out again tonight. Should be another good night!

Have a wonderful day my friends