Wow, what a fantastic day at Cedar Point! 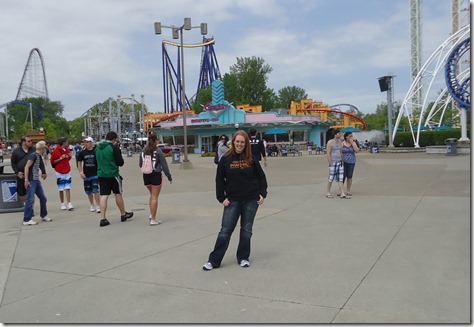 For those of you who may not be familiar with Cedar Point, it’s an amusement park located in Sandusky, OH. However, it’s not just any amusement park -it’s actually known as the roller coaster capital of the world! I usually make at least one trip there every year (check out this video Eric made of our last trip) and always have an absolute blast.

Some of the more well known coasters include:

Unlike the last time I went to Cedar Point in October, today the weather was bright and sunny and best of all, there were no lines! My friend Jenny and I were so excited to be back at one of our favorite places. She drove up from Virginia just so we could see each other and hit up the coasters! 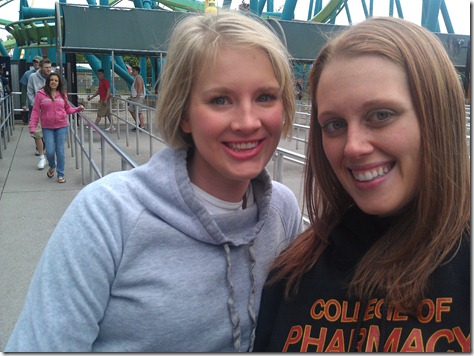 Jenny and I have been good friends since high school. We went to Northwestern Michigan College in Traverse City together (where I completed my pre-pharmacy course work) and then she moved to Holland to attend Hope College and finish up her nursing degree when I went to Ferris. Now she’s a nurse at a hospital in Virginia and I miss her a lot! It was wonderful to spend some time with her – it’s been almost six months since we’ve seen each other.

We definitely picked the perfect day to go to Cedar Point, too. The fact that it’s May (not quite summer yet), the middle of the week, and the public schools are still in session meant that there was hardly anyone at the park (relatively speaking) and some of the rides had literally no lines. 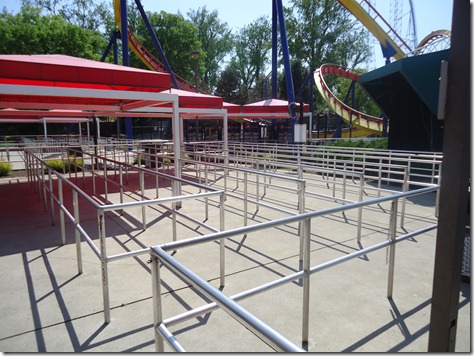 That was definitely a strange and never-before-seen sight! I’ve waited in lines for nearly three hours before to ride some of the roller coasters on previous visits.

My favorite coasters are Maverick and Millennium Force (described above) so I was the most excited to go on those. 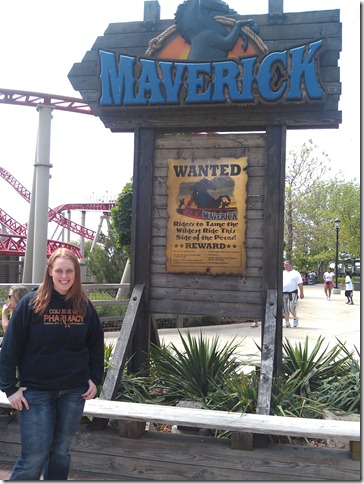 Millennium Force kind of holds a special place in my heart because that’s the ride that I was not able to go on when I was in high school due to my size. I couldn’t get the seat belt buckled, and it was horribly embarrassing when I had to sit there and wait while all of my friends rode it without me. The next time I went a few years later, I had dropped 40 pounds and rode it without a problem and I’ve never looked back since. Today I can buckle myself up with plenty of slack on the belt – it’s a pretty good feeling 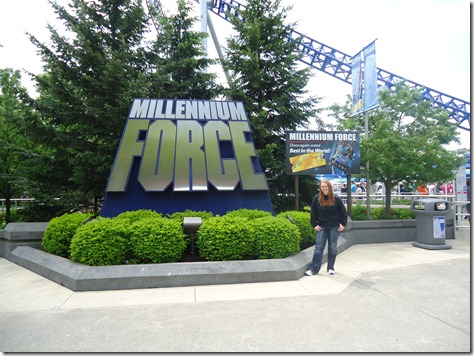 Jenny’s favorite ride is MaXair, which isn’t a roller coaster but more like a relaxing ride through the sky (well, relaxing if you’re not afraid of heights, haha). 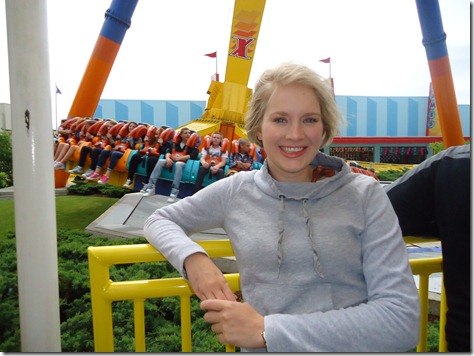 Actually, MaXair is a thrill ride where the riders sit in a ring that spins around and then starts to swing. At the peak of the ride you end up being 140 feet in the air! It’s fun 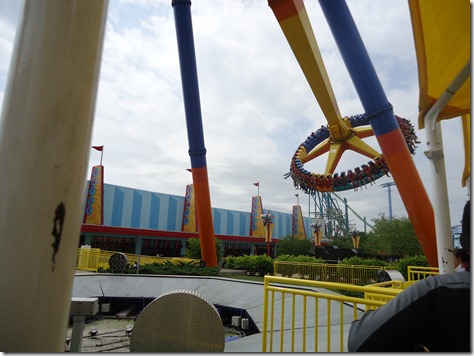 We broke for lunch around 1:00 and walked over to Johnny Rocket’s – our favorite “diner” in the park. 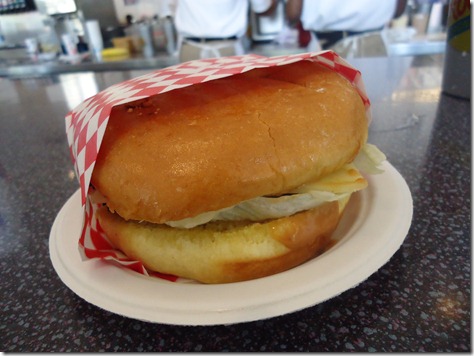 Nothing like burgers and shakes before going on roller coasters 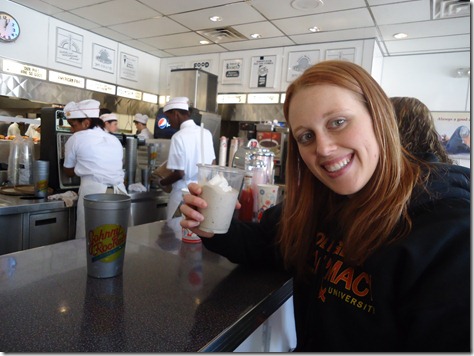 Since we were able to move through the park relatively quickly, we were able to go on all of our favorite rides and still ended up calling it a day pretty early. I had every intention of staying until 8:00 when Cedar Point closes, but we were exhausted by late afternoon. I’m not used to going on some many rides in such a short period of time! In fact, we went on quite a few of the rides twice. For my fellow Cedar Point fans, here’s what we did:

It was a pretty successful day if you ask me! 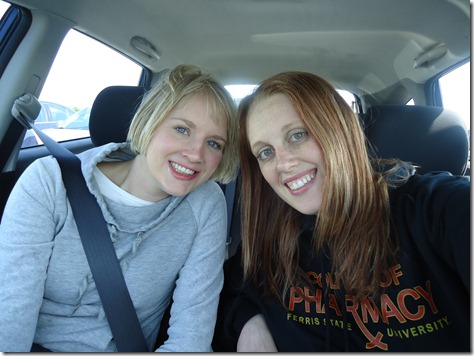 Now we’re relaxing at the hotel for a bit while we wait for our appetites to come back (that junk food lunch has kept us full – and kind of sick – for hours). We’re searching the internet for a good - and preferably healthy - place for dinner and then we’re going to chill for the rest of the night.

Tomorrow I’m leaving bright and early to drive back to Traverse City. It’s about a six hour drive but I’m hoping to get back at a decent time so I can get unpacked, find a gym, and maybe even get some studying done for the boards.

Have a great night and I’ll see ya later!