Last night, Eric had big plans to cook us dinner at home. He had recently seen a chicken recipe on Food Network and was excited to try to recreate it. Everything was going fine until he opened up the oven to check on the chicken and discovered this… 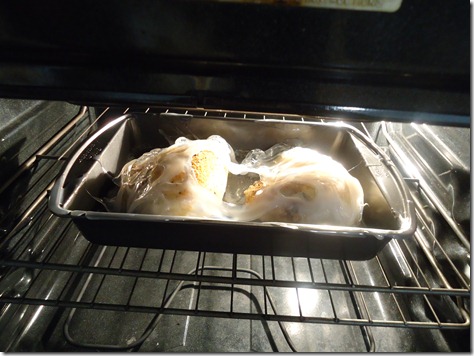 Yes, last night Eric learned that plastic lids to not belong in hot ovens. He’s got some mad skills in the kitchen but apparently still has a thing or two to learn about cookware 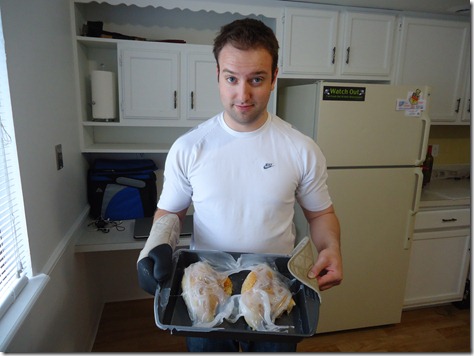 To top it off, before we discovered the chicken a la plastic baking away in the oven, he had accidently broke the container of Italian seasoning (twice) and of course it went flying all over the kitchen floor. 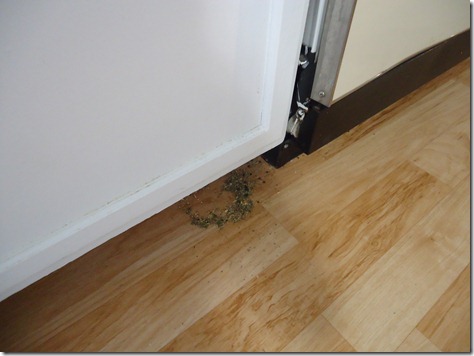 I actually felt really bad for him because he had already made a salad and a special sauce to go with the chicken and he looked so sad when he found out the chicken was ruined. We decided that he’d had enough for one night so I took him to Applebee’s for dinner and he’s going to attempt to cook again tonight 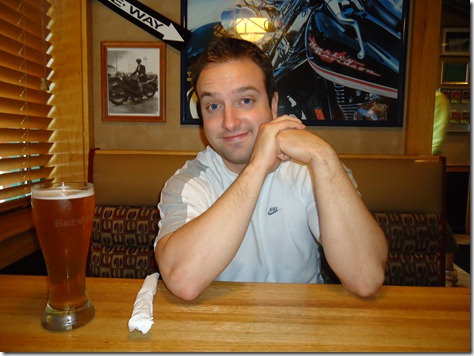 Strawberry mango margarita for me! 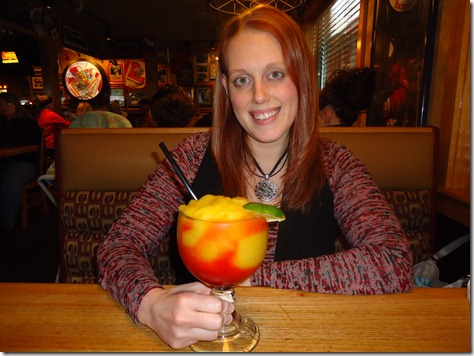 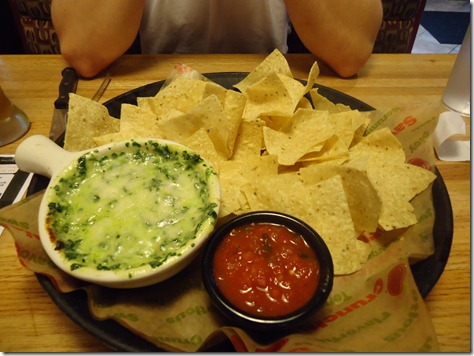 and I ordered the fiesta lime chicken for my main meal. 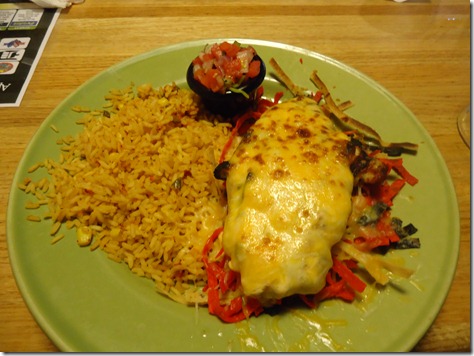 Today we’ve pretty much just been chilling around the apartment. It was a rest day (which I’m thankful for because man am I sore after yesterday’s workout) but I’m looking forward to waking up and getting in a quality workout tomorrow morning.

Enjoy the rest of your night and HAPPY MOTHER’S DAY to all you mom’s out there!!