How’s everyone doing today? I’m well and back in Traverse City, and it’s absolutely gorgeous up here: 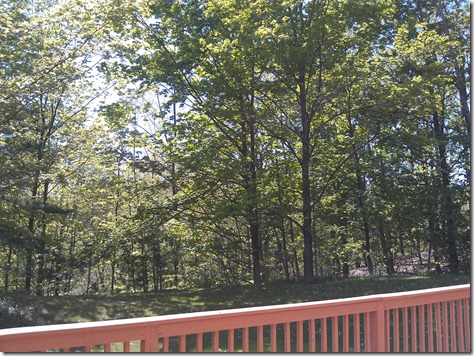 I just got back from Grand Rapids and I’m actually taking the day off work. I was originally supposed to work from 10-6, but I didn’t get back until almost 2:00 today and I have so much to do between now and tomorrow. I was planning on leaving early this morning in order to make it to work on time, but then I ended up having to take a last minute CPR re-certification class at 7 am before I left and after that I had to pack up the rest of my Grand Rapids apartment, so I didn’t get on the road until 11:30. Luckily I’m sort of an extra on the schedule right now so it worked out okay.

Alright, let’s rewind back to yesterday! I had some grad intern training to complete for work that lasted until about 3:30, and then afterwards I had some fun plans in Grand Rapids for the remainder of the evening. I sort of went on a little date with a pretty cool guy, maybe you guys remember seeing him on the blog before? 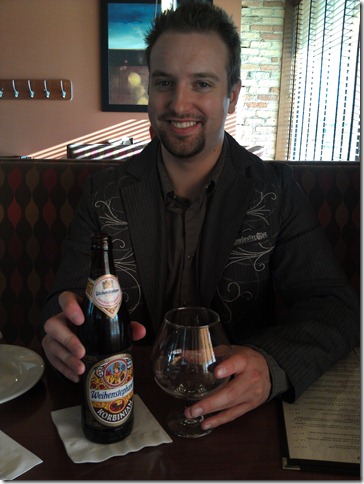 I’ve mentioned him once or twice

After getting TONS of blog comments, emails, and Facebook comments from you all about him, I figured you might be particularly interested in hearing about us spending a little quality time together

Our evening began with dinner at Bistro Bella Vita. I’ve eaten there once before and was very impressed so I was looking forward to giving it another go. When we arrived I promptly ordered a glass of my favorite Late Harvest Riesling, just like last time. 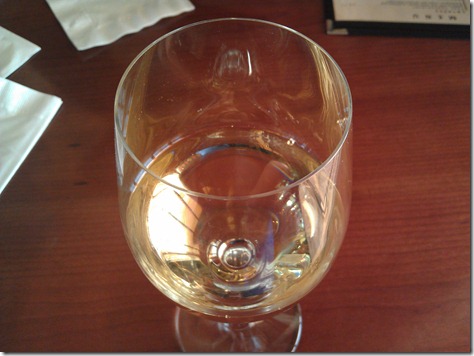 Eric ordered the beer special (can’t remember what it was), but it didn’t look very appealing to me. At some point in time I turned into more of a wine drinker, which is funny because I never used to go near the stuff. I’m not really sure how or when that happened, but beer just makes my belly feel so full and uncomfortable so I don’t drink it very often anymore. 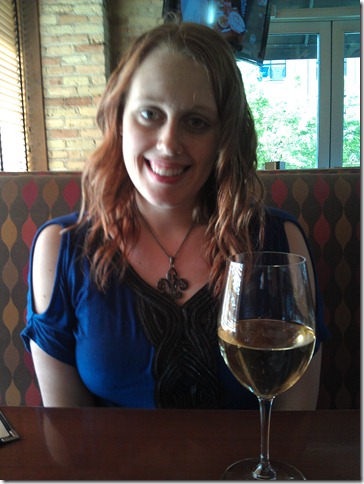 For an appetizer, we ordered a plate of the calamari and it was seriously out of this world. 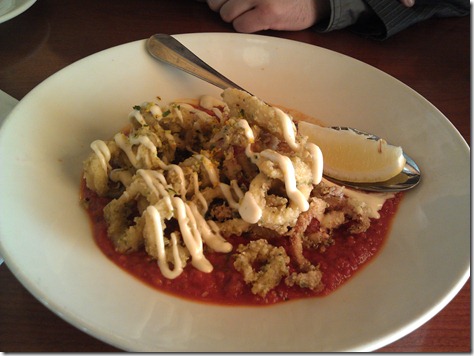 We were also served bread and olive oil, but I passed on it and chose to enjoy my portion of the calamari guilt-free

As much I loved the pizzas the last time I ate here, there were actually quite a few other items on the menu that I wanted to try out. It was a toss-up between a couple of dishes, but eventually I decided on the pork tenderloin. 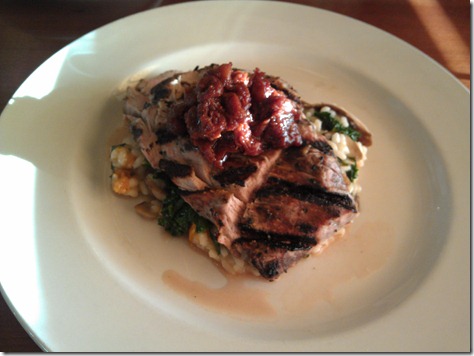 The risotto was what sold me on it. It contained sweet potatoes, mushrooms, and kale and was absolutely delicious. 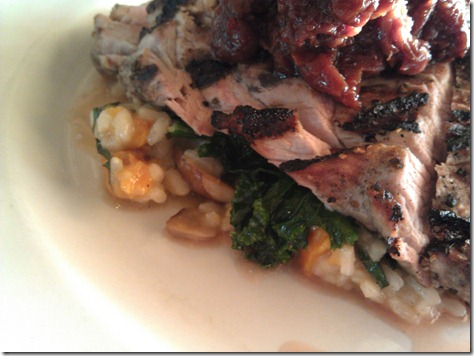 I ate about half of the pork but all of the risotto – it was that good!

After dinner, we decided to walk down to The B.O.B. and grab another drink since it was right down the road. I know I was just there last week, but we love that place! 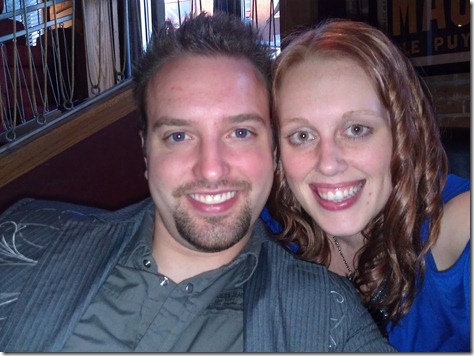 Remember how I wrote about my newfound love for Shuffleboard last time I went there? Well, after I showed it to Eric it didn’t take much convincing before he started up a game! 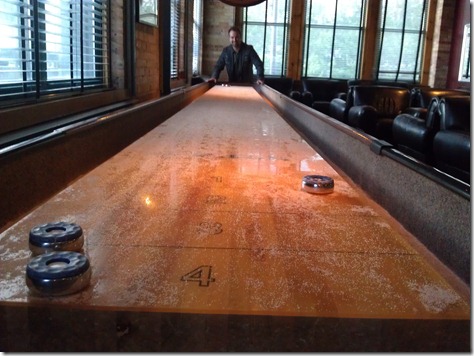 Of course, we had to play a bit differently than last time since there were only two of us (come to think of it, I don’t actually know if the correct number of players is two or four..anyone know?) but it was still fun. Unfortunately he beat me 19-15. Lame.

After our game of Shuffleboard we moved right on down to the pool tables where he was determined to once again kick my butt. I tried, I really tried! 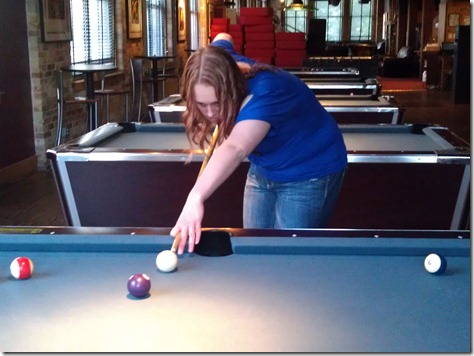 But unfortunately I lost, miserably. He has his own pool table back at his parent’s house in Iron Mountain though so he gets a lot of practice. I think that’s sort of cheating 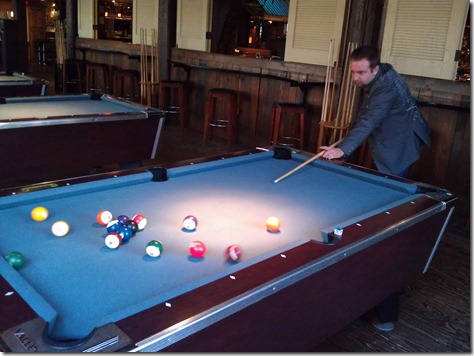 Despite all of my pathetic attempts at beating him in various games, it was still a really fun night. I’m excited that I’ll be seeing him a lot more this summer now that he’ll be living in Lansing. Even it’s still three hours away, it’s a lot closer than Marquette! Perhaps we’ll have another date night in the future

I’m planning on spending the rest of the afternoon sorting through all of my things that I brought home from the apartment in Grand Rapids as well as getting ready for my week-long trip downstate I’m leaving for tomorrow night. I’m also hoping to squeeze a workout in as well. Have a wonderful day everyone!