My First Ride on the Road

I don’t know about you, but I am quite sad that my glorious three day weekend is already over. Why do days off always go by so fast?? Boo.

While I spent the first couple days of my Memorial Day weekend celebrating, indulging, and having fun with friends, yesterday I got back on track and started my day with my first official ride on the road with my new road bike! 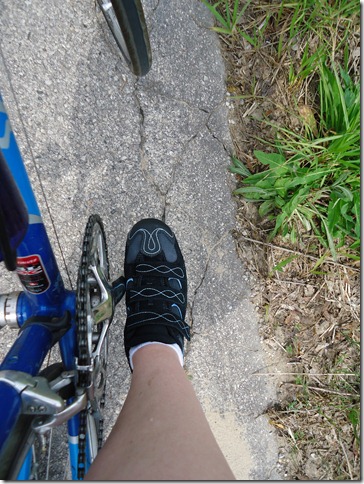 Those right there would be my brand spankin’ new bike shoes – I finally splurged and purchased shoes and clipless pedals that I’ve been wanting for a while. For those who don’t know, clipless pedals are a certain type of pedal where your shoe actually attaches to it. You have to wear special shoes (hence my new bike shoes) and they click into place so that when you are riding, you gain momentum from not only pushing down on the pedal, but pulling up on it as well. Here’s what the pedal looks like: 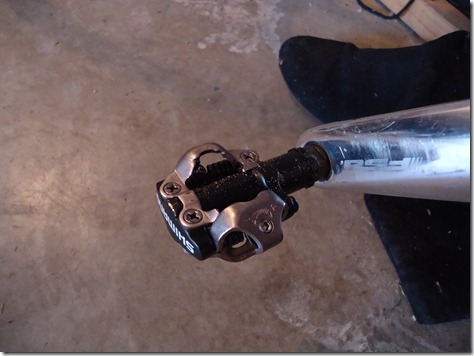 I was a little nervous at first because it’s easy to fall when you forget that you are attached to your bike (to remove your foot from the pedal you just twist your ankle outward). However, once the guy at the bike shop helped me learn how to use them I had no problems at all and didn’t fall once on my ride. I absolutely love them! I felt like I was going so much faster and I no longer have to worry about my feet slipping off the pedals, which was a problem occasionally on my other bike.

Here's a close up of the shoes that I got: 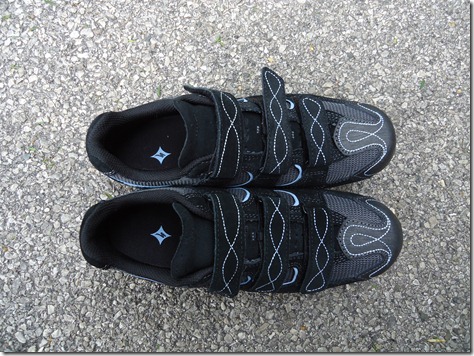 They are the Specialized Women’s Riata Mountain shoe and I really like them. I ended up going with the mountain shoe because it’s more versatile, was a lot more comfortable, and was 20% off

. They guy who was helping told me that it doesn’t really make a difference when you’re riding, and if I ever get really serious about biking I can always buy a pair specifically intended for road biking. 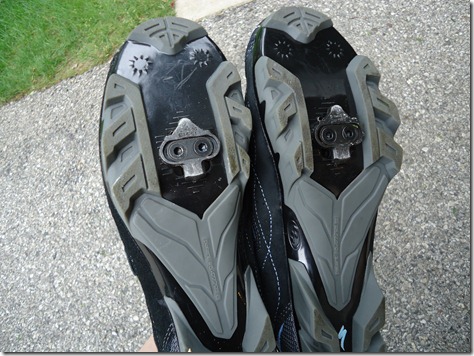 They are kind of awkward to walk in, but great on the bike.

I wasn’t really sure where to go exactly for my first ride, so I called my friend, Jenny, who sold me the bike and asked her opinion. She highly recommended a favorite route of hers that circles Old Mission Peninsula, and before I knew it I was signing up for an account on Map My Ride and plotting my route. 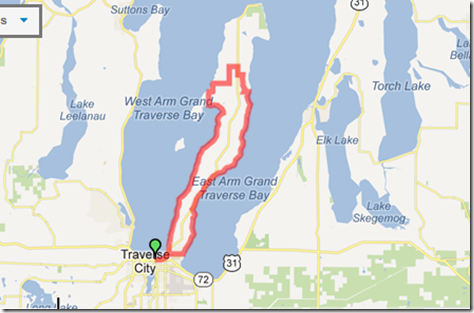 I loved this loop because I got to ride along the bay almost the entire time. I had a lovely view of East Bay on the way up the peninsula and rode along West Bay on the down. 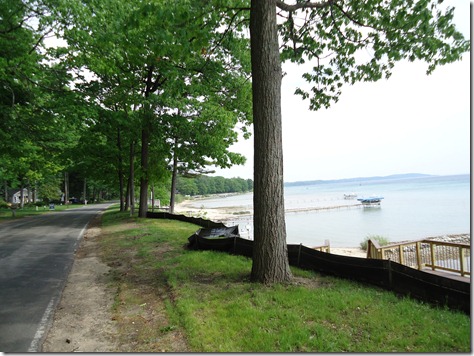 There were so many gorgeous houses along the water. Can you imagine waking up to this view every day?! 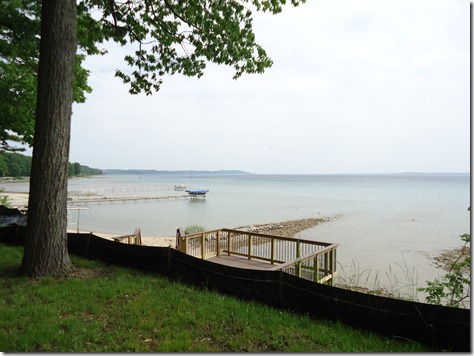 While riding West across the peninsula half way through my ride, I enjoyed some pretty country scenery. 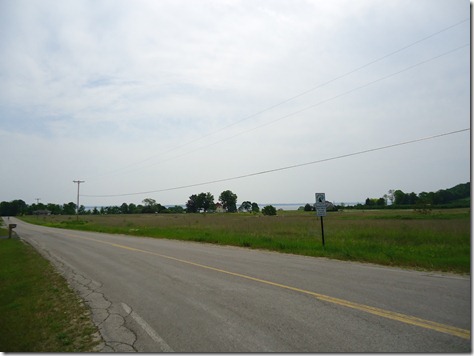 The ride was mostly flat, but there were three fairly decent sized hills. They were hard, but I made it my goal not to walk up any of them and I succeeded! Plus, the views at the top were totally worth it.

There was a south wind when I was heading back down the peninsula and that really slowed me down. According to my bike computer, I rode about 25 miles in a little under two hours. However, Map My Ride says the route is actually closer to 32 miles so I’m not sure which is more accurate. A friend suggested bringing my Garmin on my next ride to see what the true distance is, and I think I’ll do that. Either way, I was still exhausted by the end!

I think the reason I like biking so much is because I feel like it’s a sport that I’m not completely miserable at and it doesn’t feel like torture (as opposed to running) while I’m doing it. There were so many other bikers out yesterday and I really felt like “one of them” as they all waved to me when we passed each other. I actually passed someone myself at one point! 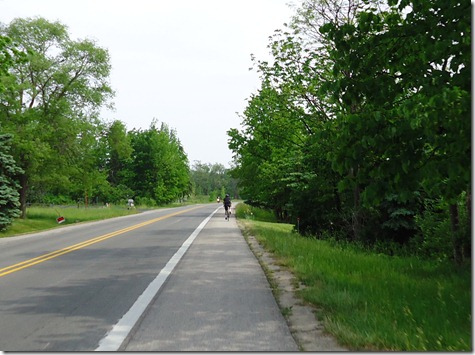 Since the ride took me around two hours, I think it is something I could realistically do before work in the morning if I wanted. I would love to get a ride in at least once a week, and since I’m usually busy or out of town on the weekends, squeezing it in before work is really my only option. I’m determined to make it happen!

Time to go some studying done for my upcoming board exams. They’ll be coming up before I know it!!