My First Road Bike and a Graduation Gift

I think I forgot to mention it, but riding rollercoasters was not the only reason that I met up with Jenny at Cedar Point last week. We also had to see each other so that I could make an exciting purchase – a new (used) road bike! 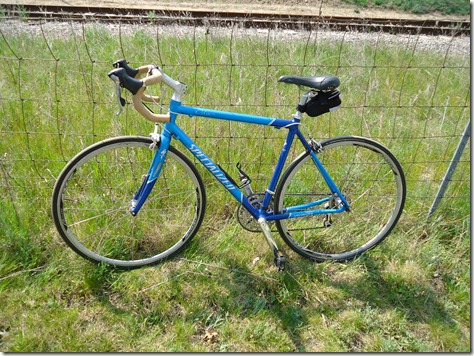 Jenny has been biking for years and while this was a great starter bike for her, she has since moved on to a more expensive bike for more advanced riders. She’s been hanging on to this one for a while and since I’ve been in the market for my own road bike, she offered to sell it to me for a very reasonable price. 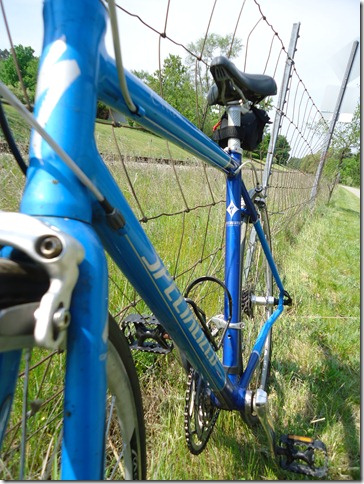 The bike is a Specialized Dolce Elite and I absolutely love it. On Sunday I finally had a chance to take it out for my first ride! 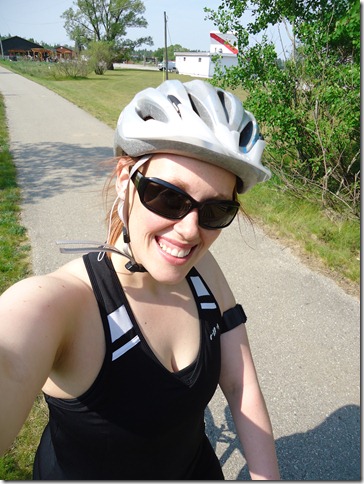 I decided to stay on the TART Trail because I definitely had to get used to the bike change. I didn’t think it would be all that different, but at first I had absolutely no idea what I was doing with the gears. I didn’t realize that the brake handle itself is a gear shifter, and I was getting pretty frustrated while I was trying to figure it out. I finally called Jenny and she explained things to me – it’s been smooth sailing ever since! She’s been road biking for so long that she didn’t even think about the fact that the gears would be different than they are on my hybrid bike. 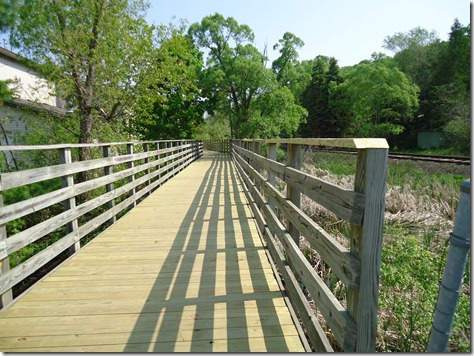 I think what I love the most about my road bike is how much faster it feels. I don’t have a speedometer yet for this bike, but I did my normal 16 mile out and back route on the trail and finished in about an hour – normally it takes me an hour and ten minutes to an hour and fifteen minutes. Even when I was riding against the wind, it still felt like I was flying! It was an absolutely gorgeous day out, too. 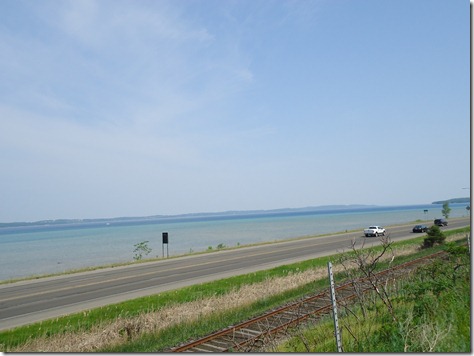 Traverse City is such a great place to bike – you can’t beat the views of the bay! 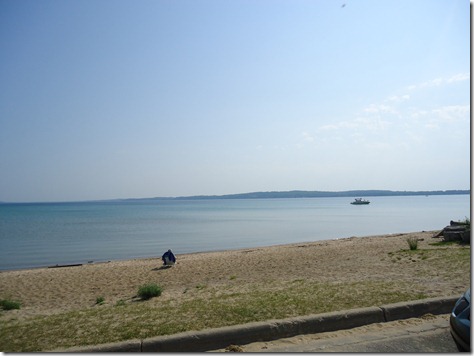 Can’t wait to take the bike out on the peninsula – now that will be a pretty ride! 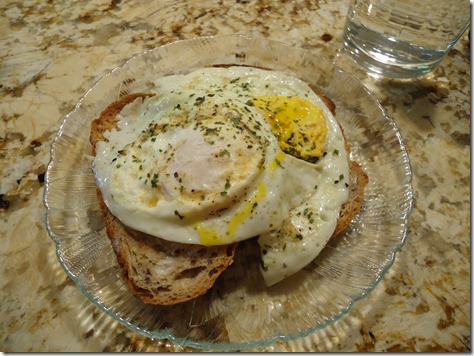 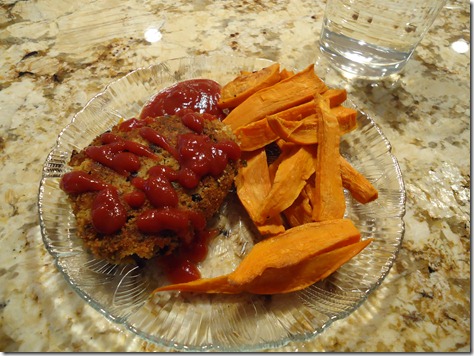 covered in ketchup, of course. 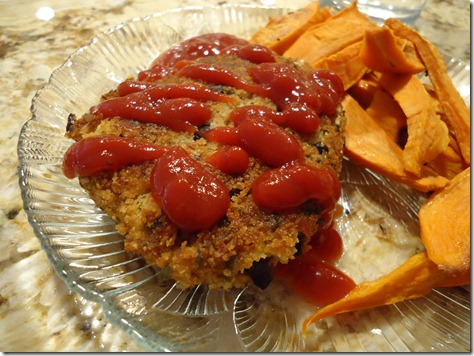 and a mango margarita that was enjoyed at La Senorita with some of the girls last night after a work meeting: I also had some unpictured chicken enchiladas

Today I worked all day and I’ve spent most of the evening trying to clean up my room a bit (still have hardly unpacked since I moved back), doing laundry, and writing some thank you cards for graduation gifts. A lot of my family sent me money (which is very much needed and appreciated!) but one of the gifts I received was pretty special. 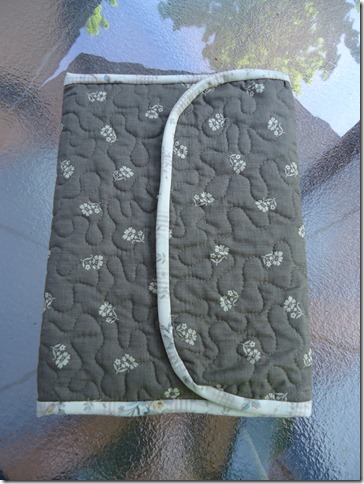 Eric’s mom quilted Aimee and I homemade journals. They are beautiful! 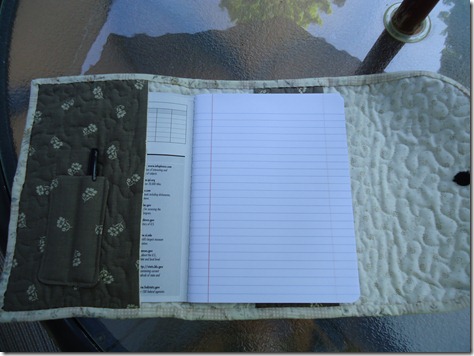 She absolutely loves quilting and she’s so good at it. She actually writes a quilting blog – be sure to check it out if you are a fellow quilter! I thought this was such a neat idea for a graduation gift – it takes the ordinary journal to a whole another level. It’s been a long time since I’ve written in a journal (since I pretty much keep a public journal with this blog) but I think it will be nice having a hand written one with more personal thoughts in it that I can reflect on. 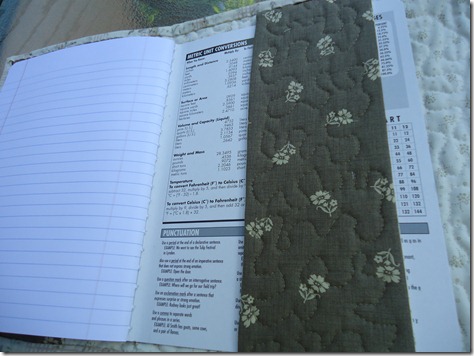 Well, I’ve got to go finish up some laundry and get some studying in before bed. On Friday night I got the official approval from the board of pharmacy to sign up for my board exams, and my first one is less than four weeks away! There are two exams – a pharmacy licensure exam (the big one about disease states and drug therapy) and a pharmacy law exam that is state specific (I’ll obviously be taking the Michigan one). Since these exams are extremely important - my career sort of depends on them - blogging may slow down a bit over the next few weeks. I’ll do my best to keep you guys caught up – but passing the boards is definitely top priority right now!

And on that note, I’m off to hit the books! Have a great night