For whatever reason, I haven’t felt very up to blogging lately. The past couple of weeks I was busy preparing for my board exams, and this week I’ve had so much other stuff going on that it was nice to not worry about getting a post up every day.

Speaking of the boards, I finished them, but I won’t hear if I passed (and am *officially* a pharmacist) until probably late next week or the week after. It stinks playing the waiting game, but hopefully it’s all worth it in the end!

Even though I took my last exam this past Monday, I still got plenty of celebrating in this weekend due to being done with my NAPLEX. On Friday night, Eric took me out to a pub downtown to grab dinner and a beer or three. 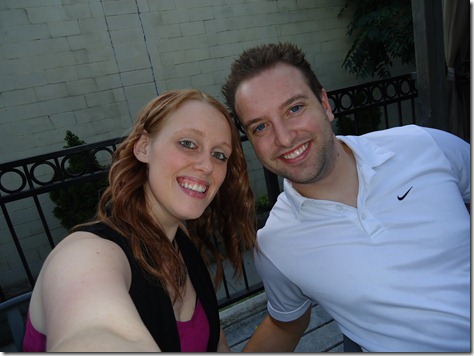 We enjoyed some crab rangoons as an appetizer 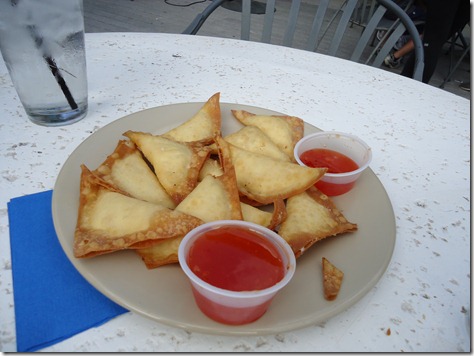 and we each ordered a pizza for our main meal. 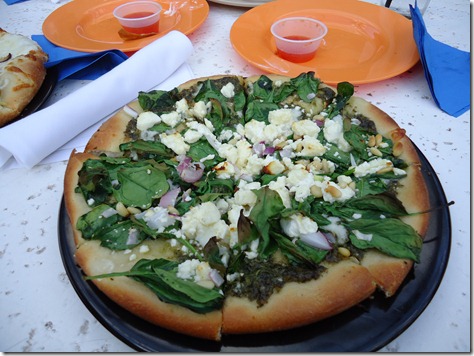 (with feta, onion, and pesto sauce)

and Eric branched out and ordered the artichoke pizza! 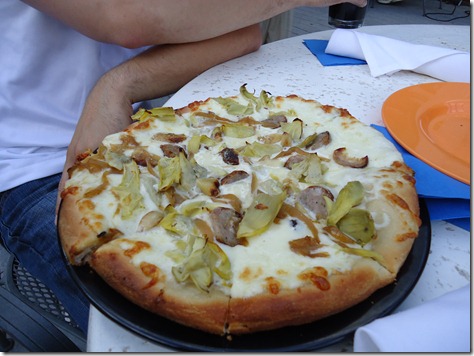 He said it was alright, but he didn’t really like the artichokes (figures). I have to give him credit for trying something new though! Plus, it worked out because I like artichokes, so I just ate them for him

On Saturday we went out again for dinner and drinks with some of our friends, and on Monday Eric took me out one last time after I finished my MPJE. Lots of celebrating already, and I’m not even licensed yet! There better be a huge party if I pass my boards…just sayin’.

Speaking of partying, I’ll definitely be getting in my share of that this weekend! Tomorrow morning I’ll be leaving to go to Kalamazoo for Melissa’s dress fitting, and Saturday is her bridal shower AND her bachelorette party. As the maid of honor, I’ve been frantically getting together some last minute things for both of the parties this week. I’m really excited – I think she is going to have a great time! Then on Sunday I have my friend Pam's baby shower in Battle Creek. Not only do I have a lot of parties this weekend, but I’ll be doing a LOT of driving. Traverse City to Kalamazoo to Grand Rapids to Battle Creek and back to Traverse City. Gah, I don’t even want to think about the gas money.

Have a good night everyone – I’m hoping to get a post up this weekend sometime as well!