Double Date Night and Jet Skiing on the Bay

Good morning! I’m back to recap the rest of my fun weekend (you may read the first part here). Let’s get to it!

After finishing up lunch at Soul Hole, Eric and I decided to catch a movie since it looked like it was going to storm. It was his turn to pick the show, so of course we ended up at this one…

I’m not normally a fan of super hero movies, but I LOVED this movie! For someone who doesn’t know the back story to Spider-Man, this was a great way to get you caught up. Now I want to go see all the other movies! I’ve officially added them to my movie list

After the movie we came home and chilled at the house for a little while until it was time to get ready for a little double date with a couple of our friends, Brad and Elena. They’re friends from school and Kappa Psi and since Elena lives in Traverse City and Brad’s family owns a condo here, we get to see them quite a bit in the summer.

We all met for dinner at Harrington's before driving downtown to hit up the Beer Tent at the Cherry Festival and watch the fireworks. 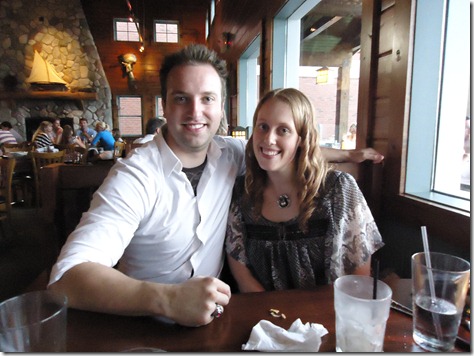 Brad thinks it’s hilarious to take pictures before you’re ready, so in addition to this one, we also got this gem. 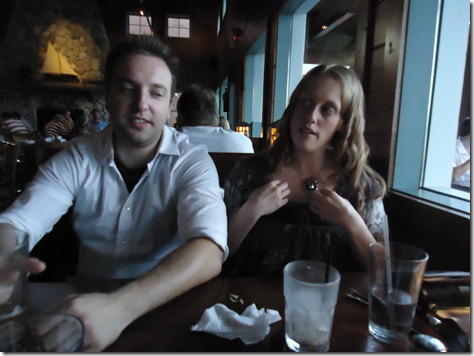 I didn’t take any pictures once we got downtown, but I did snap this one of the boys when we were walking down to the beach to set up our spot for the fireworks. They were dressed alike (not planned), walking perfectly in step, and were each carrying a beach towel under their right arm. Elena and I were cracking up walking behind them. 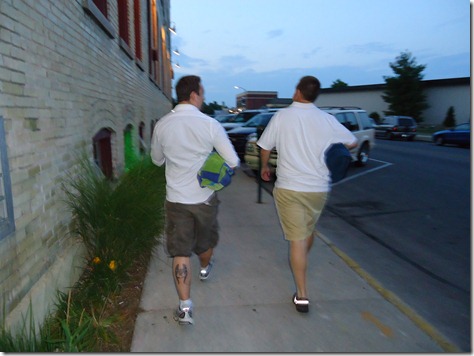 There’s a couple of great boyfriends right there

On Sunday morning we slept in and went to church before grabbing some lunch at Bubba's, which has become a tradition whenever Eric comes to visit. 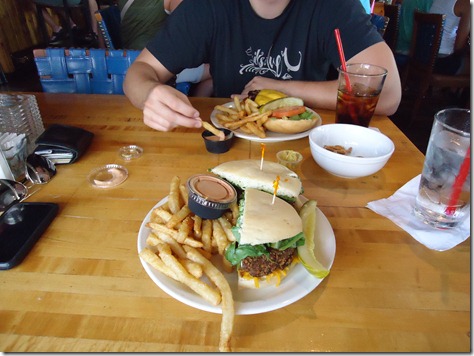 (veggie burger for me, Bubba burger with bacon for him)

This lunch fueled us up for an afternoon of jet skiing! 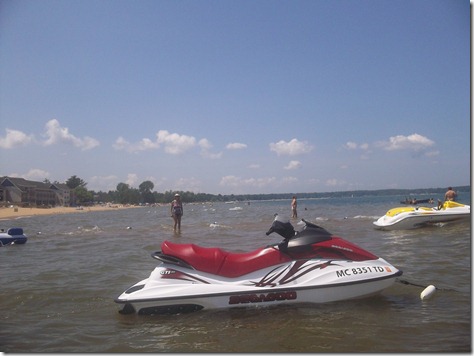 We both love jet skiing (but have only been once a few summers ago) and have been wanting to take one out on the bay all summer, and Sunday was finally the day! We rented one from Break 'n Waves Watersports Rentals, which is located right along East Bay behind the Parkshore Resort. 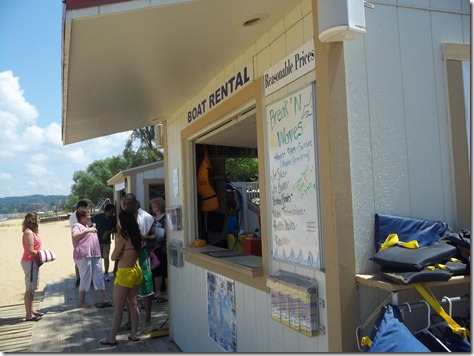 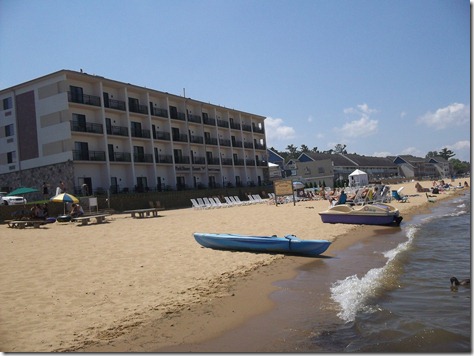 They do a number of different rentals, including boats, jet skis, water trampolines, paddle boats, and kayaks and they were pretty reasonably priced. I also liked Break ‘n Waves because they do not require you to have a boaters safety license for daily rentals, unlike the other rental places in the area. They just have a certificate that outlines the major boating laws that you have to sign and carry with you on the jet ski, which serves as kind of a temporary license for the day.

It was an absolutely gorgeous day to be out on the water! 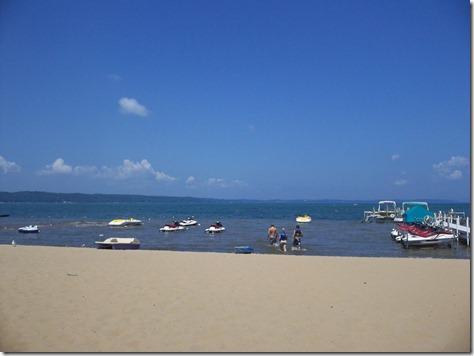 After signing all of the necessary paperwork and picking out our life jackets, it was time to hit the water! 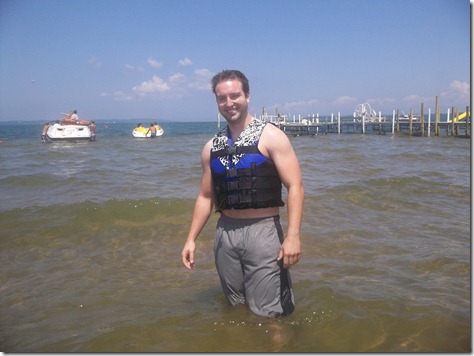 The water was actually pretty choppy and I’ll be the first to admit that it was kind of scary when we first started out. However, once we’d been out for about ten minutes or so we got used to it and started playing around with the speeds and waves a lot more. It was so much fun! 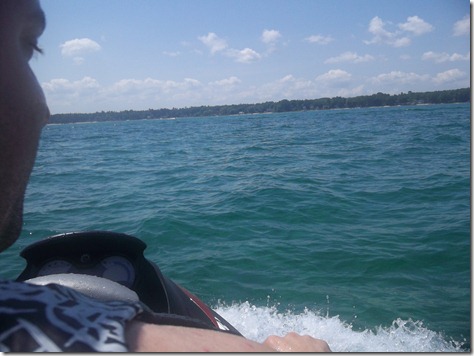 I took a risk by bringing my camera out on the jet ski with us, but it was my waterproof one and it was strapped to my wrist pretty tightly. I only had it out for part of the time, and when I was driving I put it away in the little compartment on the jet ski. I was hesitant at first because I was afraid I’d lose it, but I’m so glad I brought it. Not only did we get some cool pictures… 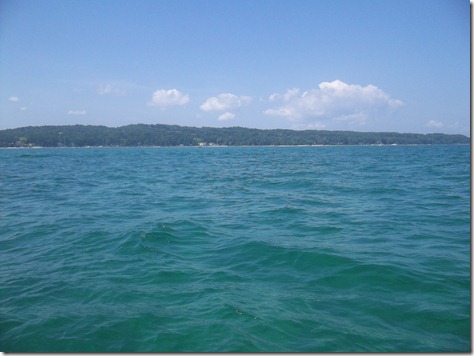 But I also managed to take a little video of us cruising around. Some of you may have seen this already on the Facebook page, but I thought I’d share it again in case anyone else wanted to check it out. 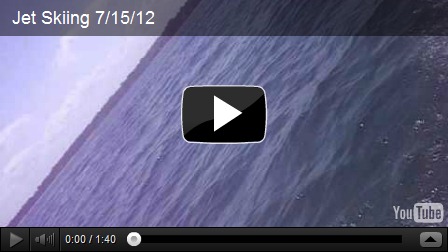 We had the the jet ski for an hour before we had to return it, and that was the perfect amount of time for us. We had such a blast and definitely felt like we got our money worth. 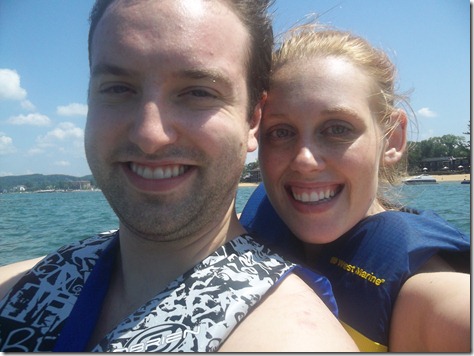 After returning the jet ski we went swimming for a few minutes before heading back to my place so Eric could shower and get on the road for Lansing. It was such a fantastic weekend and I’m so glad I was able to enjoy it with him

The last thing I’d really like to do before the summer is over is go zip lining up at Boyne Mountain. We have no definite plans yet, but hopefully when we get our work schedules figured out we can make some!