Getting Reacquainted With the Treadmill

As you can imagine, these past few days have been full of working and getting ready for my upcoming move on Saturday. Over the weekend, my friend Curtis went shopping for a few apartment essentials that I was currently lacking, like bedding and kitchen supplies. 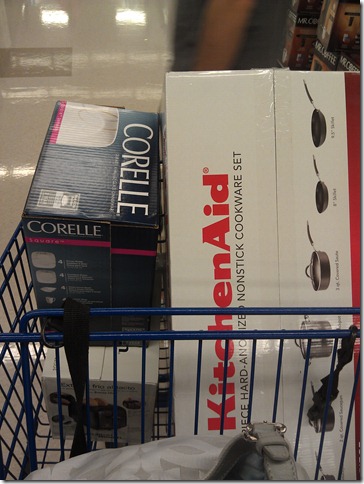 (That KitchenAid Cookware Set was on clearance! Score!)

I knew that moving was going to be expensive because I’m basically starting from the ground up, but I had no idea it was going to be this expensive. Security deposits, rent, and furniture is one thing, but all the other little things like dinnerware, appliances, pots and pans, bathroom stuff (shower curtain, etc.), and bedding adds up FAST! I have spent more money than I can afford already and I still don’t have everything I need. Every day I think of something else that slipped my mind that I haven’t gotten yet, like a trash can for the kitchen, a toothbrush holder (seriously, where else am I supposed to put it?!), and paper towels. The good thing about all this though is that the next time I move, it should be much easier because I’ll already have all of this stuff. Thank goodness!

On Saturday night after we were done with our shopping, Eric arrived for a short and sweet visit. He made a quick dinner for us (yes, he visits me and then does the cooking – what a guy!) 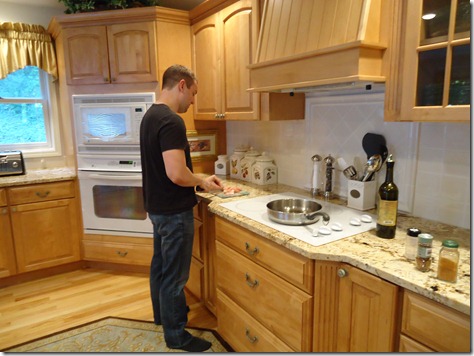 which we enjoyed al fresco. 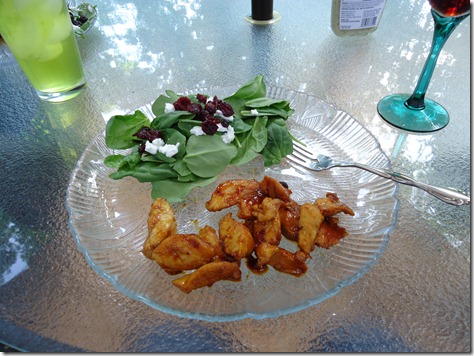 His cooking skills never cease to amaze me. He has no formal training of any kind, yet he has the ability to just throw a bunch of stuff in a pan and have it turn out delicious. When he asked what my mom had in her cupboards for sauces, I said “um, we have some Worcestershire sauce, apple cider vinegar, and molasses…” Much to my surprise, he replied, “Oh, molasses? I’ve never cooked with that before. Let me have it.” He added it to the chicken he was pan frying along with some garlic, seasoned salt, paprika, and crushed red pepper flakes and it was awesome.

After dinner we went to see Batman (wasn’t a huge fan) and then came back for wine and dessert that he brought up with him. 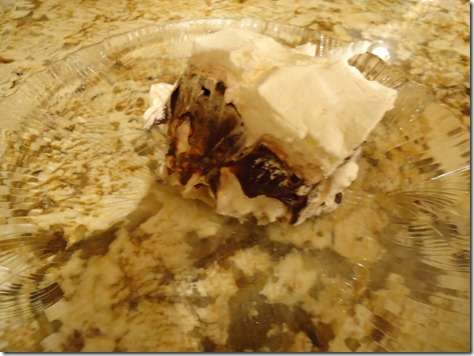 It’s not a good picture, but it’s called Four Layer Delight and it’s pretty much amazing. The bottom layer is a crispy pecan crust, followed by a cream cheese layer, then chocolate pudding, and whipped cream on top. I’m not sure exactly what recipe he used, but I’m sure I can find out if anyone is interested

In other news, this morning I got reacquainted with an old friend. 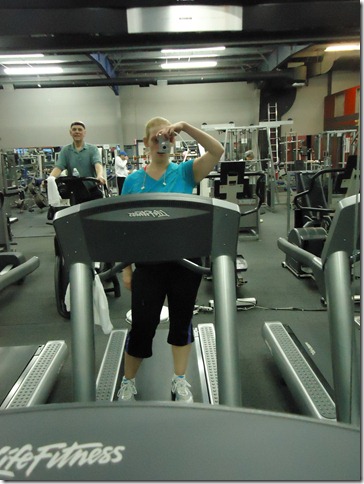 I haven’t been running too much lately, but when my plans to go biking this morning were scratched by the rain I decided to hit the gym and try my hand at a new treadmill workout. It’s a beginner’s interval-style workout and may be too easy for a lot of you (just adjust the speeds to meet your needs), but it was very challenging for me and I was huffin’ and puffin’ by the end. 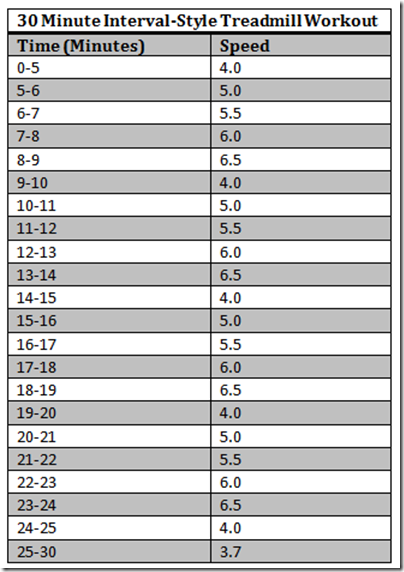 I did the five minute warm-up walk at a 5.0 incline, which really amped up the intensity. I was going to use an incline during the cool down as well, but I was too pooped

Before my workout, I fueled up with some breakfast: 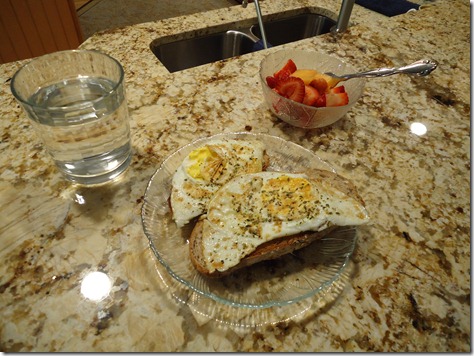 Nothing you haven’t seen before. Eggs + toast: 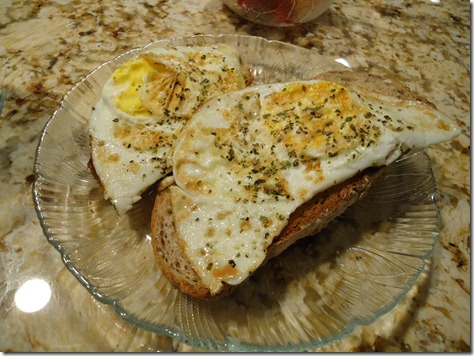 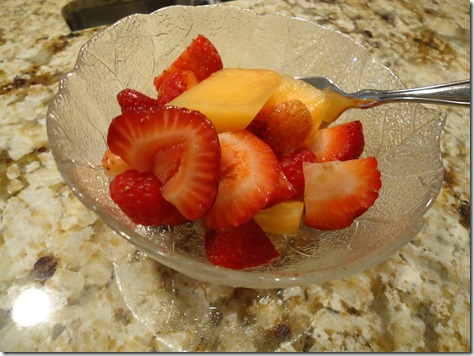 Off to work! Have a great day and I’ll catch ya later