Hello! I’m pumped today because I have the day off! It is so nice to have a day off in the middle of the week for once. I have my first weekend as a pharmacist coming up this weekend so I get a day off during the week instead. I actually am kind of looking forward to working the weekend – I only have to work one per month so it’s really not bad! I feel like I’m finally getting into the swing of this whole pharmacist thing. I can’t say enough how nice it is to be done with school and studying and just go to work every day like a normal person!

So with all the wedding posts lately, I haven’t had a chance to talk about my big news! If you like my Facebook page, then you’ve already seen that I decided to get a roommate. 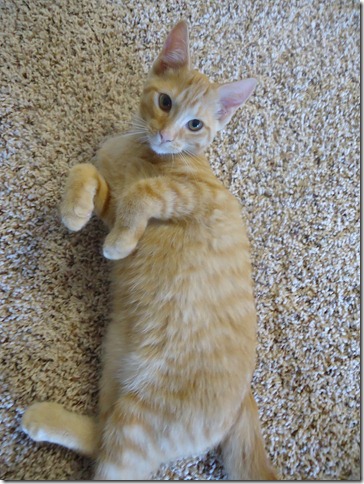 Everyone, meet Mikey! He’s a four month old domestic short hair and I adopted him on Sunday. The decision to get a cat was one that I’ve been thinking about for a while, and I made the final one on Sunday as Eric was getting ready to leave town and head back to Lansing. I always get sad when he leaves because I get used to having him around, and then I’m left by myself again for a week or two until I see him next. It does get lonely around here and I wanted someone around to keep me company.

I’ve always said I wanted a male, orange tabby cat since they are so cute and sweet and when I arrived at Petsmart on Sunday, low and behold Mikey was right there waiting for me. I knew immediately that I wanted him and got right to work filling out the adoption paperwork. 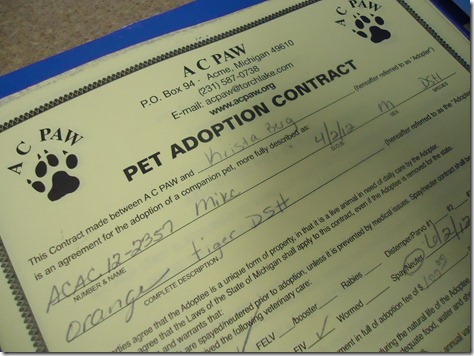 It’s been an adjustment having him around, but he’s just about the cutest kitty I’ve ever seen in my life and I love having a little side kick. 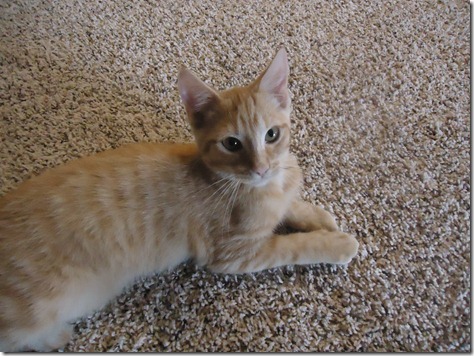 He’s still kind of spooked and mostly sleeps under the bed when I’m gone, but he’s getting a lot more comfortable around the apartment now and comes out to play when I’m home. 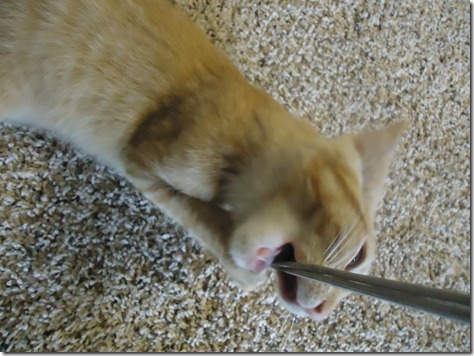 Every time I walk in the door, I just start calling out his name and it isn’t long before he pops out from under the bed to say hello. I have a feeling you’ll be seeing lots of random Mikey pictures in the future, so get psyched

In other news, I’ve been sticking to my plan of prepping a meal on Sunday or Monday to eat for dinner all week. This week’s meal was stuffed chicken that I made by following The Fitnessista's recipe. I had leftover ribs for dinner from my parents on Monday, so I actually ended up just prepping the chicken on Monday night so it was ready to pop in the over when I got home from work on Tuesday. When I walked in the door, this was waiting for me in the fridge: 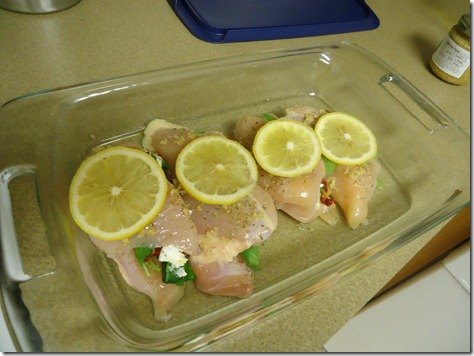 And after 30 minutes in the oven, it was ready to eat! 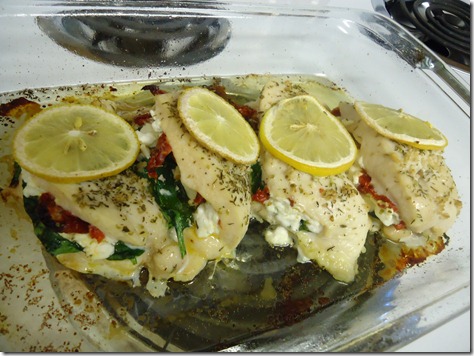 My mom also left me a bunch of wild rice salad that I’ve been pairing with the chicken as a side dish, although on Tuesday it was more of an appetizer while I waited for the chicken to cook. 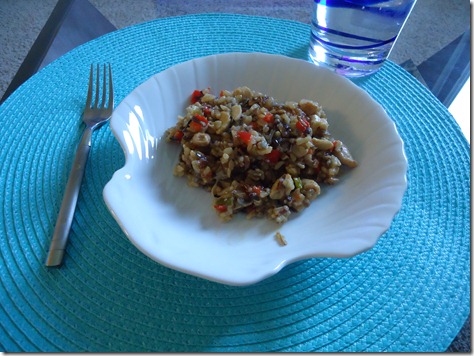 I need to get this recipe from her because it was delicious! Wild rice, chopped bell pepper, cashews, and some kind of sauce. Yum. 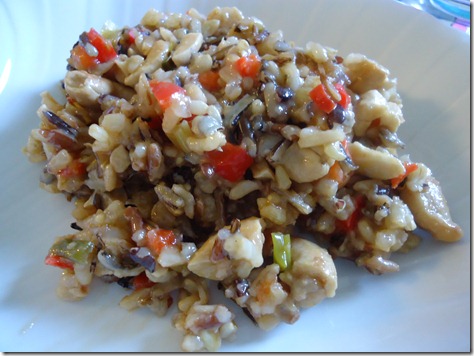 And here’s the main course: the chicken! 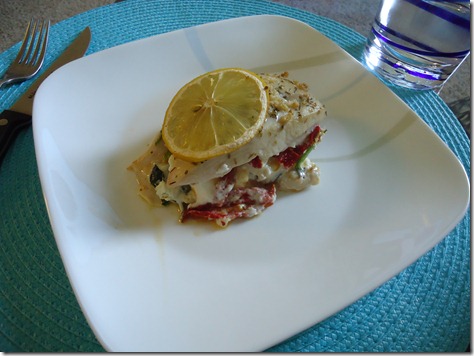 It looks pretty, but unfortunately this was not my favorite. I’m not sure that I’ll make it again. 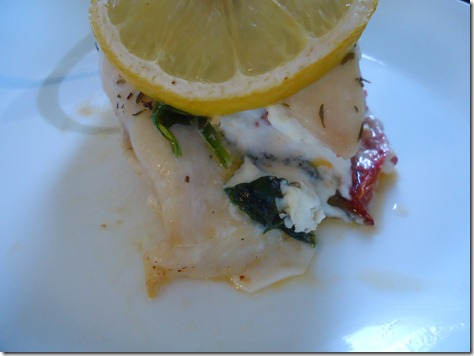 (For those who were wondering, it’s stuffed with fresh spinach, sundried tomatoes and goat cheese and is seasoned with sea salt, oregano, and thyme.)

Breakfasts around here have been quick and easy. Think eggs, cereal, toast, fruit, yogurt. This morning’s meal was a perfect example. 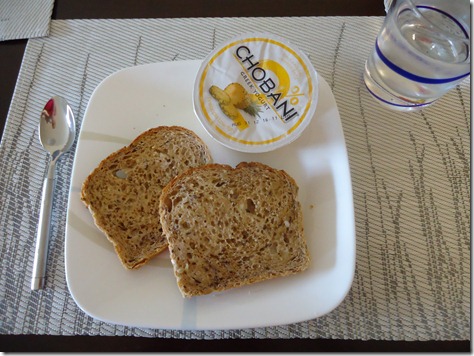 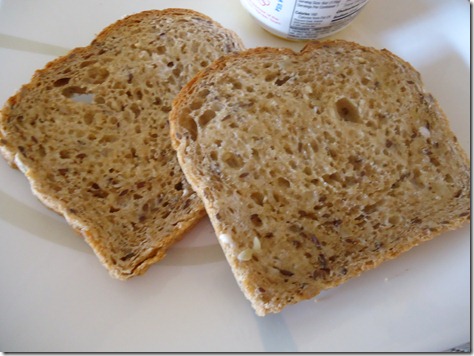 Alright, time to really get going with the rest of my day – starting with a trip to the gym! Catch ya’ll later!