Melissa’s Wedding: The Ceremony and Reception

I’m back with the final post in the “Melissa’s Wedding” series – the ceremony and reception!!

As I mentioned yesterday, the ceremony took place on the beach along West Bay and was absolutely gorgeous. Having a beach wedding meant a lot to both Nick and Melissa because Melissa grew up in Traverse City and Nick grew up on Gun Lake. 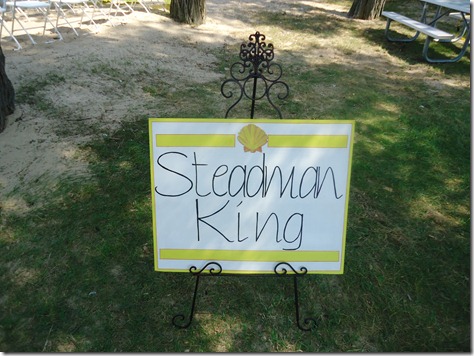 While us girls were getting our hair and make-up done on Saturday morning, the boys were busy setting up the beach for the beautiful ceremony. It was a small wedding with only 80 or so guests in attendance, so they were able to comfortably seat everyone in the shade. 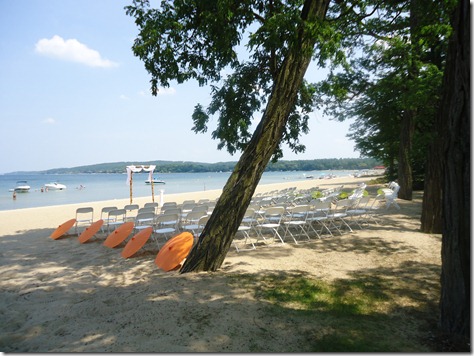 Melissa is extremely crafty and made almost all of the decorations for both the ceremony and the reception all by herself. One of my favorite things were these chalkboard signs that were hung and displayed around the trees at the ceremony site. 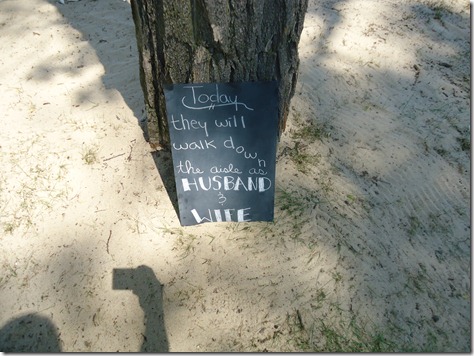 It was a really fun way to personalize the decorations. 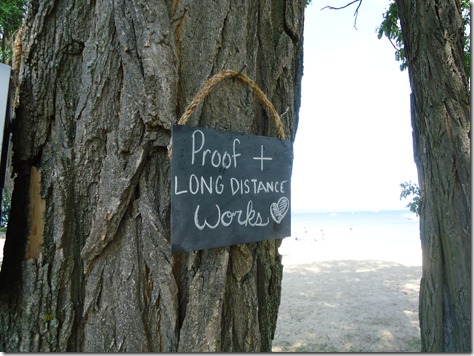 The ceremony itself began at 5:00 pm. While I was honored to be a part of the wedding, I must say that I missed being able to take pictures of the big event due to the fact that I was standing at the front the entire time. Luckily there were plenty to steal from friends and family 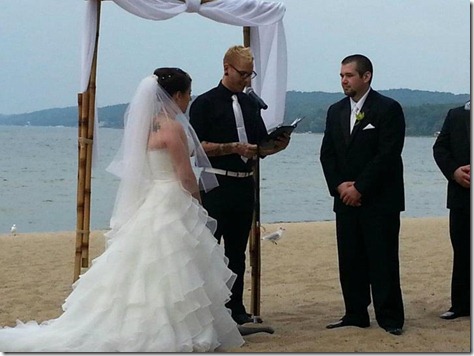 Melissa’s brother, J., who is an actor and an agent living in Los Angeles, got ordained just for this event so he could marry his sister. It meant a lot to her for him to be able to do that and I know their parents were so proud watching both of them up there. After the vows, unity sand, and exchanging of the rings

they had the big kiss…

and then J officially pronounced them husband and wife! 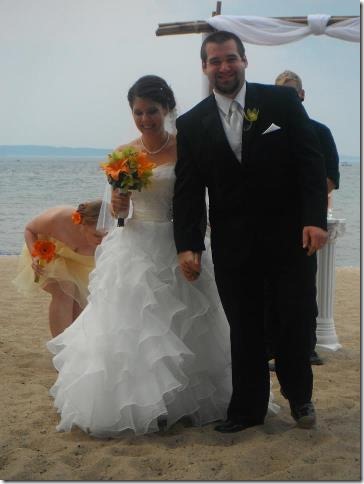 (See me behind Melissa adjusting her train as she walked away? I took my MOH duties very seriously

When there ceremony was over we spent about an hour taking photos, and then it was time to head over to the Park Place hotel for my favorite part of weddings: the reception!

After we were seated Melissa and I chit chatted about the big day and sipped on champagne punch. 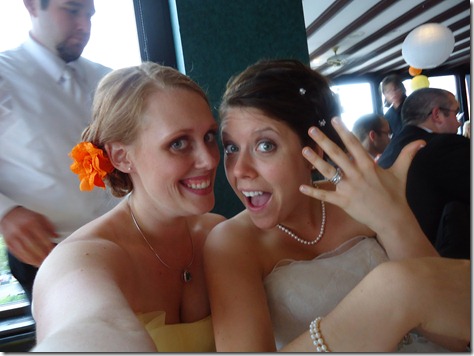 (and I look like a total creeper in that picture…)

Here’s all of us girls at the head table!

We were all starving and luckily dinner was served was quickly. We had salad and rolls 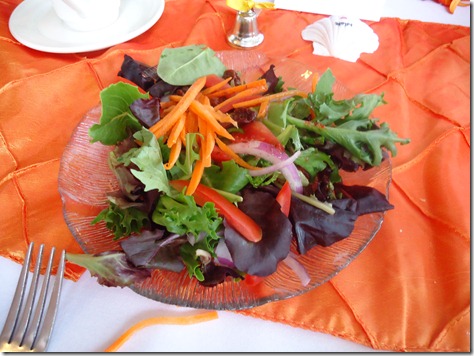 and stuffed chicken for the main course. 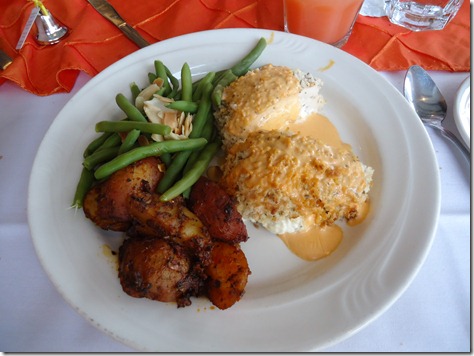 The chicken was very good! I ate most of it, but didn’t touch the potatoes or green beans because I started to get nervous as the time for my big MOH speech got closer and closer. After everyone had a plate of food in front of them, Nick and I decided it was time! 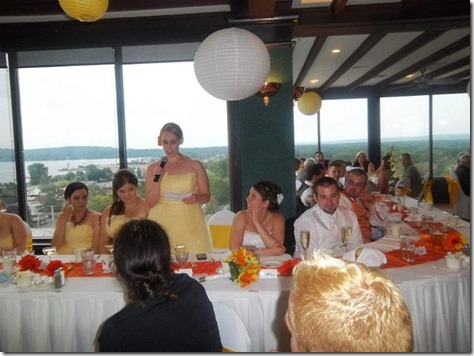 It went really well and everyone seemed to like it, especially Melissa. I broke the ice by joking about her huge expectations from me for a good speech, then reminisced about some of our fun times in high school before getting serious and talking about how quickly Nick passed the “best friend test” and how happy I was that she found him.

After the speech I finally got to go see my family for the first time all day and more importantly, spend some quality time with my handsome date! 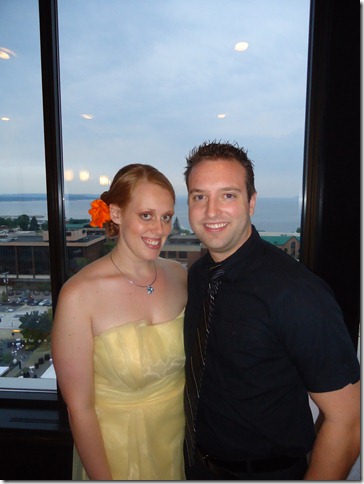 Eric was so helpful all weekend and he turned into the bridesmaids’ personal bartender at the reception when we couldn’t leave the table to get drinks ourselves. I was so happy to finally get to hang out with him! 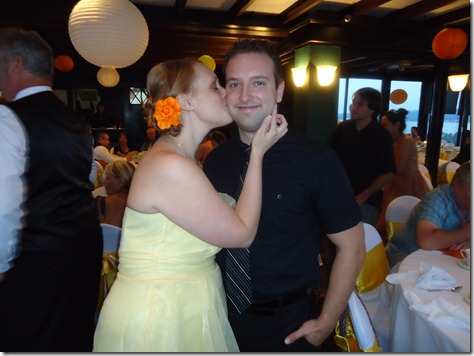 It was also fun to see my sister and her boyfriend, Miles, who drove up from Grosse Point, MI for the event. 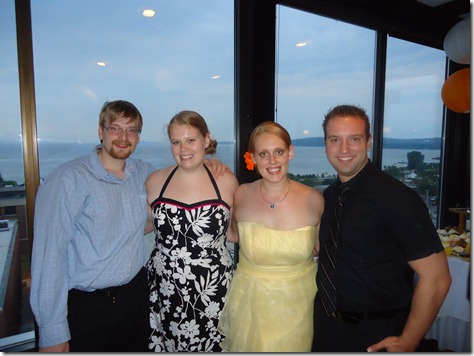 She had the brilliant idea to take a “funny” photo, which turns out beautifully, if I do say so myself. 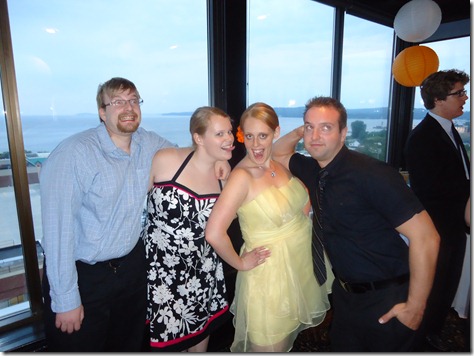 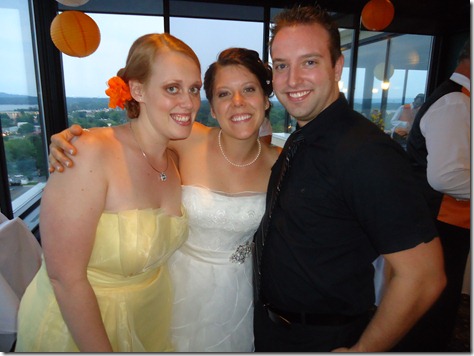 We had a blast catching up with old friends from high school, including Curtis (who I’ve actually hung out with a couple of times this summer) and Julianne, who made the drive up from Ann Arbor. 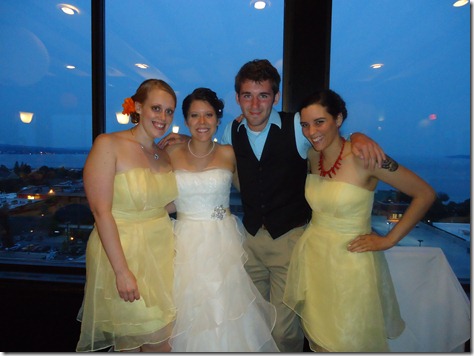 The rest of the evening included cupcakes… 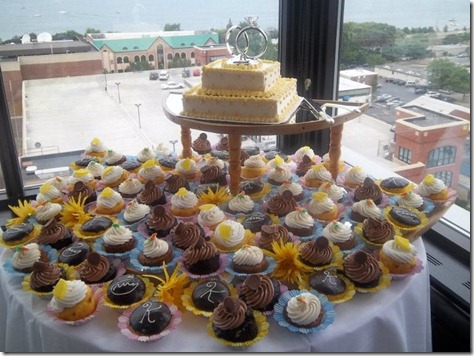 Melissa and her dad chose “I’ll Be There” by Jackson 5 for their father daughter dance, and it was perfect.

After the traditional dances, the rest of us got out there and busted a move. It was a great time!

I was so honored to be a part of Melissa’s special day. She was such a beautiful, calm, confident bride and I can only hope to be just like her on my wedding day. Congratulations, Melissa and Nick! I wish you many, many years of happiness!