Melissa’s Wedding: Rehearsal Dinner + Getting Ready for the Big Day

Good morning! Wow, so much has happened since I last posted! It’s been such a crazy four days that I am just now getting a chance to get a wedding post up. Melissa’s wedding was beautiful – everything went perfectly and we couldn’t have asked for a better day! Melissa looked absolutely gorgeous and was probably the most relaxed bride I’ve ever seen, and ever will see, in my life. 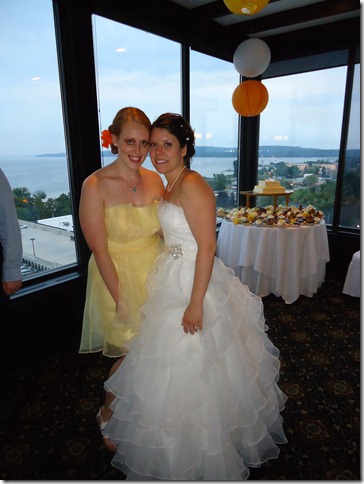 There’s so much to recap that I’m going to break it up into two or three posts. In this first one I’m going to share a couple of pictures from the rehearsal dinner as well as some of the behind the scenes wedding prep work from the big day!

The rehearsal was down at the beach and I didn’t snap too many pictures but I did get a good one of us bridesmaids. 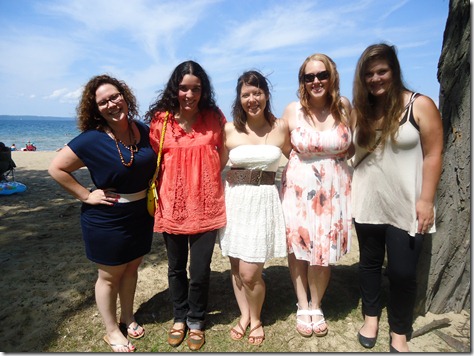 The rehearsal dinner was at Little Bohemia, which is a grille and pub in down town Traverse City. 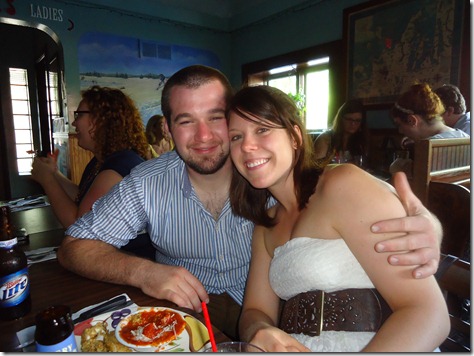 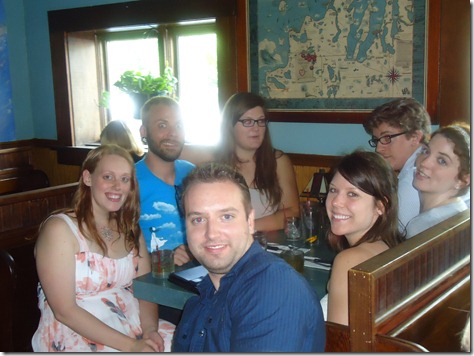 We had a large group of about thirty of us and we took up the entire back room. Unfortunately, the restaurant was a little understaffed and our waitress seemed incredibly stressed over our large group, but she did the best she could.

Eric and I split the calamari appetizer and I ordered a chicken pasta dish for my main meal while he ordered a burger. The food was okay, but I’ll be honest, I probably wouldn’t go back there again. However, the great company more than made up for it. It was so much fun to hang out with Melissa and all of her close friends and family, and I was especially excited that Eric’s boss gave him the day off work and he was able to make it up. 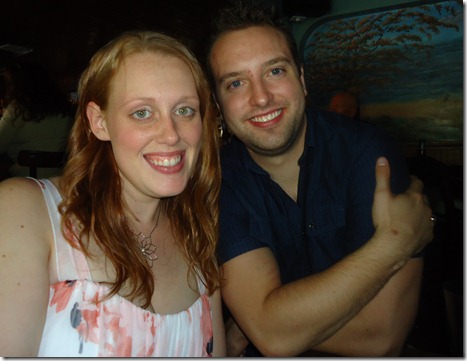 After dinner we all went our separate ways and the girls joined me at my apartment for a fun, relaxing evening. We ate lots of cookies, learned how to do the bustles on Melissa’s dress, and watched Sex and the City. Perfect girls night!

On Saturday morning we were up bright and early to head to the Park Place Hotel and start setting up for the reception. 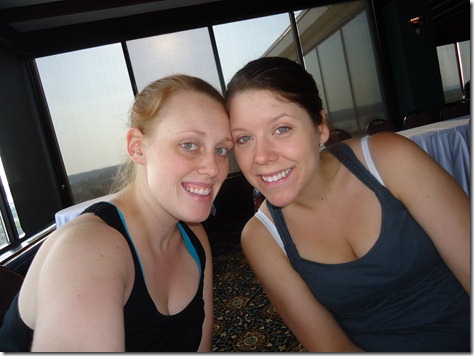 We only stayed long enough to get things going and direct the rest of our helpers because Melissa, her cousin Gina, her mom and I had 10:30 appointments to get our hair and make-up done!

All of our stylists were amazing. I LOVED what mine came up with for my hair. I told her I wanted a loose bun/up do that was off to the side, and I also had an orange flower that I wanted incorporated into the look. The end result was incredible!

The flower was a little big, so she trimmed off some of the petals and incorporated them into the bun! So cool.

Of course, nothing topped the bride’s ‘do 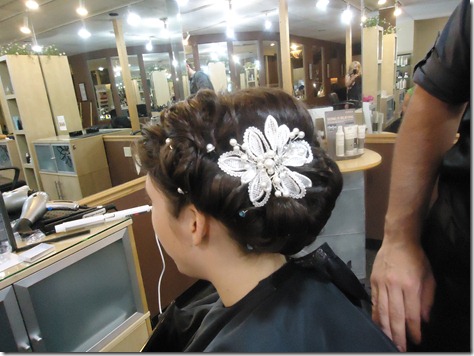 After hair it was time for make-up! I’m not gonna lie – I sort of felt like a celebrity that day. 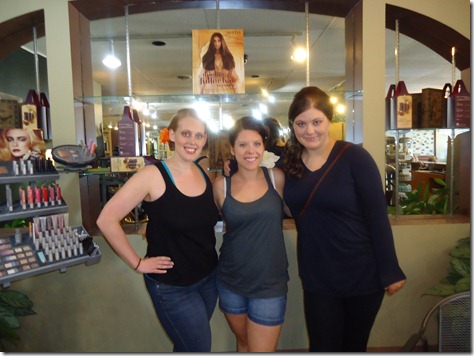 My mom was kind enough to bring us some wraps and sandwiches from Oryana while were getting dolled up. I didn’t snap a picture, but it was tasty

Soon it was time to head over to the Senior Center, which is located along the beach where the ceremony took place. By the time we arrived, the boys had already finished setting up everything for the big event. It looked beautiful. 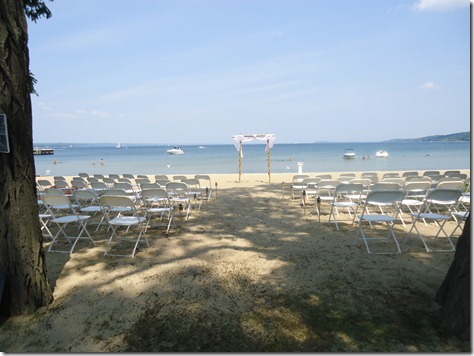 It was super hot outside, but luckily Melissa had the whole senior center building rented out for the day so we could hang out and get ready in air conditioning. We passed time by chatting, sipping on some Champaign, and watching the Olympics until it was time to get start getting ready. 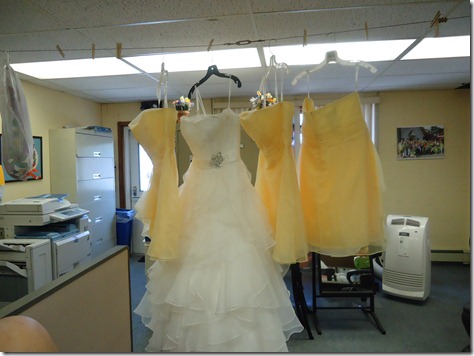 (minus a bridesmaid dress)

Once us girls were dressed, we helped get Melissa into her dress and by then the photographer had arrived. I helped for a few minutes but was quickly pulled away to take care of some last minute details for the wedding. I met up with the ushers and gave them their instructions, made sure that everyone who was supposed to receive a corsage was pinned and ready to go, and helped the father of the bride fix a tie situation

Before we knew it, it was 5:00 and time to start the ceremony!