I’m back from a fantastic weekend at Cedar Point with Eric. As always, it went by way too fast! I hate how you can look forward to something for so long, and then just like that it’s over. Time sure does fly when you’re having fun!

I arrived in Lansing on Friday morning and after loading up Eric’s car, we hit the road for Sandusky. We were both starving by the time we left so we decided a stop for lunch was in order. Chinese buffet? Yes, please! 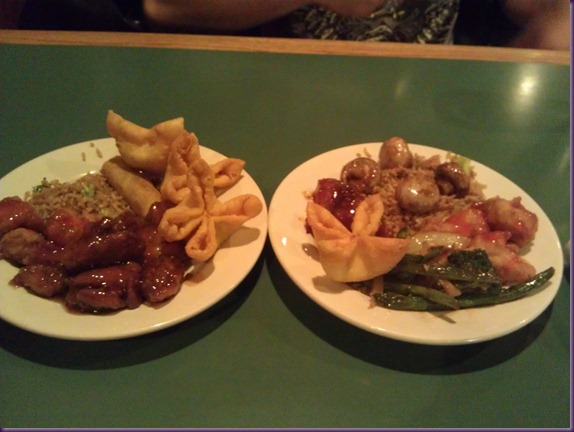 I haven’t had Chinese food in forever, so when he suggested it I gladly accepted the offer. 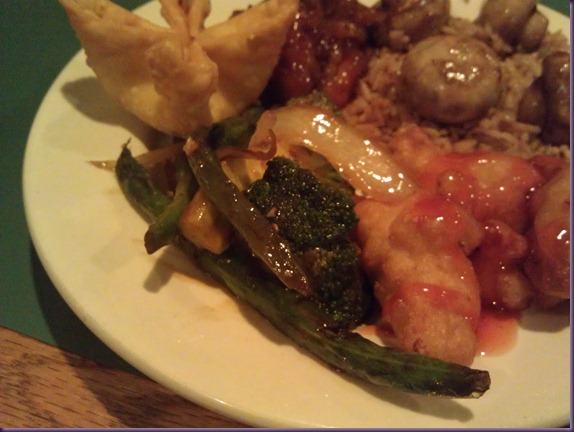 I filled up on fried rice, mushrooms, sweet and sour chicken, green beans, sesame chicken, and crab rangoons and it was all delicious.

While it’s one of my favorite foods, Chinese food is obviously not the healthiest of lunches and I think it definitely set the tone for the rest of our dining choices while on this trip. As you’ll see in the rest of this post (as well as tomorrow’s), all attempts to stick to a healthy eating plan went out the window this weekend and we both just enjoyed ourselves without worrying about calories. No regrets. 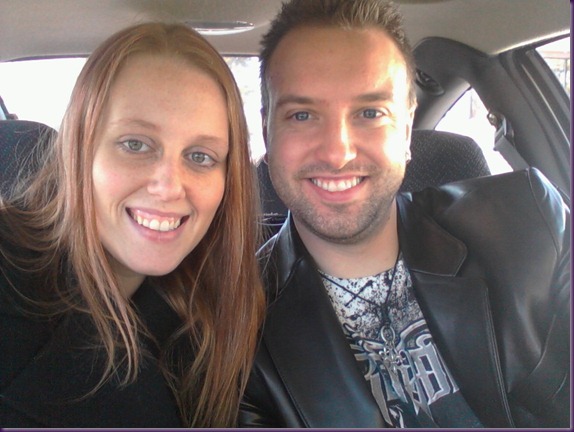 I passed time in the car by reading blogs on my phone and playing with my camera, because there’s nothing more exciting than taking pictures of the highway! 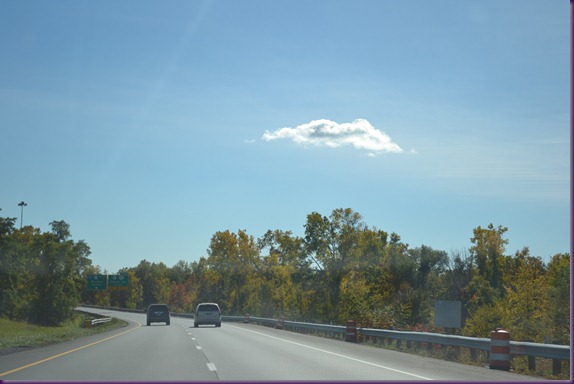 After a three hour car ride, we finally pulled into the hotel parking lot. We’ve stayed at a number of Sandusky hotels over the years, but we’ve always said that the first trip we go on once we’re graduated was going to include a stay at the Castaway Bay resort. Castaway Bay is a Cedar Point affiliated hotel and is the only one with an indoor waterpark at the hotel. How cool is that?!

While the amenities were awesome, the hotel rooms were pretty standard. 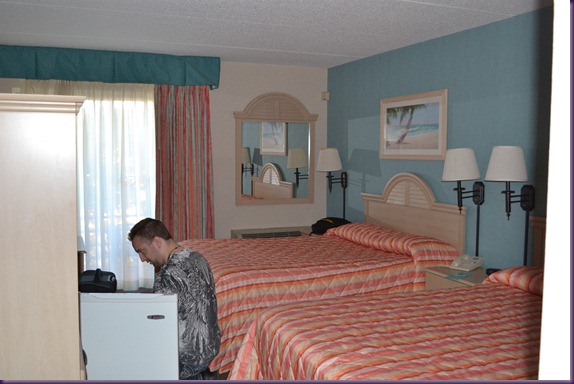 (Our room had two beds because all the rooms with a single queen were booked when I made the reservation over a month ago..crazy!) 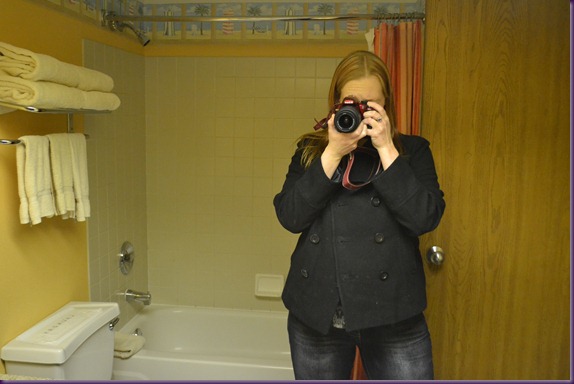 Our Halloweekends package included two nights at the Castaway Bay resort, water park passes good for the entire duration of our stay, complementary Friday night tickets to Cedar Point, discounted Saturday tickets, and parking. Having all of these things taken care of right up front was extremely convenient; I would definitely recommend it purchasing a package like this.

After getting settled in our room, we decided to grab a bite to eat before heading to the amusement park for the rest of the evening. There was a TGI Friday’s right at the hotel, which made our decision easy. 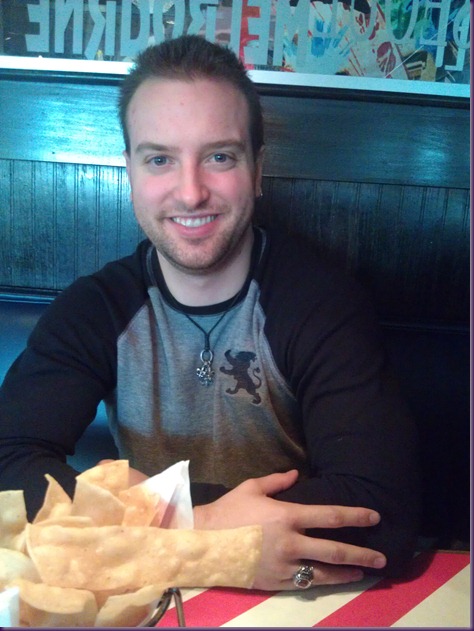 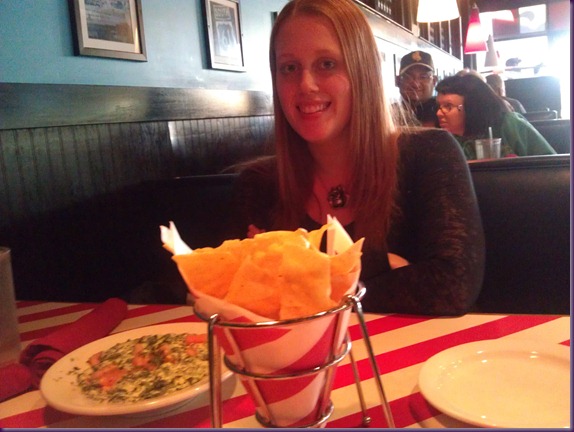 We shared some spinach and artichoke dip and I ordered a bowl of French Onion soup. It was all really good!

When we were done with dinner, we headed over to the park for the rest of the evening. I didn’t get any pictures because it was dark, but I did get some on Saturday, which I’ll be sharing in tomorrow’s post. For the rest of this post, however, I want to share my pictures from the indoor waterpark that we hit up on Saturday morning 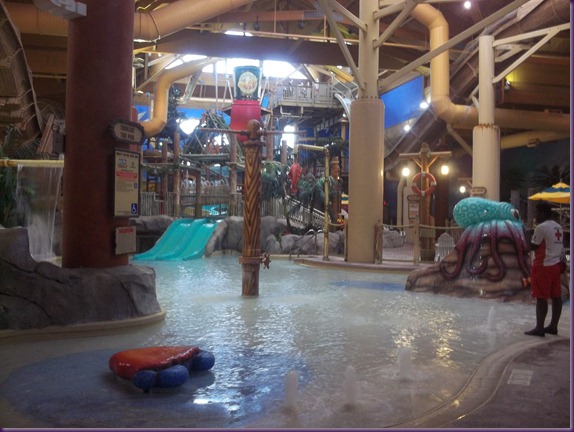 The waterpark contained a large climbing structure with two water slides attached, a separate raft water slide, three water slides that wound around outside the hotel, a wave pool, a spa, and a number of other pools for children to play in. 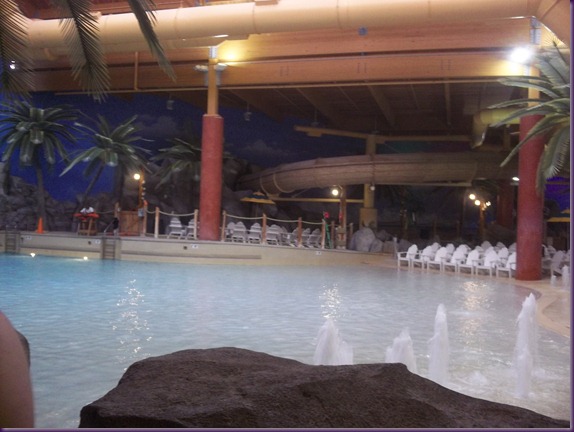 We tackled the climbing structure first and tested out the attached water slide (there were two, but only one was open). 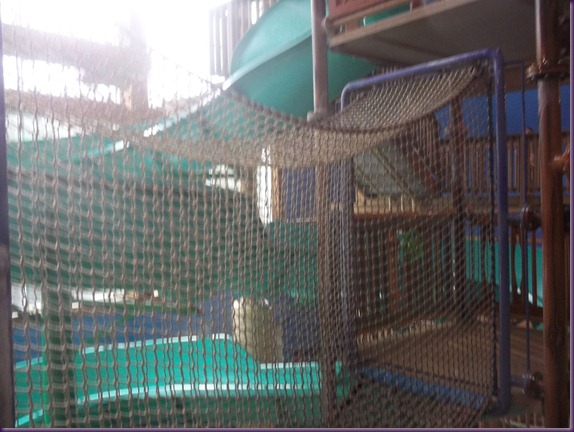 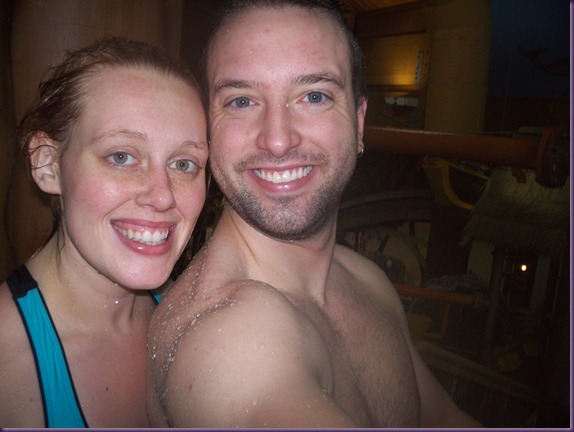 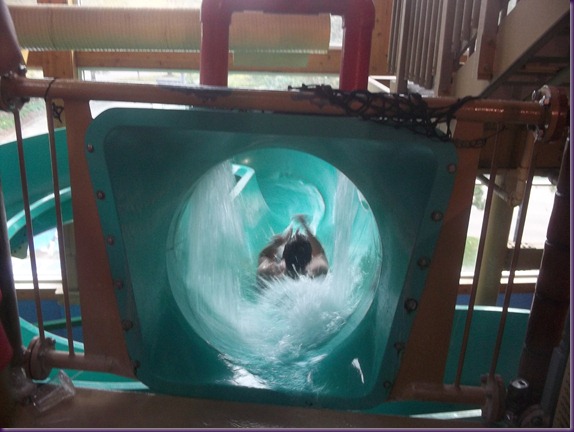 Here’s a short video clip that Eric took while going down this one: 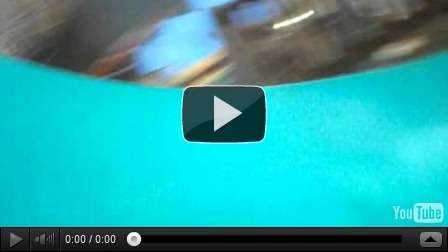 Next we tried out the larger water slide, where you sit in rafts. 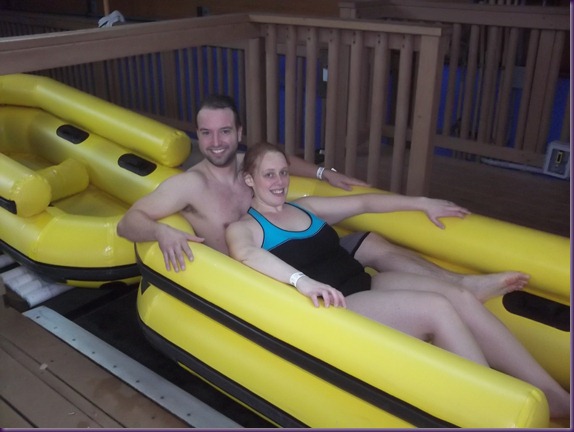 Here’s a video from this one, but it’s not very good because it was pretty bumpy and we went through a couple of dark tunnels where you can’t see anything. Bummer. We sure laughed a lot though! 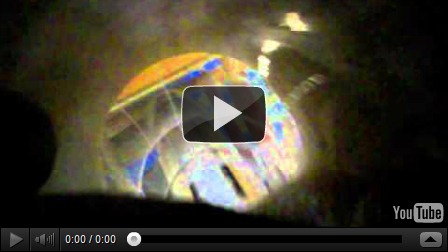 Next, we tried out the three waterslides that wound around outside the hotel. These slides were probably the most fun because they were so fast! Not only do you start out at a pretty decent speed, but they all accelerated at the end. I was flyin’ out of those water slides! 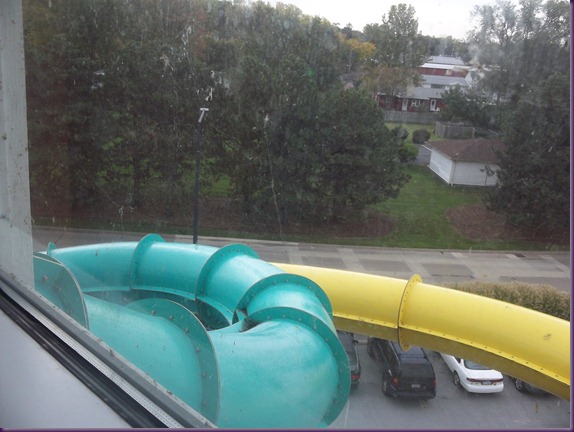 When we were done with the waterslides, we played in the wave pool for a bit. 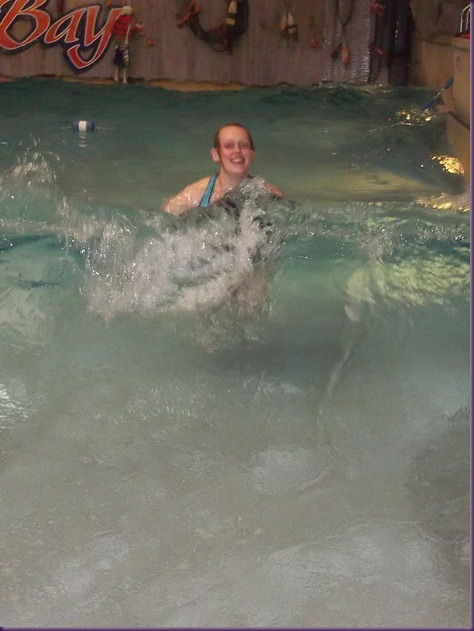 Yes, we are both twenty-something pharmacists and still enjoy kickin’ it in the wave pool like little kids. No shame.

Before leaving we relaxed in the hot tub, which was actually an indoor/outdoor spa. I wish I had gotten a picture of it, but my camera died after that last shot in the wave pool. There were plastic dividers hanging over a small opening that led outside, which was awesome because I love outdoor hot tubs in cool weather.

It was a great morning at the waterpark and we were really glad we made the decision to stay at the resort. It’s been on our Cedar Point bucket list for years, and now we can finally cross it off!

See ya tomorrow with the final recap from our weekend!