I’m back and more excited than ever to start blogging again and recommit to the healthy lifestyle that has, admittedly, fallen to the wayside over the last few months. It’s amazing how much of an impact regular blogging has on my dedication to healthy eating and exercise. When I don’t have hundreds of people to share my weight with or the pressure of a dinner post weighing (PUN!) on me, I’m so much more likely to blow off the gym out of sheer laziness or run out and pick up some ice cream for an evening snack. It’s also terrifying how easy it is to sink into old habits, and how quickly weight can creep back on.

For almost three years I was so motivated and made so much progress, and then it’s almost like I just got tired of it. It’s hard work maintaining a healthy lifestyle, but hard work is the only thing that’s going to get you where you want to be. I’m not quite ready to dive into the details about my weight – that’s a post for another day – but I will say that I’m quite disappointed in myself. I’m capable of so much more, and I know I can do better. However, it’s a new day, a new month, and a new start (and a new blog design!) and I can’t wait to get going.

I could go on forever about my future diet and exercise plans, but for right now, I’d like to back track and share a few of the highlights from the last month and a half that ya’ll have missed!

I’ve still been seeing Eric, and we’ve been having a ton of fun together. It’s tough being in a long distance relationship (for those who don’t know, he lives three hours away in Lansing), but we are usually able to see each other most weekends. Near the end of August, we went to a Microbrew Festival here in Traverse City at the old hospital grounds. 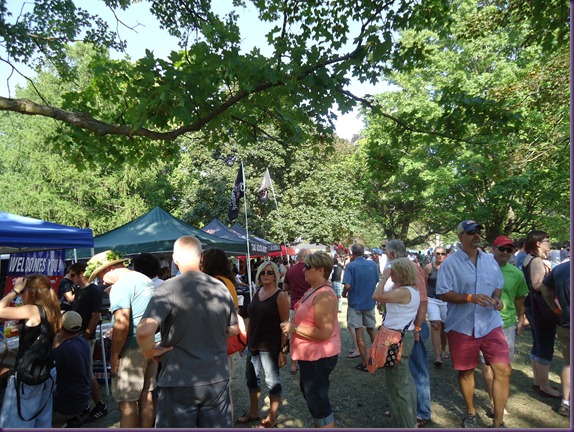 For the festival, you purchase a ticket that gets you in the door and comes along with five tokens, each valid for one 7-ounce beer sample. There were tons of breweries from all over the state, and we had a blast sampling all the different flavors. I purchased mason jars for each of us to use for our samples (rather than the small plastic cups that you are provided with at the entrance) which ended up being a great decision because they were much larger than 7 ounces and most vendors filled them up to the top. We definitely got our money’s worth! 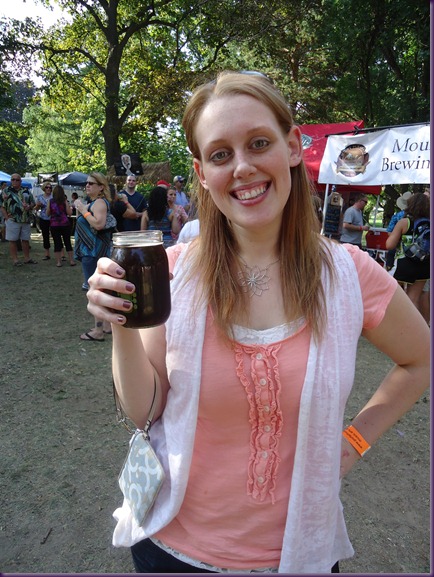 The night ended with a “silent disco,” which was so much fun. It was held in a huge tent, and rather than blast the dance music out loud, everyone wore headphones. It looked so goofy to the people who were outside the tent because it looked like everyone inside was jumping around like maniacs, but to those inside who were wearing the headphones, it was a party

. Between all of the beer samples, the live music, and the silent disco, it was a fantastic night and I’m sure we will be back next year! 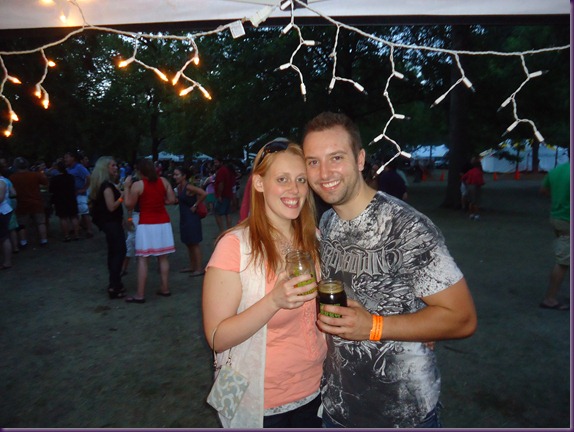 A couple of weeks later, I celebrated my sister’s birthday with the family before she left for school for the semester. She’s transferring to a university in the Upper Peninsula – nearly five hours away from Traverse City! Needless to say, I won’t be seeing her much this year

. I met up with her and my parents at Harbor 22 for a nice dinner. 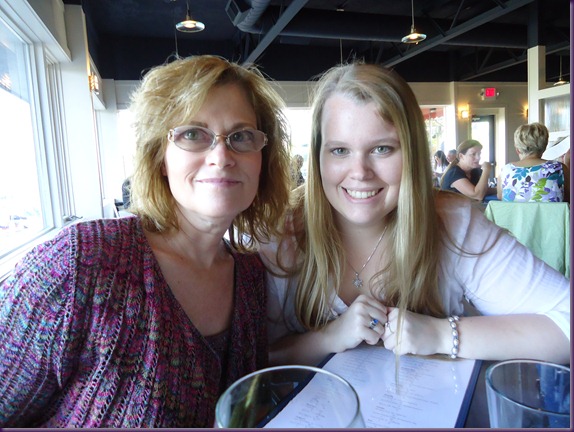 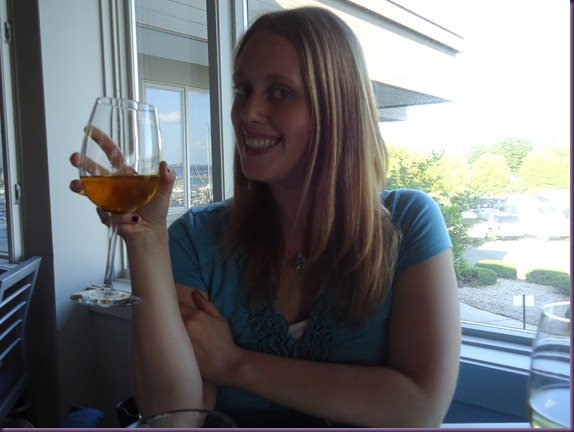 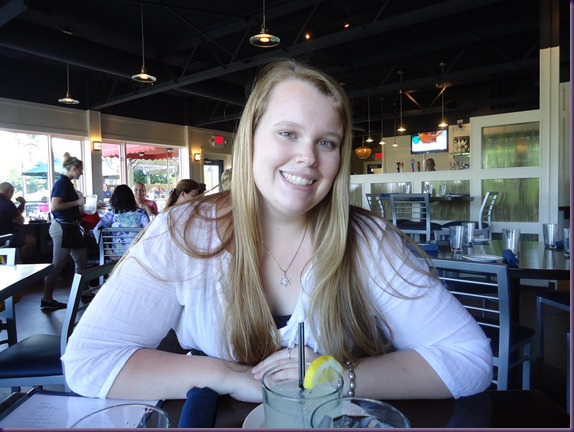 The table shared a plate of stuffed mushrooms as an appetizer, which were phenomenal. 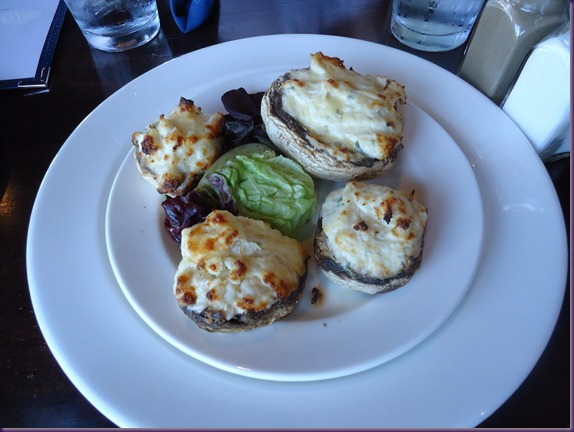 For my main meal, I ordered the crab cakes, which were served with sweet potato fries. 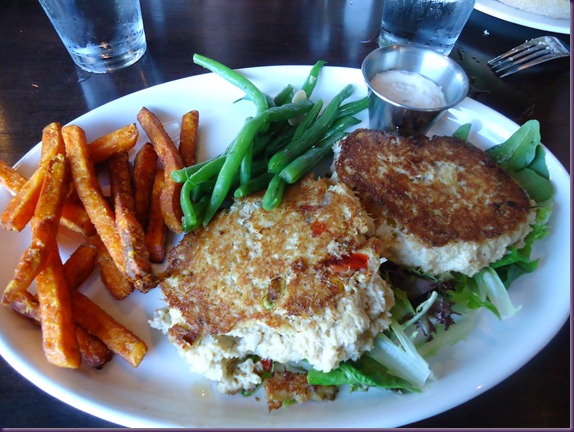 It was a nice night and ended with homemade cheesecake that my mom made. So good!

Over Labor Day weekend, Eric and I drove up to his parents’ house in Iron Mountain to spend some time with them. It was a wonderful weekend full of good food (including some homemade spinach and artichoke dip that was to die for), lots of games of Scrabble, and a couple of trips up Pine Mountain. 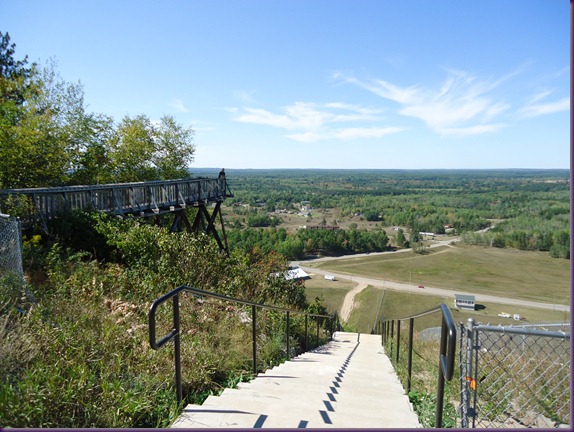 It’s quite a hike up to the top (500 steps!) but the views are totally worth it. 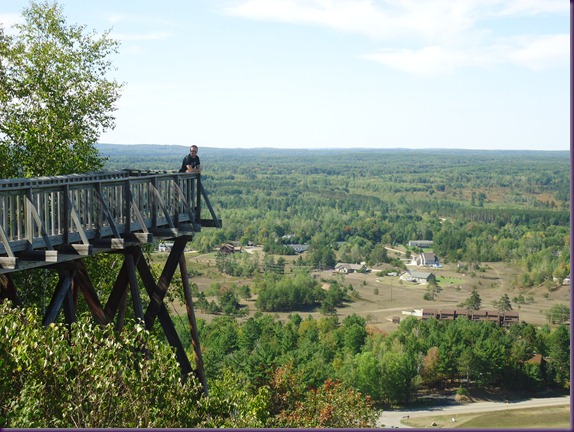 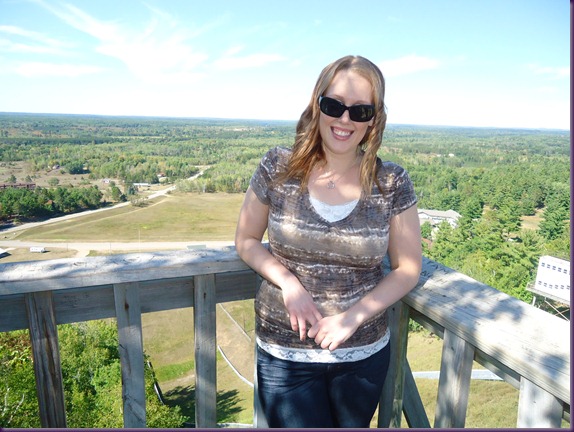 Plus, it’s a lot more fun than a Stairmaster I worked the next couple of weekends after Labor Day, but last weekend we headed down to Rochester for our friends’ Julie and Matt’s wedding! 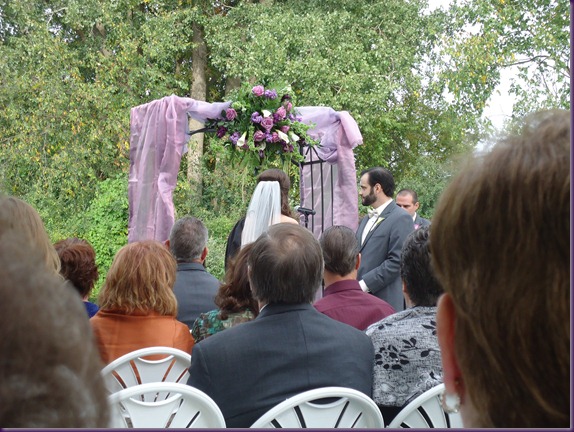 My handsome date and I : 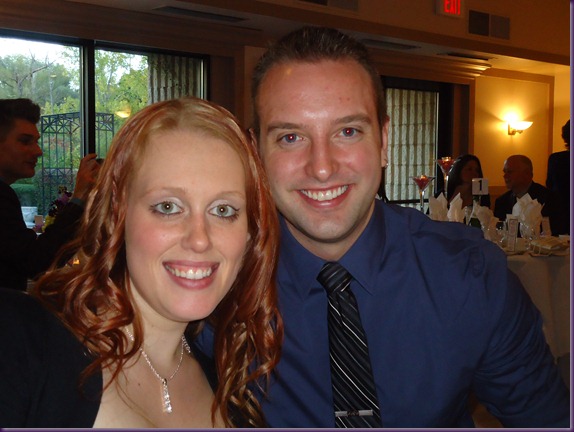 A bunch of our friends from pharmacy school attended the wedding, so it was great to catch up with everyone and see what they’ve been up to since we graduated.

This is my good friend Elly and I (she’s been on the blog a number of times). 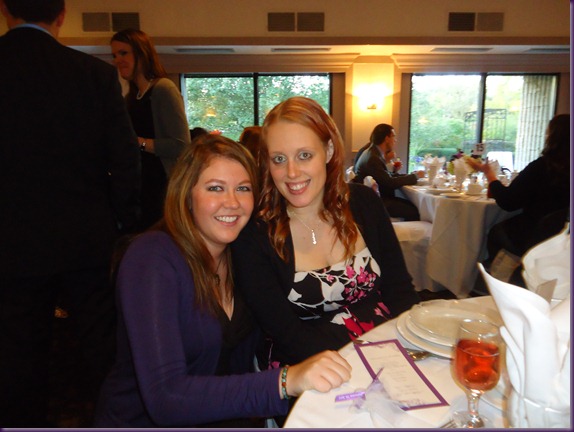 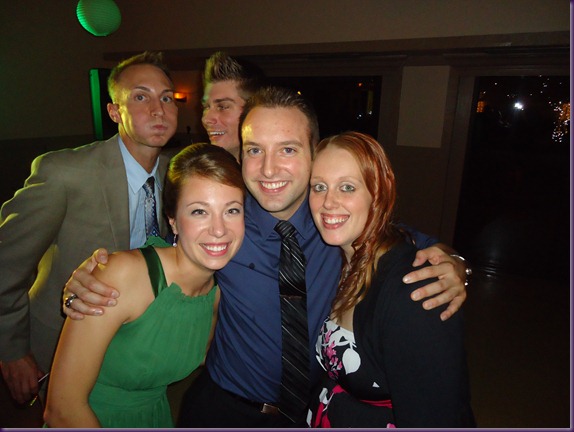 Finally, here I am with Eric and our good friend Josh, who just graduated from the Chicago College of Pharmacy and is currently working in Detroit: 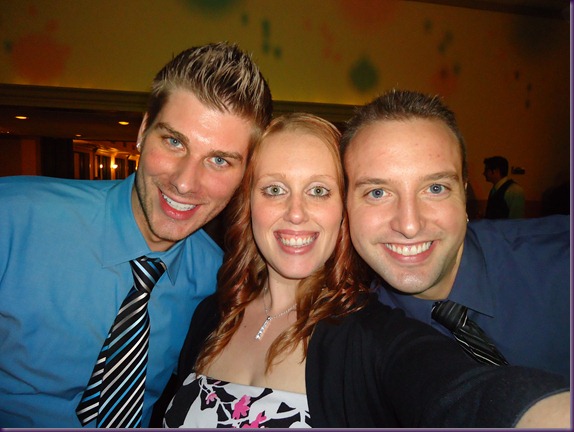 The newlyweds were pretty busy chatting with all of the guests, but I did manage to snag the bride for one picture! 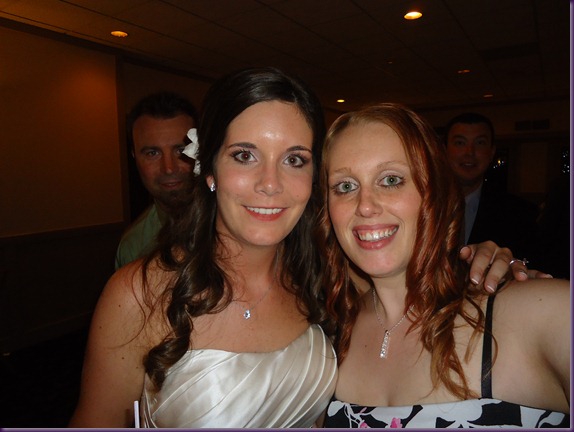 Their wedding was beautiful and so much fun, but I think my favorite part was the photo booth. You could take as many people in the booth as you wanted and enter it an unlimited number of times, and everyone got their own copy of the picture!

Give a fun group of young adults an open bar and a free photo booth full of props, and you’re sure to end up with some pretty awesome pictures

Well guys, this post has gotten long enough! I didn’t bust out my camera too often over my “blog break,” hence the lack of food pictures, but I’m glad I got a few pictures of some of the great times I’ve had over the last few weeks. Good memories right there

. Hopefully many more to come!